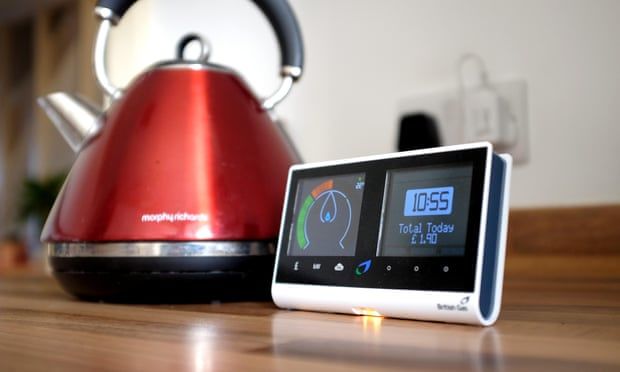 Ofgem admits it should have acted sooner to protect UK households

Regulator says it missed chances to make energy market more resilient, after wave of collapsed providers
The energy industry regulator has admitted that British households would have been better off weathering the winter gas crisis if it had acted sooner to crack down on financially unstable energy suppliers.

The Ofgem chief executive, Jonathan Brearley, told MPs that households could face a bill of about £200m to cover the costs left by a string of energy provider collapses since gas market prices rocketed to record highs last September.

“We need a retail sector that’s more resilient and more able to deal with the kind of shock that we’ve seen,” Brearley told the Commons business select committee. “And to be clear, chair, we accept that had we done that earlier this would have been better for customers.”

The Ofgem boss, who stepped into the role in February 2020, identified multiple missed opportunities to strengthen the rules for energy suppliers that could have helped to avoid the number of supplier collapses, and the related costs for bill payers and the Treasury.

Instead, regulatory decisions had been “dominated” by the desire to create more competition by increasing the diversity of suppliers within the market but that new regulation to protect customers against poorly-run companies was not put forward “with the pace and scale that I think with hindsight that we needed”.

“When you look back at the history of Ofgem’s decision-making … without doubt there was a perspective at the time that we needed to diversify the market, and challenge the dominance of the big incumbent companies. That’s what dominated thinking at the time. It’s my view that we should have combined that with greater financial resilience,” he said.

The UK has had the largest number of energy company casualties across Europe, after a steady influx of energy startups to the market over recent years, many of which used their customers’ credit balances to provide working capital while offering heavily discounted energy deals.

The cost of paying these credit balances back to customers after their supplier has gone bust, combined with the cost of sourcing gas and electricity from the market at current rates, is covered by imposing higher energy bills across the market.

Although the regulator brought in plans to toughen financial checks on small suppliers at the beginning of 2020, it has taken action against only one, despite evidence that many in the market relied on their customers’ credit balances to stay afloat.

It set out new rules in November last year that will test energy companies against a range of financial scenarios, and set an improvement plan for companies showing signs of financial weakness that could put their customers at risk.

In a scathing report late last year, Citizens Advice said there had been evidence of financial weakness in the energy market “long before this year’s crisis”, but that Ofgem had failed to heed warnings, meaning households would bear the brunt of its “catalogue of errors”.

Citizens Advice has called for an independent review of the causes of the market collapse, including Ofgem’s regulation and reforms, and action by the government and Ofgem to protect consumers from unnecessarily steep increases to bills to pay for the cost of supplier collapses.
Add Comment