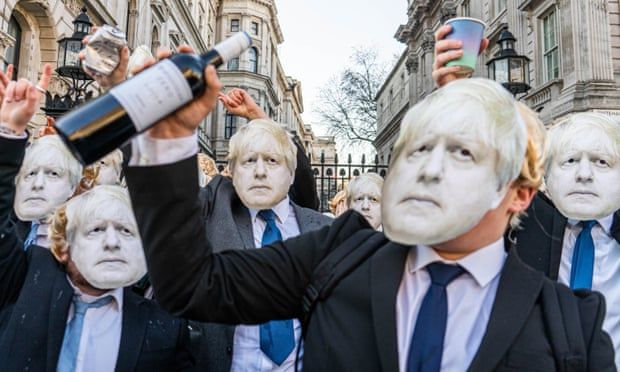 Office drinking culture slowed down in the 90s. But not for journalists – and now they are running the country

Spirits at work were common in the 60s, and pints at lunchtime were normal in the 80s, but most workplaces sobered up
The time to be alive, if you wanted to drink hard liquor at work, was the 60s, but it actually is not possible to drink spirits all day without something terrible happening. Not “rude remark” terrible, not “accounting mistake” terrible, but “falling out of a window” terrible. To drink like this, you would have to be both in the 60s and in a film.

Nevertheless, a couple of pints at lunchtime, even in reputable careers such as teaching, was still commonplace in the 80s. By the 90s, it had mainly been phased out – except if you were a journalist. When I got my first job on a paper in 1994, it was routine to arrive at 10am, go to lunch at 12.30pm, come back to the office at 2pm to leave your jacket on the chair (the universal camouflage of the presentee), go back to the pub, then regroup in the office at 4.30pm to collect your jacket. When the nation decided to put in charge of the country a bunch of men whose formative professional years were 80s and 90s Fleet Street, the obvious risks were that they would run the place like a newspaper column, with tiny amounts of knowledge parlayed into huge statements that, unlike a column, would turn into concrete acts, and have consequences for millions of lives. That turned out to be devastatingly true, but what, weirdly, none of us predicted was that it would also turn Downing Street into a year-round Oktoberfest.

Picking over the finer details of the Downing Street drinking culture, though, there are bits that I just do not recognise. Never, in the most outlandish excesses, did I ever see anyone sleeping overnight at work; playing Pictionary until midnight; or leaving drink dregs at their desk for the cleaner to deal with. The government is apparently run by people who don’t have other lives: they have nobody they want to rush back to, nobody waiting at home who cares where they are; they can’t even wrap their heads around the dignity of the cleaners, the people they see every day. The problem runs a bit deeper than a wheelie suitcase full of prosecco.
Add Comment