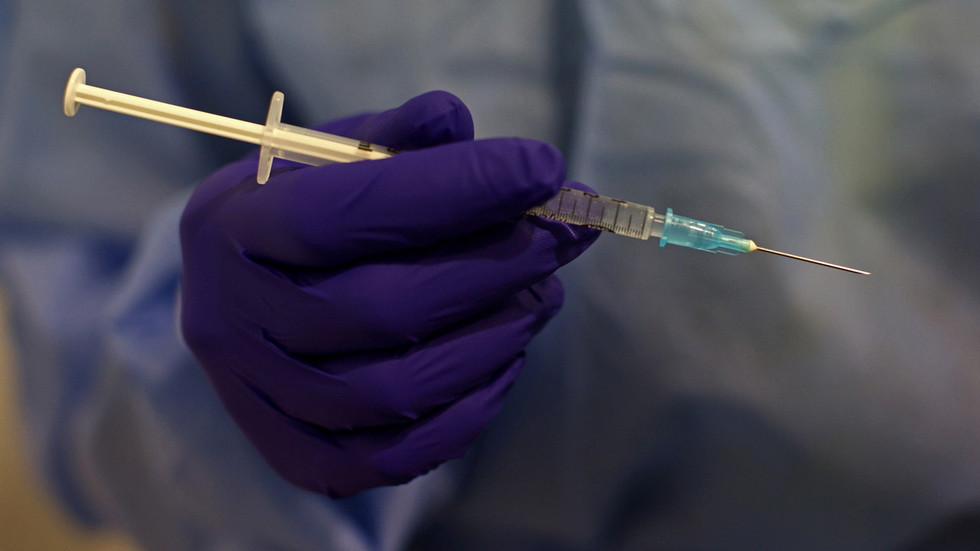 The number of major blood clots reported in recipients of AstraZeneca's Covid-19 vaccine has risen from 100 cases last week to 168, the UK's medicines regulator has said, but added that the jab's benefits still outweigh the risks.
The new figures mean the overall incidence rate of such complications from the British-Swedish jab jumped from 4.9 to 7.9 clots per million administered doses, the Medicines and Healthcare products Regulatory Agency (MHRA) said on Thursday.

Rare cases of blood clots led to several countries halting their use of the AstraZeneca vaccine, while others, including the UK itself, placed age limitations on who it can be administered to. In mid-April, Denmark became the first EU member state to completely suspend the jab due to concerns over its side effects.

All but one of the 168 cases were registered after the first dose of the AstraZeneca vaccine, the MHRA said.

The complications included 71 incidents of cerebral venous sinus thrombosis (CVST), which occurs in the brain, and other major thromboembolic events with concurrent thrombocytopenia. The cases involved 93 women and 75 men aged between 18 and 93.

The number of those who died from the clots rose from 22 to 32 people, compared to last week, but the fatality rate from the side effect dropped slightly overall and now stands at 19%.

The "true number" of blood clots caused by AstraZeneca vaccine per million people will "become clear fairly soon" as data keeps coming in, said Adam Finn, a paediatrics professor at the University of Bristol and a member of the UK's Joint Committee on Vaccination and Immunisation (JCVI).

However, with the UK so far administering more than 21.2 million doses of the jab, it was "already clear" that blood clots were going to remain "a very rare event," Finn added.

The MHRA reiterated that "on the basis of this ongoing review, the advice remains that the benefits of the vaccine outweigh the risks in the majority of people."

"If you take a trans-Atlantic plane, the risk of thrombosis is 50 times higher than if you are vaccinated by AstraZeneca," the minister said.

The formation of blood clots after the UK-Swedish jab was "very rare," with the incidence rate in France being five cases per million people, according to Veran.
#COVID-19  #vaccine  #AstraZeneca  #Covid
Add Comment