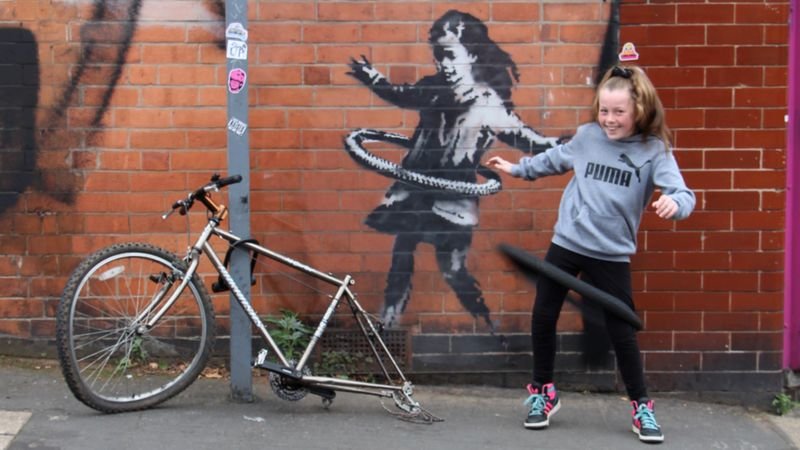 On Saturday Banksy confirmed a new piece of graffiti on a residential street off Nottingham city centre was by him. By Sunday, the queue to snap a photo of the world-famous artist's work stretched down the road and around the corner.

It is the first piece of famous art the 39-year-old care assistant has ever seen in real life. She, like many, was so excited when she drove past she swung the car round to grab a photo.

"I couldn't believe it was genuine at first - it looked like one, but a Banksy, on Ilkeston Road?

"I'm really really happy it was real. He's obviously seen something in this city... it is really uplifting." 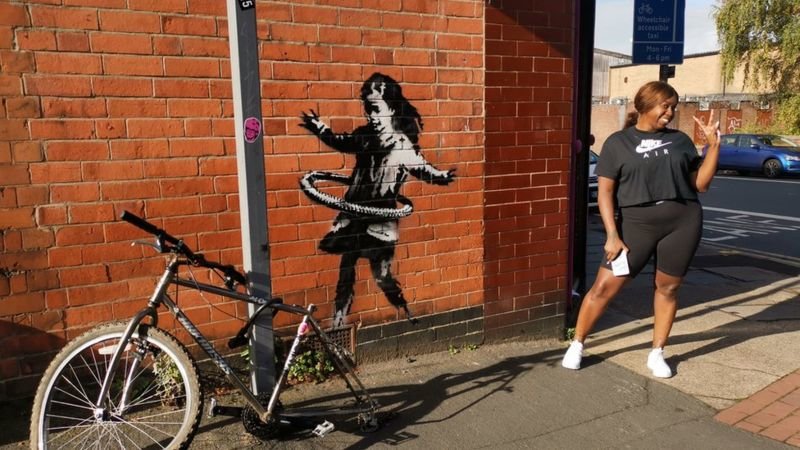 When we met by the painting on Thursday - before the elusive artist had claimed the work as his - there was just a small crowd.

By Sunday hundreds were pouring in from all across Nottingham and further afield, bringing their dogs, children and cameras.

People were stopping their cars in the middle of the road just to jump out and take a photo, others had formed an orderly and (largely) socially distanced queue.

Many told me they were not that "into" art, but were nevertheless excited and proud the city had been chosen by Banksy, and they wanted to be part of it.

As one woman, who had brought her three young children with her, said to me: "It's once in a lifetime, isn't it?" 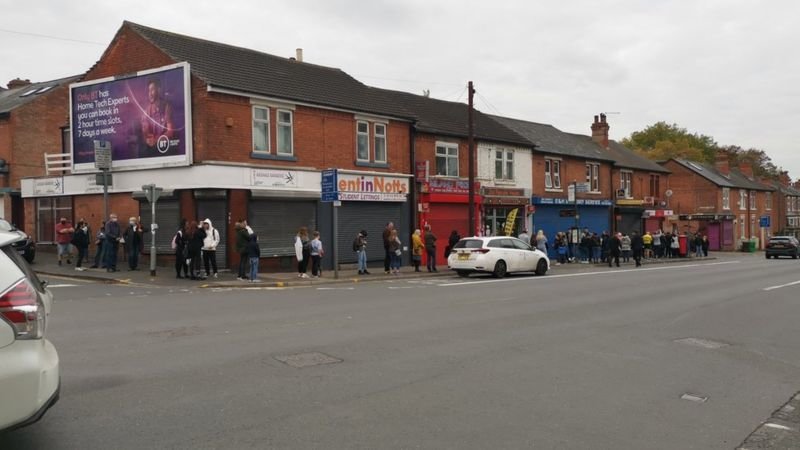 The queue for to see the artwork stretched around the road

The city has been in the news recently for having the highest rate of coronavirus infections in England.

A letterbox just metres away from the work made headlines last week when it became so filled with Covid tests more deliveries had to be put on.

Everyone I spoke to said how pleased they were Nottingham was "finally" getting some good publicity.

But there was also a feeling Banksy may have been tapping into something more fundamental.

The street the artwork is painted on is in Lenton/Radford area, which within living memory was a hub of industry for big names like bicycle-maker Raleigh.

But many of these traditional big employers have gone bust or moved away. Whether or not it was deliberate, some have seen the broken bike in the artwork as a nod to this. 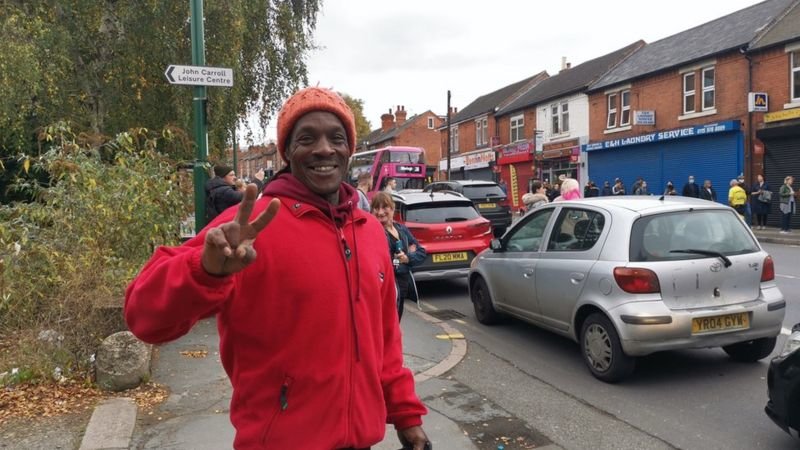 Natty B says the art is "bringing people together"

Natty B, a 59-year-old fitness instructor who was brought up in the area, says he can remember playing with discarded bike parts just as the hula-hooping girl is in the artwork.

He said: "He has seen the local heritage - this artwork is Nottingham. I'm amazed and overwhelmed it is here.

"But then again why shouldn't a corner of Radford deserve a piece of international art?"