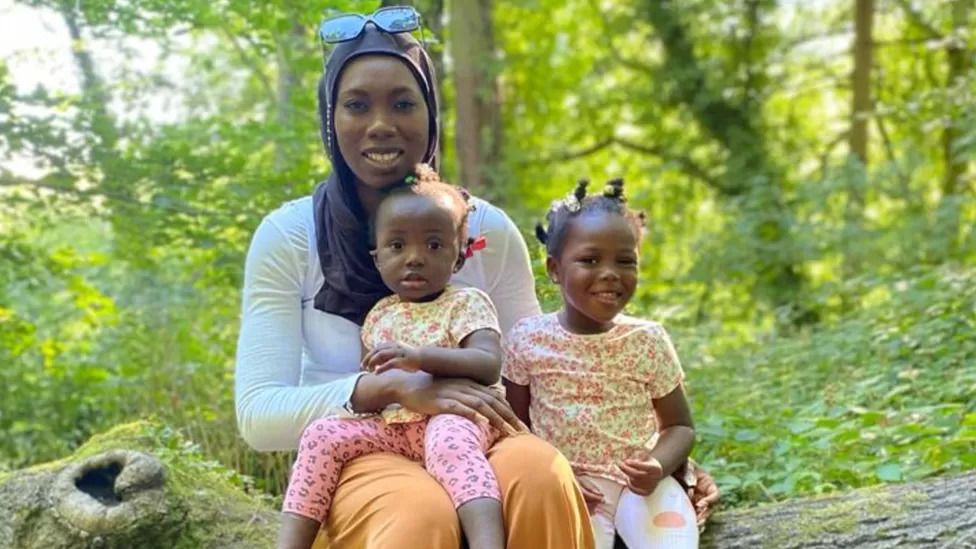 Nottingham: Mother dies after fire that killed her children

A mother has died two days after a flat fire that killed her two daughters, police have confirmed.

Fatoumatta Hydara, 28, was taken to hospital after the fire in Fairisle Close, Clifton, Nottingham, on Sunday morning, but died on Tuesday.

Her children, one-year-old Naeemah Drammeh and Fatimah Drammeh, aged three, were taken to hospital but pronounced dead shortly after.

A man, who was arrested on suspicion of murder on Sunday, remains in custody.

Nottinghamshire Police has been given an extra 36 hours to question the 31-year-old. 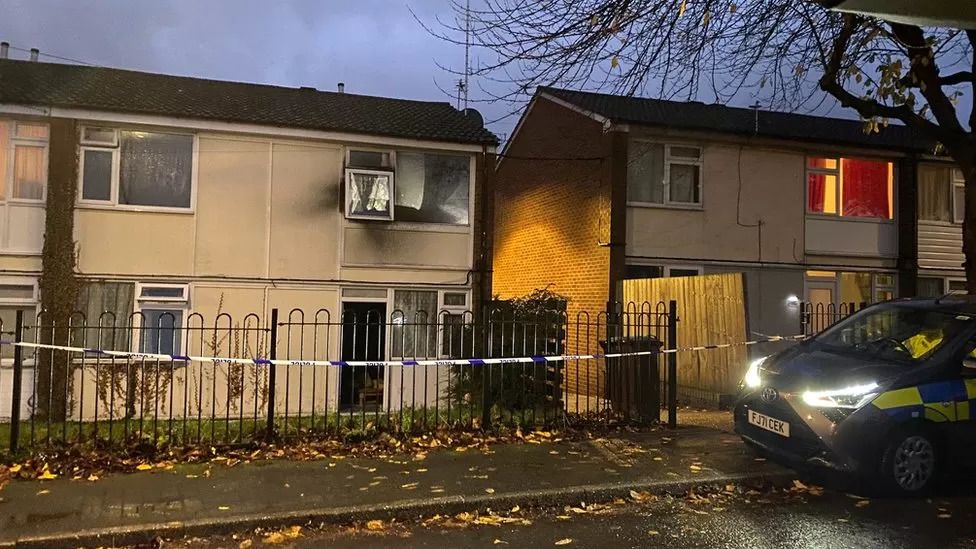 A joint investigation by the police and fire service concluded the fire was started deliberately
Det Ch Insp Mark Sinski, who is leading the investigation, said: "We are dealing with one of the most horrendous crimes - the death of two young children and their mother.

"This is a deeply upsetting tragedy and I can only imagine the family's pain. They include the woman's husband and the father of the two children, who was not in the UK at the time of the fire.

"Both he and other members of the family are being supported by specially-trained officers at this incredibly difficult time and we ask for the media to give them privacy while they deal with this incredible loss.

"This has been an extremely traumatic event for them and I'd like to reassure them we're doing everything we possibly can to bring them the justice they deserve." 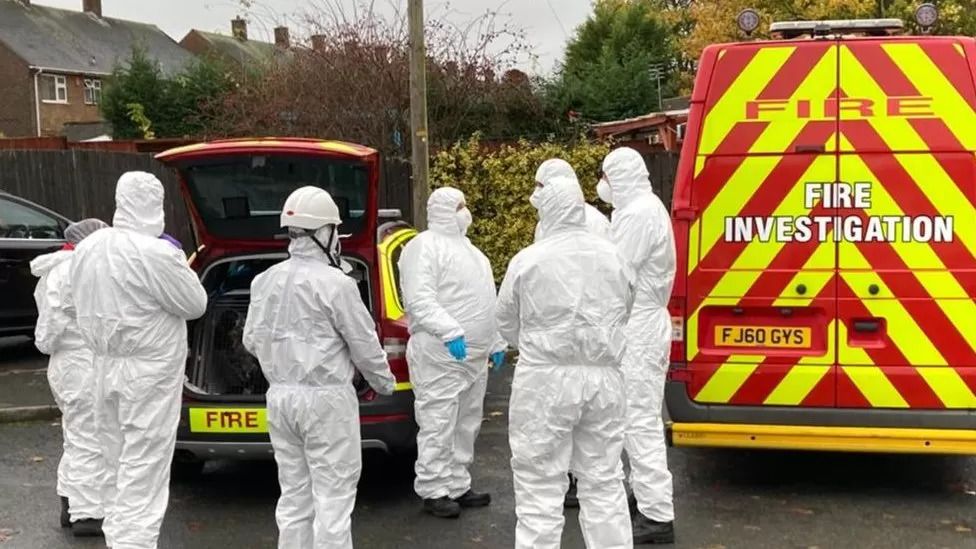 Forensic officers gathered evidence at the scene of the fire

Rob Perkins, headteacher at The Milford Academy, paid tribute to three-year-old Fatimah, who attended the nursery.

In a statement, he said: "We are just beginning the painful process of coming to terms with what has happened and the heartbreaking realisation that two young children and a mother have lost their lives.

"Fatimah was a kind, joyful and determined member of our nursery.

"Her sunny personality ensured she made friends wherever she went, and she loved a cuddle.

"Fatimah was happiest with a paintbrush in her hands, crafting her next masterpiece.

"Her contagious laugh could be heard by all as she scooted around the garden on the three-seated bike - she loved the outdoors.

"Our nursery won't be the same without her and she is dearly missed by all of us." 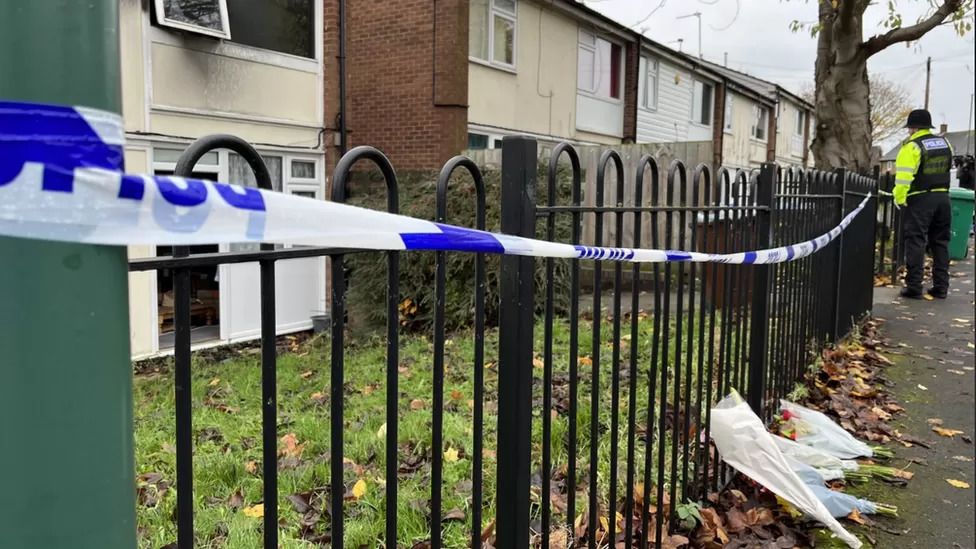 People have been leaving floral tributes to the fire victims

Police said high-visibility patrols would remain in the area over the coming days to offer reassurance to people living nearby and answer questions.

Det Ch Insp Sinski said: "The local community has been shocked and deeply saddened by the events of the past two days and I want to thank those living in the area for the patience and understanding while we gather evidence at the scene.

"I also want to thank those who have already come forward, but I would urge anyone with any information, regardless of how insignificant you think it may be, to contact us."

Floral tributes have been left at the scene since the fire was put out at about 04:00 GMT on Sunday, and people have been lighting candles at a local church.

Adam Lamb, 40, who lives on the street, placed flowers and a teddy at the cordon.

He said: "Everyone's shocked at the moment. They didn't stand a chance did they?"

Nottingham South MP Lilian Greenwood said on Monday: "I'll do everything I can to support my constituents and the local community in the days and weeks ahead.

"It's devastating to hear that the fire was started deliberately. I hope that anyone who may have seen anything which could assist the police with their investigation will come forward."