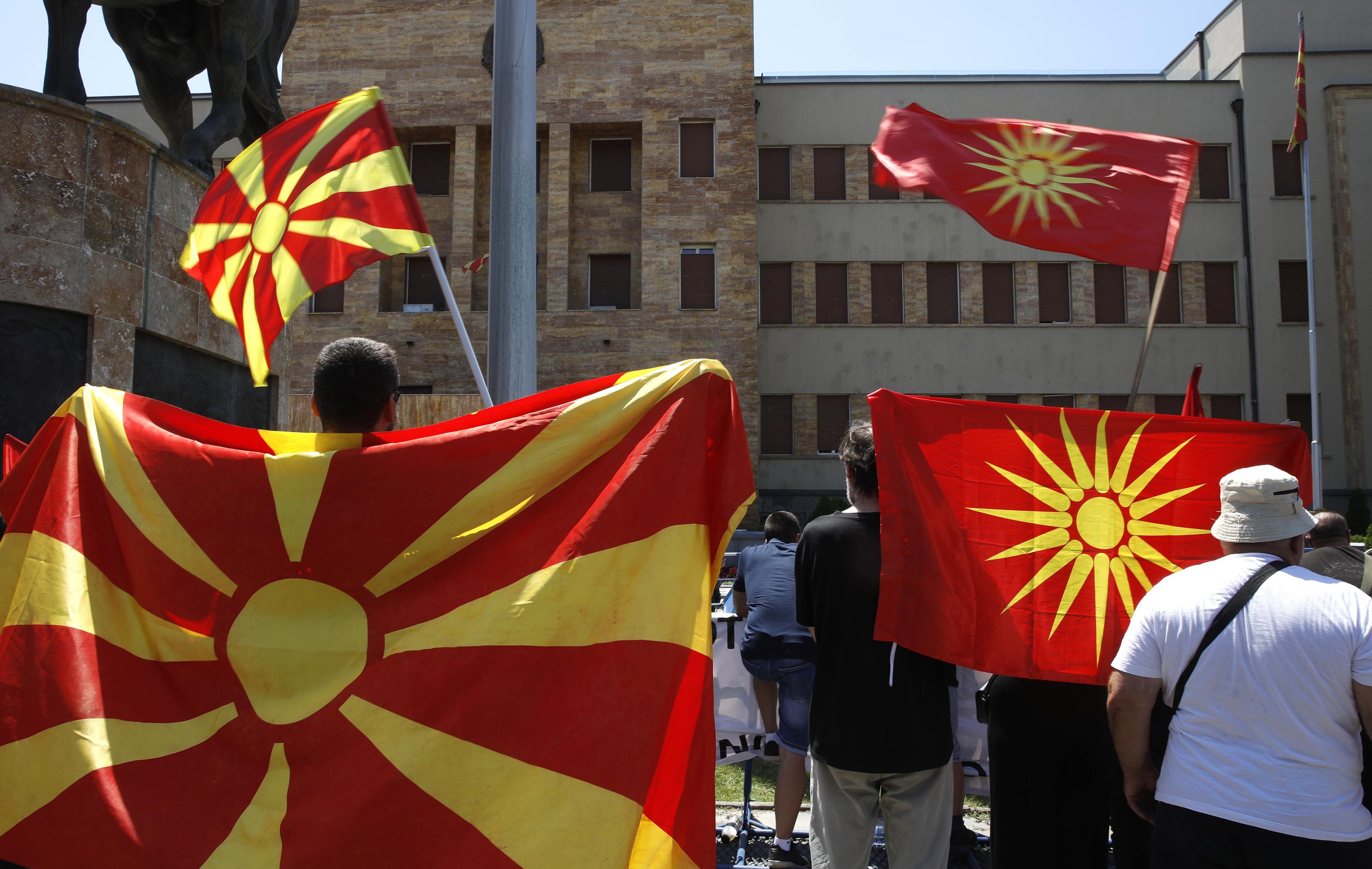 North Macedonia has approved a French proposal that opens the way for negotiations to join the European Union and overcome Bulgarian objections.
There were 68 votes in favor of the proposal in the 120-member chamber, with the leftist coalition, which has 61 seats, getting the backing of small ethnic Albanian parties. Opposition lawmakers left the chamber in protest, abstaining from the vote.

Protesters have gathered again outside Parliament, as have done every day for more than 10 days now. Protests have occasionally turned violent.

Under the proposal, announced by French President Emmanuel Macron last month, North Macedonia would commit to changing its constitution to recognize a Bulgarian minority, protect minority rights and banish hate speech, as Bulgaria, an EU member since 2007, has demanded.

The deal would also unblock the start of negotiations for neighboring Albania, another EU hopeful.

Macron had stressed that the proposal doesn’t question the official existence of a Macedonian language, but he had noted that, like all deals, it “rests on compromises and on a balance.”

But revising the constitution may prove too high a hurdle, since that requires a two-thirds majority, or 80 votes. The main opposition party, the center-right VMRO-DPMNE, and its allies, as well as a small leftist party, with 46 seats among them, have declared they will never agree to change the constitution.

Lawmakers also voted to make sure the negotiations with EU are conducted on an equal and principled basis, respecting the norms of international law, with unreserved respect for the Macedonian language and national identity.

The country’s ruling coalition has backed the proposal as a reasonable compromise that doesn’t endanger national interests or identity, while the opposition has denounced it a national betrayal that caves in to Bulgaria’s questioning North Macedonia’s history, language, identity, culture and heritage.

“This is a crime against the whole nation. Such a grave mistake has never had happened since the independence,” VMRO-DPMNE lawmaker Aleksandar Nikoloski said.

The French proposal has also roiled Bulgaria, where Prime Minister Kiril Petkov has accepted it. His centrist government was toppled in a no-confidence vote on June 22 when allies described Petkov’s willingness to lift the veto of North Macedonia into the EU as a “national betrayal.”
Add Comment