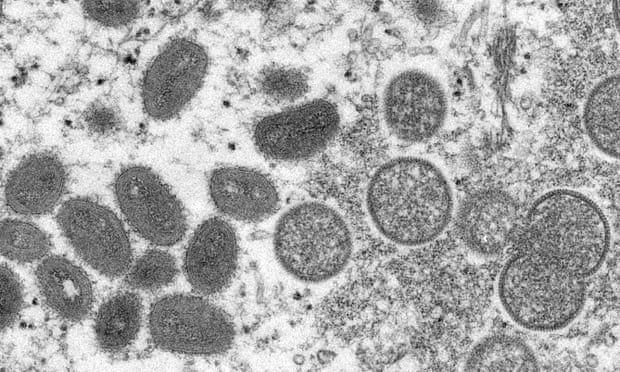 No room for complacency over monkeypox, says WHO

In a statement issued on Friday, Dr Hans Kluge, the WHO regional director for Europe, called on governments and the public to increase efforts to prevent the disease from extending its geographical reach. “Urgent and coordinated action is imperative if we are to turn a corner in the race to reverse the ongoing spread of this disease,” he said.

According to Kluge, more than 90% of confirmed cases in the latest outbreak have been in the Europe region, with cases reported in 31 countries and areas. He said confirmed cases across the region had more than tripled since 15 June, reaching more than 4,500. Most cases for which information is available have been in men who have sex with men, although some have been identified in other demographics, including in children.

Last week it was disclosed that the outbreak would not yet be classed as a public health emergency of international concern, but Kluge said the committee involved would revisit its position shortly. The label was used for Covid-19, which declared a PHEIC by the WHO on 30 January 2020.

“In the meantime, WHO continues to assess the risk of monkeypox in the European region as high,” he said.

While Kluge said no confirmed cases had died, 10% have been hospitalised for treatment or for isolation purposes, and one had been admitted to an intensive care unit.

“There is simply no room for complacency, especially right here in the European region with its fast-moving outbreak that with every hour, day and week is extending its reach into previously unaffected areas,” he said, adding the stigmatisation of men who have sex with men in some countries was compounding the challenge.

Data from the UK Health Security Agency released on Friday showed that as of Thursday, there had been 1,235 confirmed cases in the UK, up from 1,076 confirmed by last Sunday.

Dr Sophia Makki, an incident director at UKHSA, urged people participating in Pride events on Saturday to check for blister-like spots and rashes.

“If you have a rash or blisters, stay at home, phone a sexual health clinic, and get tested,” she said. “Please be vigilant for any monkeypox symptoms in the coming weeks, especially if you are having sex with someone new. To assist with our contact tracing, we encourage everyone to ensure they exchange contact details with sexual partners.”
#COVID-19  #Covid
Add Comment