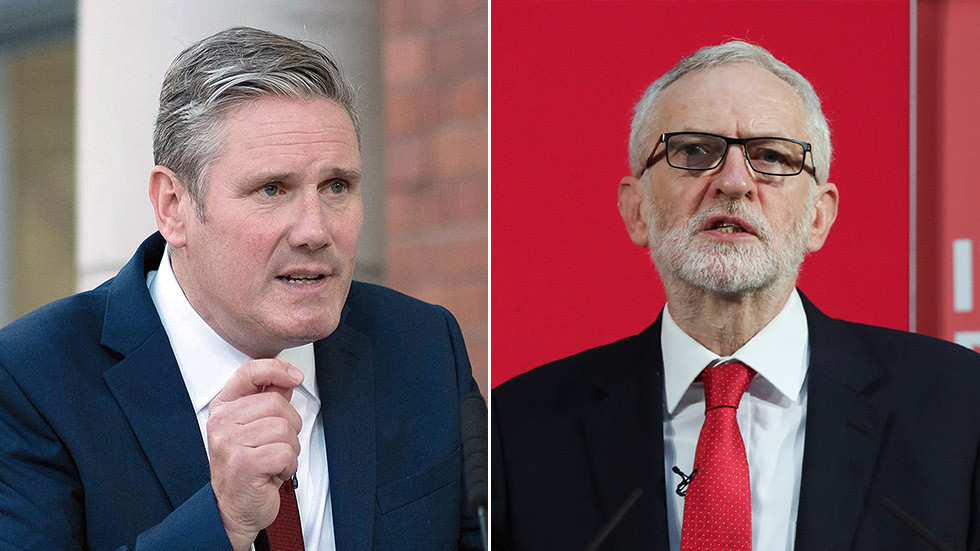 The leader of Britain's Labour Party Keir Starmer has said there's 'no reason for civil war,' after the suspension of former party leader Jeremy Corbyn over his response to a report on anti-Semitism in the party caused division.

The party leader attempted to instil calm within the party on Friday by issuing a firm call for unity, following the suspension of his predecessor.

"I stood as leader of the Labour Party on the basis that I would unite the party but also that I would tackle anti-Semitism. I think both of those can be done. There's no reason for a civil war in our party."

On Thursday, a damning report by the Equality and Human Rights Commission into anti-Semitism within Labour found that the party had committed unlawful acts of discrimination and anti-Semitism. Jeremy Corbyn, who led the Labour Party at the time, responded by claiming that the issue had been "dramatically overstated for political reasons." After that, he was suspended from the party pending an investigation.

With Corbyn promising to strongly contest his suspension, Starmer is facing a potentially bitter battle between his supporters and the people who backed his predecessor, threatening to reopen a "damaging" divide in the party, according to left-wing grassroots movement Momentum's co-founder James Schneider.

Corbyn's former Shadow Chancellor John McDonnell took to social media to criticize the suspension and to "urge all party members to stay calm" in the interests of party unity.

On the day we should all be moving forward & taking all steps to fight antisemitism, the suspension of Jeremy Corbyn is profoundly wrong. In interests of party unity let’s find a way of undoing & resolving this.

Starmer has been unequivocal in his desire to tackle any form of discrimination within his party, and wants to root it out to ensure "the words Labour and Labour Party and antisemitism in the same sentence again."