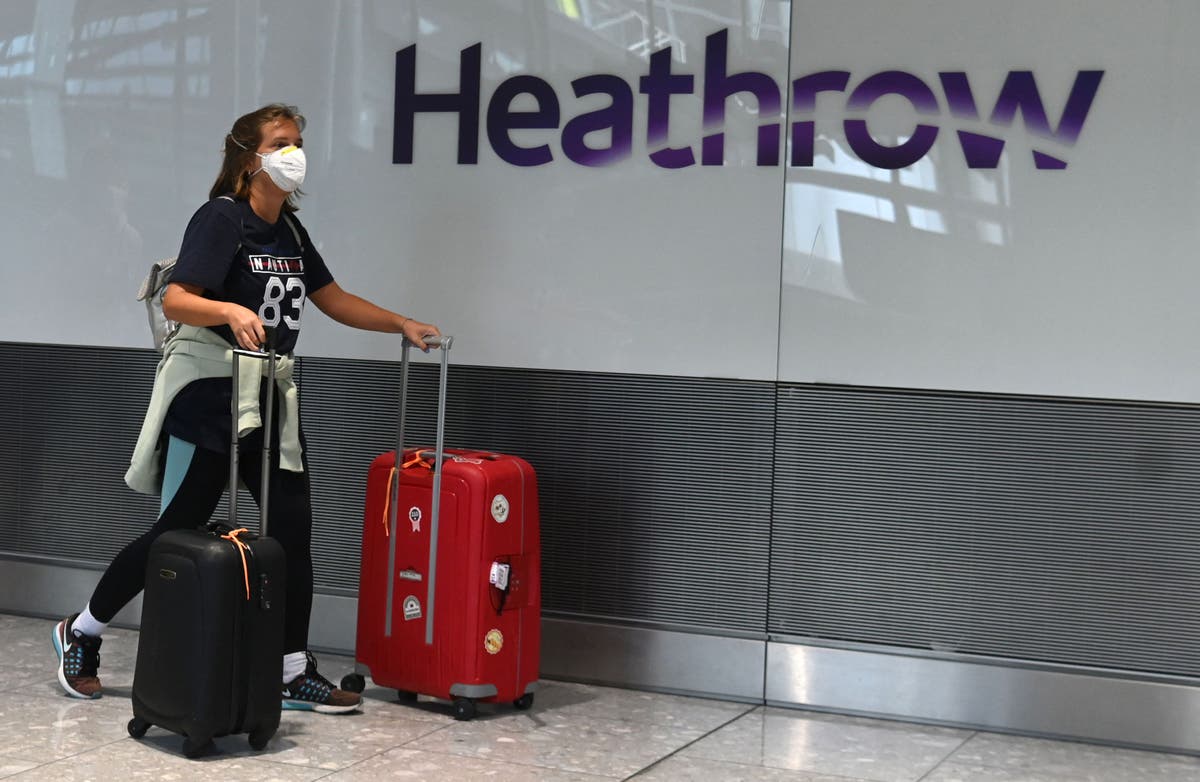 Young adults were on Friday warned that they will be grounded in Britain if they do not get the Covid-19 jab.

Transport Secretary Grant Shapps stressed that people who do not get inoculated will be unable to fly to most, if not all, countries.

He highlighted Britain’s world-leading vaccine roll-out, which has so far seen nearly 90 per cent of adults get the first jab and more than 70 per cent fully jabbed.

But he told Sky News: “Within the 20 and 30-year-olds, it’s fewer. That’s partly, of course, because they have been offered it more recently.

“But they will need to get vaccinated if they want to travel internationally again.”

The UK has not seen the level of vaccine hesitancy as in the US and some European and other countries, which has slowed inoculation programmes, so will not “turn to compulsion” to get more people jabbed to defeat the virus, said Mr Shapps.

However, he told LBC Radio: “If you want to travel internationally, you will need to be double-vaccinated almost everywhere in the world.”

Mr Shapps added: “It makes perfect sense to get a vaccination, why would you not want to not only protect yourself but your loved ones and people that you don’t even know who will get protected when we are all protected?” 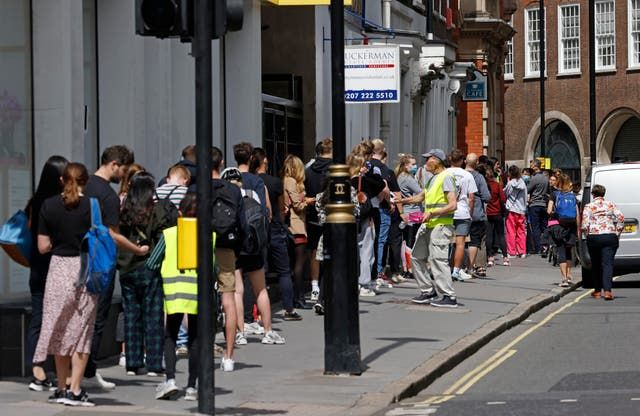 Young people queue for a Covid vaccine in London

After the lifting of lockdown laws on July 19, most adults still felt measures such as wearing a face covering while shopping and social distancing from those not in their household were either very important or important, 90 per cent and 88 per cent respectively, according to an ONS survey.

Dr Jeff Barrett, director of the Covid-19 genomics initiative at the Wellcome Sanger Institute, suspects Britain does not yet have “herd immunity” against coronavirus, with the threshold to achieve that against the Delta variant around 85 per cent, which could require nearly the whole population to have had the jab or to have been infected by the virus given that the vaccines are not fully effective.

Bishop of London The Rt Revd Dame Sarah Mullally appealed for “people of this great city to continue to hold personal responsibility for one another” ahead of a Festival of Bells which will see bells ringing in St Paul’s Cathedral and churches across the city tomorrow to welcome back more Londoners through their doors.

The Standard told yesterday how vaccine passports have effectively been introduced in England by changing the NHS app to include a “domestic” section which enables people to show proof of inoculation.

The Government is encouraging bosses to use this NHS Covid Pass “in facilities or events where people are likely to be in close proximity to a large number of people from other households for a sustained period of time”.

Asked about vaccine passports on ITV’s Good Morning Britain, Mr Shapps said: “We won’t go as far as requiring it to enter a shop or the pub, we will for very close contact things like going to nightclubs — other countries are for international travel.”