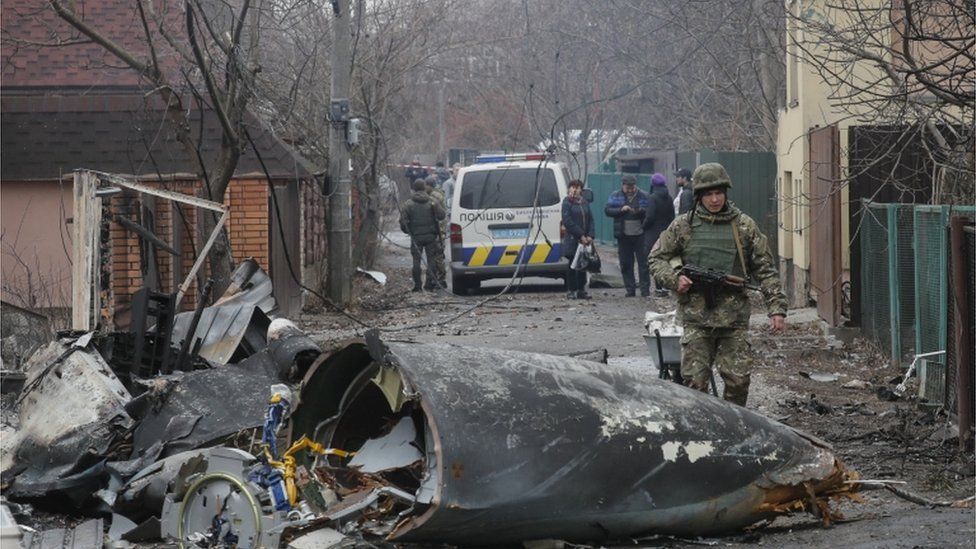 No-fly zone: What it means and why the West won't act

"The Ukrainian people are desperately asking for the West to protect our sky. We are asking for a no-fly zone."

This was the impassioned request from a Ukrainian woman who confronted UK Prime Minister Boris Johnson at a news conference on Tuesday.

"Ukrainian women and Ukrainian children are in deep fear because of bombs and missiles which are coming from the sky," Daria Kaleniuk said.

But despite Russian strikes hitting residential areas of Ukraine, and a mounting civilian death toll, there is little sign that the West will implement a no-fly zone. Here's why.

What are no-fly zones?

A no-fly zone refers to any region of airspace where it has been established that certain aircraft cannot fly.

It can be used to protect sensitive areas, such as royal residences, or brought in temporarily over sporting events and large gatherings.

In a military context, a no-fly zone is designed to stop aircraft from entering banned airspace, usually to prevent attacks or surveillance.

It has to be enforced by military means.

That could be surveillance, pre-emptive strikes against defensive systems or bringing down aircraft which enter the restricted area.

A no-fly zone over Ukraine would mean that military forces - specifically Nato forces - would engage directly with any Russian planes spotted in those skies and shoot at them if necessary.

Why won't the West introduce one in Ukraine?

The general, who served as Nato's supreme allied commander from 2013 to 2016, said that while he supports calls for a no-fly zone in Ukraine, it's a very serious decision to take.

"It's tantamount to war. If we're going to declare a no-fly zone, we have to take down the enemy's capability to fire into and affect our no-fly zone."

UK MP Tobias Ellwood, who chairs the Defence Committee, has backed the idea of a partial or total no-fly zone, calling for Nato to intervene due to civilian deaths and alleged war crimes.

But Nato's secretary general Jens Stoltenberg ruled out involvement by the organisation, telling NBC on Monday: "We have no intention of moving into Ukraine, either on the ground or in the air."

UK Defence Secretary Ben Wallace has made it clear that Britain would not help enforce a no-fly zone over Ukraine because fighting Russian jets would trigger a "war across Europe".

Speaking to BBC Radio 4's Today programme, he said: "I won't trigger a European war, but what I will do is help Ukraine fight every street with every piece of equipment we can get to them, and we will support them."

And the US has also ruled it out, for similar reasons.

The extra risk with any escalation in a conflict with Russia is the spectre of nuclear weapons. That fear came into focus after Russian President Vladimir Putin's announcement that he had put Russia's nuclear forces on "special" alert.

Many have interpreted his move primarily as a form of public signalling, rather than indicating a real intent to use such weapons.

But even the faintest hint of a world war which could become a nuclear war means, in spite of terrible scenes of civilians under attack, the likelihood of any no-fly zone in Ukraine is slim to none.

Have no-fly zones been used before?

After the first Gulf War in 1991 the US and coalition partners established two no-fly zones in Iraq to prevent attacks against some ethnic and religious groups. This was done without United Nations backing.

In 1992 during the Balkans conflict, the UN passed a resolution which banned unauthorized military flights in Bosnian airspace.

The UN Security Council also approved a no-fly zone as part of the 2011 military intervention in Libya.

The Bosnian and Libya zones were enforced by Nato forces.

Watch: Ukrainian woman in tears during question to UK PM 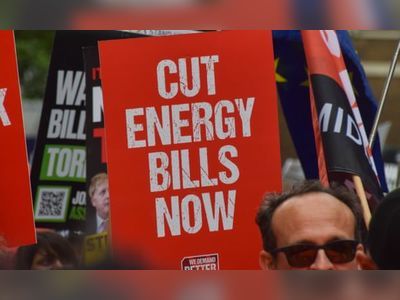 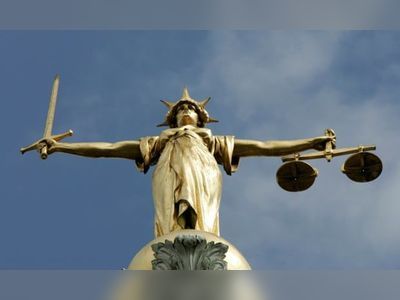