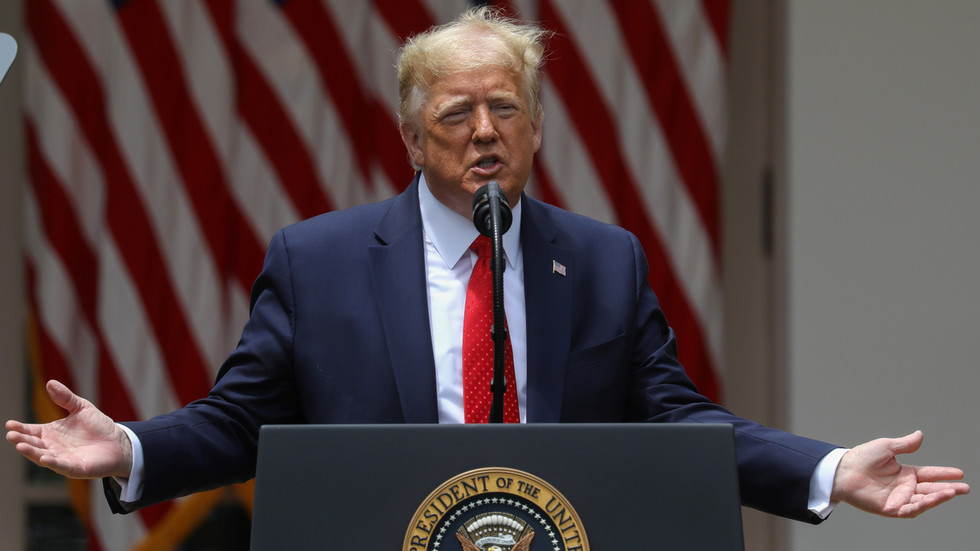 US President Donald Trump has signed an executive order urging police departments across the country to "adopt the highest professional standards," including increased use-of-force training and a partial ban on chokeholds.

Trump announced the order at the White House on Tuesday, after meeting with several Black Lives Matter families. It would ban chokeholds – except for when the police officer’s life is at risk – and prioritize federal funding to departments that meet high standards on use of force and de-escalation training.

“I strongly oppose the dangerous efforts to defund... and dismantle our police departments,” Trump said, adding that reducing crime and increasing standards are not mutually exclusive.

He also denounced the violence that protests against last month’s killing of George Floyd in Minnesota escalated into, and spread nationwide.

.@realDonaldTrump is a man of action. Today he unveiled a historic policing reform Executive Order that will keep communities safe, address some of the most significant issues in American policing & ensure equal justice & treatment for ALL Americans.

“There will be no more looting or arson,” Trump said. “Violence and destruction will not be tolerated.” The looters, he said, are not fighting for a cause.

Initial protests over Floyd's death quickly escalated into demands to abolish the police, racial reparations and campaigns to tear down monuments, all of which Trump has opposed.

“We must build on our heritage, not tear it down,” he said.

Legislative solutions may follow the executive order, Trump hinted in a nod to Senate Majority Leader Mitch McConnell (R-Kentucky) and Senator Tim Scott (R-South Carolina), who has been working on a sweeping police reform proposal that would codify into law some of the order’s elements such as reporting and training requirements.

Trump noted that a number of police unions and professional associations have endorsed his executive action, including federal officers, police chiefs, county sheriffs, district attorneys, the Fraternal Order of the Police and the Sergeants Benevolent Association, among others.

“Americans can achieve anything when we work together as one national family,” the president said, pointing out the rapid economic recovery from the coronavirus pandemic.