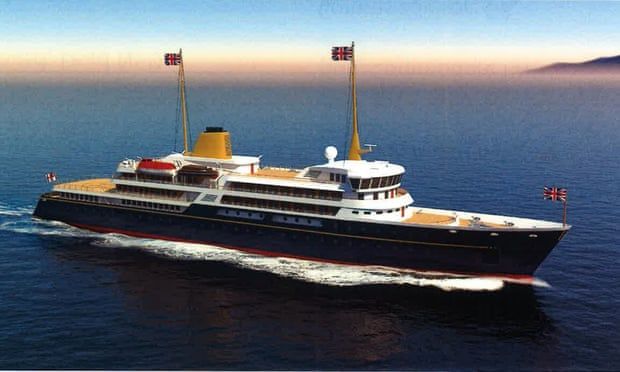 Amid withering criticism of project from likes of Ken Clarke, MoD learns it may not have to pay whole bill

Downing Street has backed down from insisting that the Ministry of Defence should foot the whole bill for new royal yacht Britannia in a Whitehall row about the funding of the £200m vessel.

The funding dispute comes amid growing criticism from experts and senior politicians about the purpose of the project. The Tory peer and former chancellor, Ken Clarke, called it “silly populist nonsense” and a rear admiral described the plans as resembling an “oligarch’s yacht”.

The Ministry of Defence (MoD) is resisting being lumbered with the cost of the project at a time when it is trying to fill a £16bn backlog in its equipment budget.

On Monday, Downing Street indicated that the yacht would be paid for out of the defence budget, with a spokesperson saying: “The procurement process, which is being done through the MoD, will reflect its wide-ranging use and so it will be funded through the MoD.”

This prompted a source at the MoD to say: “There is no final decision on which department will pay for it. But it’s clearly going to be us.”

No 10 then clarified on Tuesday that the MoD would initially only pay for the procurement process, and that the rest of the costs has not been allocated.

A Downing Street spokesperson said: “This is a ship that will promote UK trade and drive investment back into our country. So we expect any costs of building and operating the ship will be outweighed by the economic benefits that it brings over its 30-year lifespan.”

It is understood that at one stage, ministers even considered using the already reduced overseas aid budget to fund the yacht. That idea was resisted because of concerns it would further anger backbench MPs already furious at ministers reneging on the manifesto pledge on aid.

If the idea goes to plan, the Department for International Trade will be the main beneficiary, but it is not paying for it.

The Sunday Times reported the yacht had become the source of a “huge row” in government over how it is funded. The paper quoted an official as saying it was a “complete and utter shitshow” and added: “When it was first floated, the PM wanted it to be built in Britain. It was given to [Cabinet Office minister Michael] Gove to sort out, but it became clear that under procurement rules it could only be built here if it was a navy thing with a bunch of fake weapons on board. So Gove passed it on to the MoD. The Treasury stayed out of it.”

R Adm Chris Parry, a former senior naval commander, said: “Frankly the narrative around this has been really poor. And the designs I’ve seen – I wouldn’t go to sea in that – it looks like an oligarch’s yacht.”

He added: “The only way you can justify the MoD paying, is if it can also fulfil an operational role in addition to its ceremonial and commercial roles. It can’t just go round the seas as a permanent plaything exhibition space. It could be a hospital ship or an auxiliary ship. That way it is not just a prestige platform; it would contribute to the MoD as it is supposed to do and that is to produce military capability. And I think most of my colleagues think like that.” 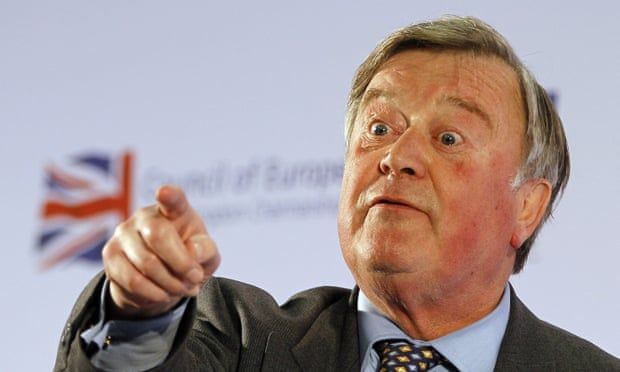 Lord Clarke told the BBC: “We have no money for that kind of thing.” He added: “It’s a symptom; £200m is not going to cause problems, but it shows there are people in No 10 who just think there’s free money and who think that waving a union jack and sending yachts and aircraft carriers around the world shows what a great power we are.”

Trevor Taylor, professorial research fellow in defence management at the security thinktank the Royal United Services Institute, pointed out that the vessel would cost at least £5m to run each year.

He said: “I can’t imagine the navy is very keen. If it is thought a genuinely useful asset to have for UK trade and diplomacy then surely it is the trade and foreign ministries that should be providing the finance. If they don’t think they will get significant benefit from it, then they should speak plainly to the prime minister.”

Tobias Ellwood, the Conservative chair of the defence committee, suggested proposals to leave the vessel unarmed could put extra pressure on the Royal Navy.

“Any other vessel would require a warship escort and that’s an extra burden our overstretched surface fleet cannot afford,” he tweeted.

Shadow justice minister Karl Turner asked: “How is it possible to vote against feeding school kids in a pandemic whilst at the same time justify spending upwards of £200m on Johnson’s holiday yacht?”