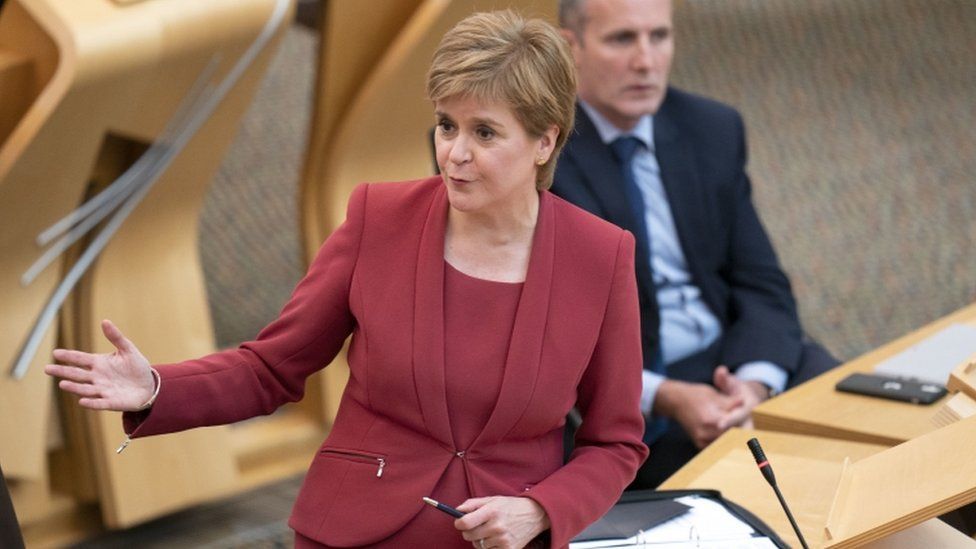 Nicola Sturgeon to set out plans for Holyrood year ahead

Nicola Sturgeon is to set out the Scottish government's plans for the year to come at Holyrood.

The first minister will announce her "programme for government" of upcoming legislation in a speech to MSPs.

This is likely to include new bills supporting the key themes of the SNP's power-sharing deal with the Greens.

That agreement includes pledges to reform the Gender Recognition Act, set up a National Care Service, and to hold a new referendum on independence.

Opposition parties will also have a chance to set out their proposals for the year to come, with two days of debate scheduled at Holyrood.

With Holyrood back in session after its summer recess, the first minister will set out her legislative plans for the year ahead.

It will detail how she plans to deliver on the pledges made in May's Holyrood election campaign, and in the co-operation agreement signed between the SNP and the Greens over the summer.

Ms Sturgeon has previously highlighted the economic and social recovery from the Covid-19 pandemic, tackling climate change and holding a fresh referendum on independence as the major challenges of the coming term. 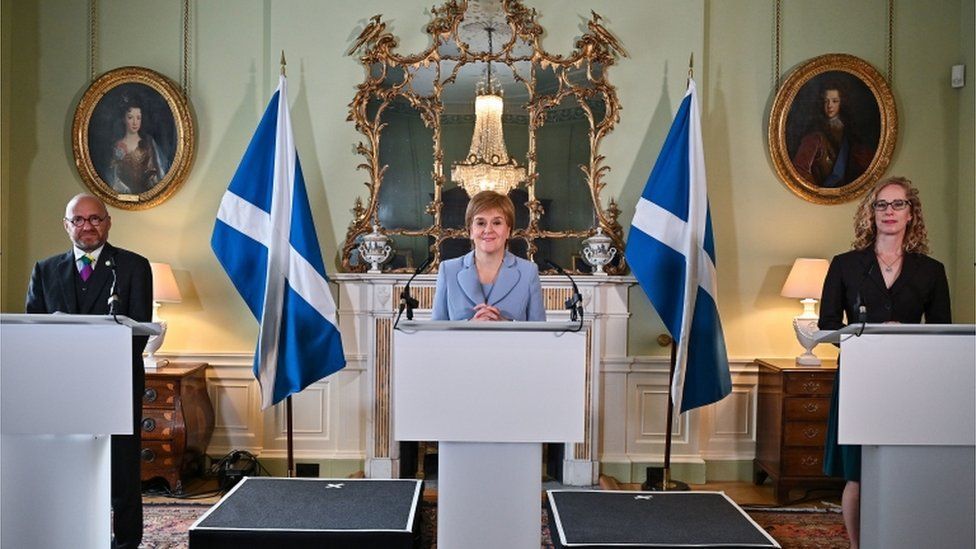 The policy programme agreed by the SNP and Greens as part of their power-sharing deal offers a range of insights into the legislation likely to be announced by Ms Sturgeon on Tuesday.

It commits the government to bringing forward legislation to reform the Gender Recognition Act to make it easier for trans people to change their legally-recognised gender "in the first year of this parliamentary session".

Ministers have already carried out a series of consultations on what has become a fiercely-debated topic, which means a bill could be tabled in short order.

The government has also already published a one-page draft bill seeking to pave the way for a new independence referendum, another "key strand" of the power-sharing arrangement.

This is also likely to be put forward for debate at Holyrood inside the next year, with Ms Sturgeon hoping to hold a referendum in the first half of the five-year parliamentary term.

The SNP had already pledged to draw up legislation to establish a National Care Service within the first year of term, and have also promised to replace the Scottish Qualifications Authority with a new agency overseeing the schools curriculum. 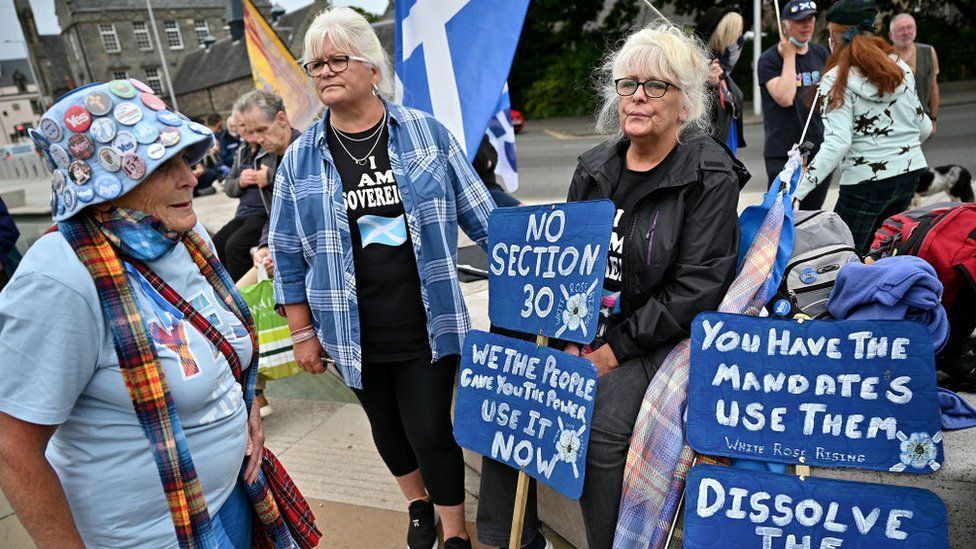 The SNP-Green deal also commits the parties to a range of other measures, including:

However, it is not known if these will be included in the legislative timetable for the year to come, or if some measures will be rolled out later in the term.

The power-sharing partners have also pledged to introduce a national system of rent controls, but legislation may be some way off as they have only committed to implementing this by the end of 2025.

They have said a Housing Bill will be brought forward in the second year of the parliamentary term, while a Natural Environment Bill aimed at protecting biodiversity and nature will follow in the third year of term.

A Circular Economy Bill will be introduced "later in this parliamentary session", while a Land Reform Bill focused on land ownership will be tabled in 2023 - alongside legislation to replace the Common Agricultural Policy system of farm subsidies. 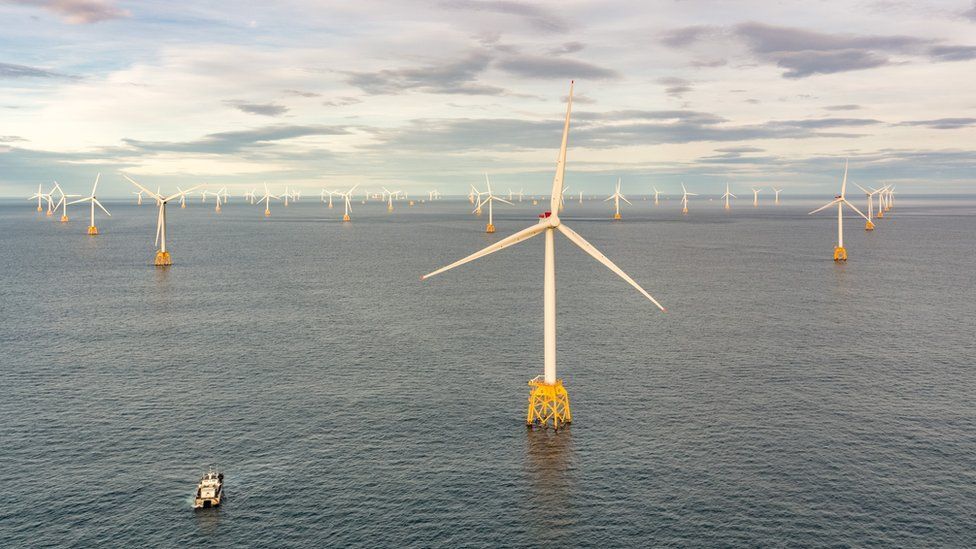 Opposition parties will have a chance to set out their own proposals following Ms Sturgeon's statement, and in a two-day debate which will follow.

The Scottish Conservatives have called for the economic recovery from the Covid-19 pandemic to be the key focus in the year ahead.

"Nicola Sturgeon must avoid at all costs the uncertainty and damage that could stem from shunning the oil and gas industry, punishing car drivers or worst of all, seeking to break up the country in the middle of a crisis."

Scottish Labour called for the Scottish government to commit to a "just transition" from the oil and gas industry to a net-zero economy, with MSP Monica Lennon saying its record on this had been "woeful" to date.

She added: "It is essential that we transition to a net-zero carbon economy as quickly as possible - but it is every bit as important that we don't leave any people or communities behind in the process."