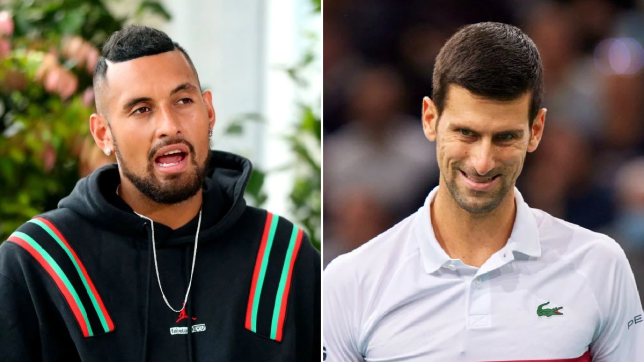 Nick Kyrgios has revealed the message he received from Novak Djokovic after coming out in support of him, while the Australian took aim at Rafael Nadal and others for not showing more sympathy towards the world number one.

Djokovic had his visa cancelled for a second time on Friday by Immigration Minister Alex Hawke, who claimed in his reasoning that the Serb’s continued presence in Australia could stoke anti-vax sentiment and put people off getting boosters.

The Serbian has been put back into detention until Sunday, when the case will be heard in Federal Court, but even if his latest appeal is successful the saga has severely hampered his preparations for the Australian Open – and his pursuit of a 21st Grand Slam title. 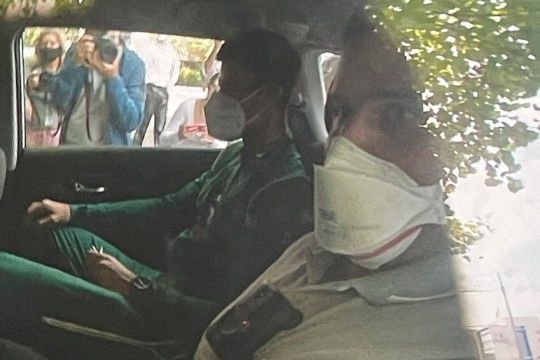 World No.1 Djokovic was taken back into detention on Saturday

Djokovic has found an unlikely ally in Kyrgios, with the two not always seeing eye-to-eye in the past, and the Aussie bad boy has slammed Hawke’s decision to cancel the visa for a second time and ridiculed his reasoning.

Speaking on his No Boundaries podcast, Kyrgios said: ‘This Hawke guy is like, “He’s a threat to our borders” and I’m just like, “Well no he’s not”. We’re treating him like he’s a weapon of mass destruction at the moment, but he’s literally here to play tennis.’

He added: ‘I honestly want him to f***ing win the event, I think it would be f***ing awesome. I want to walk around Melbourne with Novak’s mask on my face.

‘I just think if Australia as a whole dealt with Covid better, if the people of Melbourne didn’t get so f***ed over by everything in these f***ing rules, I don’t think this would be such a big issue.’ 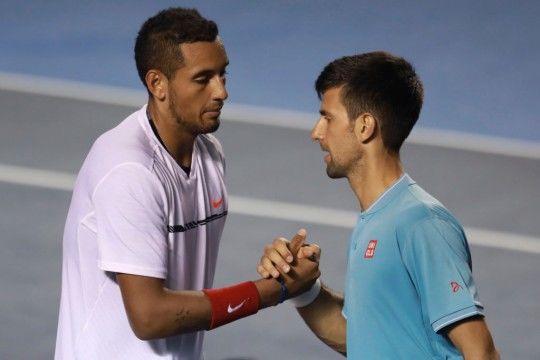 Kyrgios feels the situation surrounding Djokovic has become a ‘s***show’

The 26-year-old also revealed that Djokovic had reached out to him after his public message of support, with Kyrgios taking aim at the players – notably Nadal – who have criticised the defending Australian Open champion and feels they should have offered more support even if they disagreed with his decision not to get vaccinated.

He continued: ‘It actually p***es me off how [Stefanos] Tsitsipas and Nadal and stuff are all… obviously everyone has got their opinion, and that’s fine, I understand Nadal and Tsitsipas all have to speak out about it when they get asked.

‘But I feel like we’re only treating him like Novak Djokovic, not like a human. Imagine how he’s feeling, he probably just wants a little bit of support from other players. He’s getting it from me! Like, what the f***?

‘I just feel like these athletes should give him some support. I’m sure if Nadal was in a similar situation he would be looking towards his other fellow athletes to stand up for him and help him.

‘Novak has reached out to me personally over Instagram to say thank you for standing up for him, I was not the one he was expecting to go out in the media and have his back. 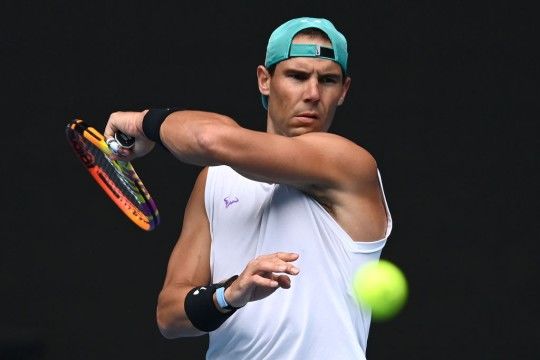 Nadal had little sympathy for the unvaccinated Djokovic

‘I think he’s obviously feeling quite alienated in all of this and as a human it’s a dangerous place to be when you feel like the world is against you and you can’t do anything right and all he wants to do is come here and play tennis. I think on a human level he needs some support from other tennis players.

‘Tsitsipas we understand you have your views on f***ing vaccination, [Andy] Murray we can always count on you to say the right think, and like Nadal whatever… but bro, where’s your support for the guy?’

Reading out the message he received from Djokovic, Kyrgios added: ‘He goes: “Trying to actually understand the situation and have a bit of objectivity rather than fire all bullets right away, I appreciate that thank you.” So he’s just asking for a bit of understanding, that’s literally what he’s saying.’