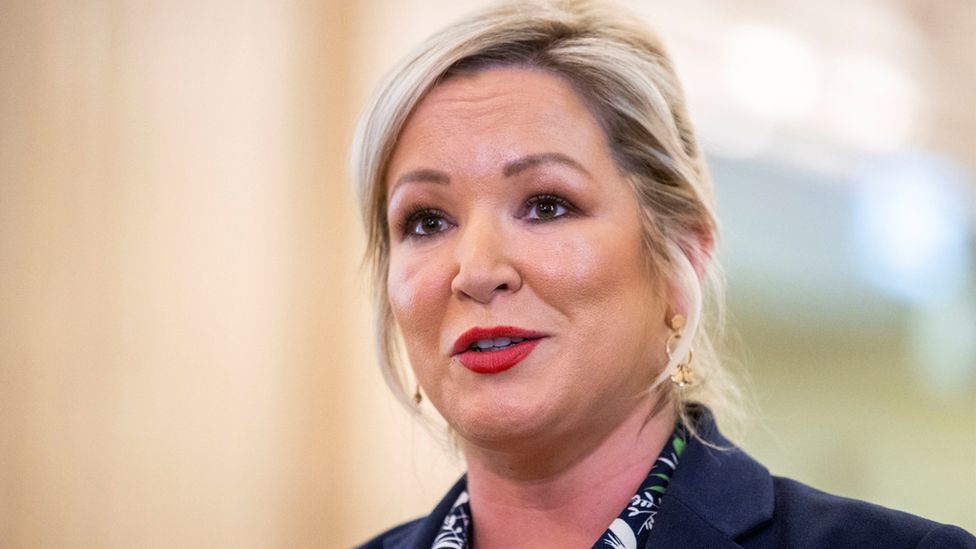 Plans by the government to scrap parts of the Northern Ireland Protocol are "absolutely reckless", Sinn Féin deputy leader Michelle O'Neill has said.

Ms O'Neill said it did "nothing to serve the interests of the people here".

The UK government says it wants to change parts of the protocol to make it easier for some goods to flow from Great Britain to Northern Ireland.

But the EU is against the move, saying it would break international law.

The protocol keeps Northern Ireland inside the EU's single market for goods.

It prevents a hard border with the Republic of Ireland but means checks on some goods arriving from other parts of the UK.

Leading reaction to the plans, Ms O'Neill said legislation to overturn the protocol would further political instability and create even more economic uncertainty.

"Boris Johnson's action is illegal, he's in clear breach of international law, regardless of the detail, he himself signed up to an international agreement.

"All energy and efforts would be better placed in trying to find agreed ways forward because the protocol is here to stay."

Sir Jeffrey added: "I believe that finally we are seeing the kind of action that is required to begin the process of removing the barriers for trade within the UK, to restoring Northern Ireland's place within the UK internal market.

"The UK government has a primary responsibility to protect the integrity of the UK and its internal market while at the same time offering reasonable proposals that offer protection to the EU and their internal market.

Sir Jeffrey said that without the support and consent of unionists the Stormont institutions could not operate.

"I would say to the Irish government in particular - start listening to what unionists are saying, understand the nature of our concerns, take your head out of the sand and recognise that there is a problem here that needs to be resolved, stop running away from the problem, let's get it resolved," he said. 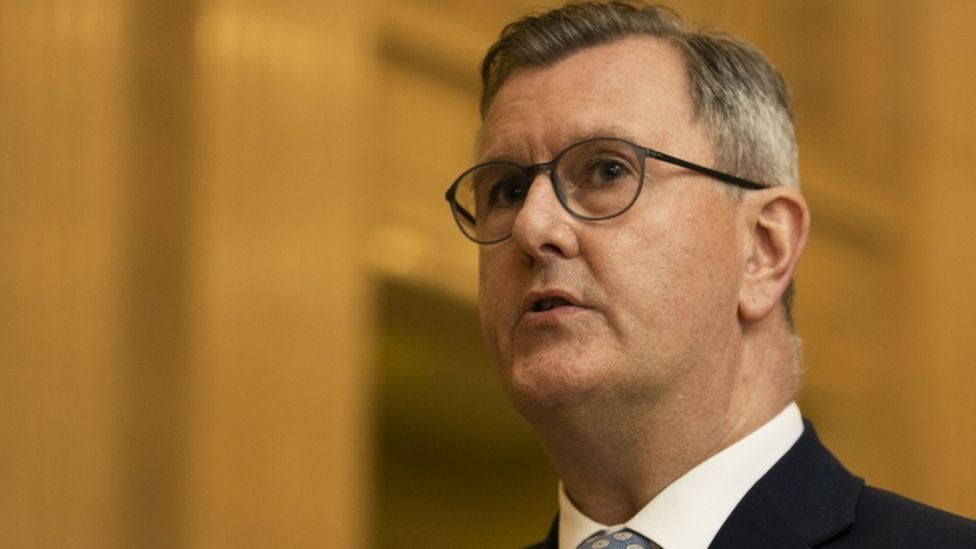 Sir Jeffrey said the consent of unionists was required

"It does not have the support of people, businesses or political leaders in Northern Ireland."

Stephen Farry of the Alliance Party said it "does real harm to Northern Ireland.

"It is not supported by the majority of MLAs or the business community. Immediately, it creates economic uncertainty and harms investment," he said.

TUV leader Jim Allister said: "The general direction of travel in the bill marks progress but, along with further clarity, delivery is key.

"The mere publication of this bill is no basis for unionists to surrender the leverage they have by re-engaging with the Stormont institutions."

Businesses have also been reacting to the government's plans.

Dr Mike Johnston, chief executive of the Dairy Council for Northern Ireland, said he was fearful proposed legislation could affect the sector's trading with European markets.

He said there needs to be "flexibility" in the legislation.

"We are saying very, very clearly please don't destroy what we have". 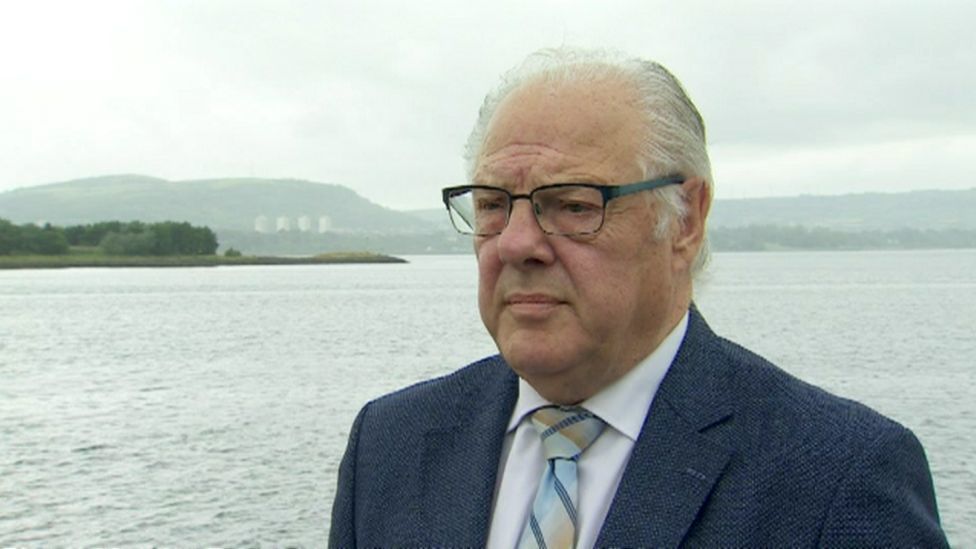 Andrew Johnson, director of distribution company Johnson Brothers, said 60% of what the company brings in comes from Great Britain and that the protocol has created a larger workload for them in relation to declarations.

He said the company had adapted to the protocol but believed processes could be made "simpler and proportionate".

"We don't need additional administration which probably no one looks at," he said. 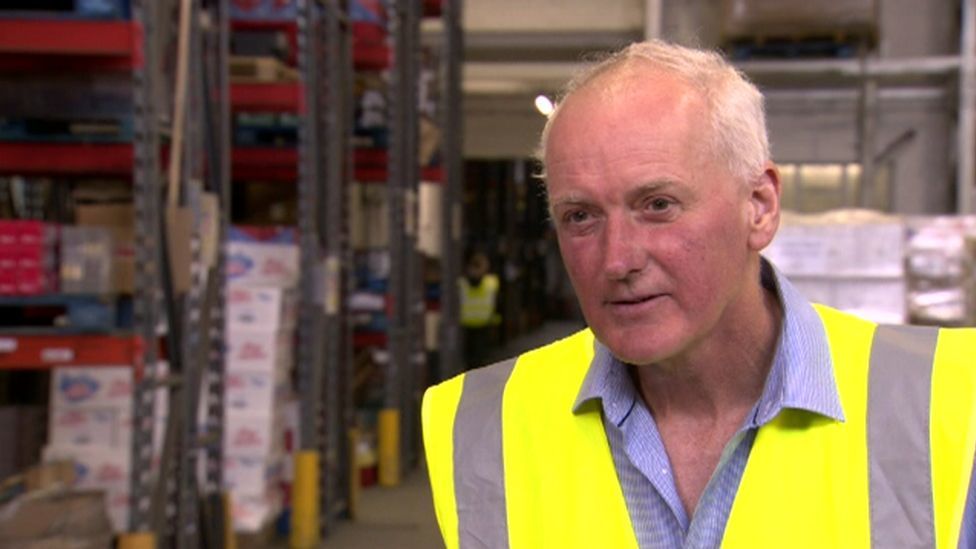 Andrew Johnson, director of Johnson Brothers said processes could be made simpler 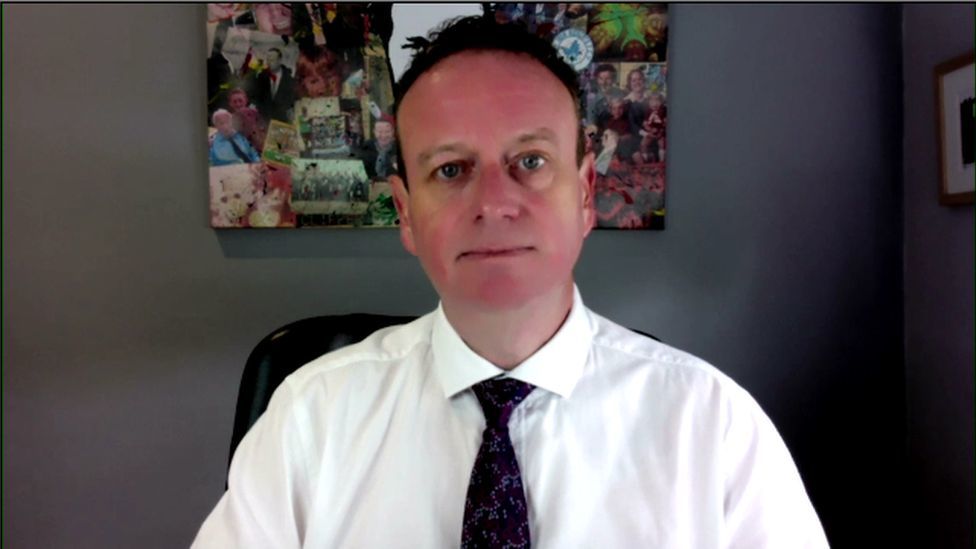 Stephen Kelly, from Manufacturing NI, said the protocol was working "incredibly well" for the manufacturing community

Mr Kelly said the protocol needed reformed but that it did not need a "wrecking ball" and argued the legislation proposed does that.

He added that if the UK takes unilateral action it could make matters "significantly more worse".

He called on the UK government and EU to restart intensive negotiations to reach an agreement.

Stuart Anderson, from Northern Ireland Chamber of Commerce and Industry said a "careful balance" must be struck to protect gains made to date by their exporters and agrifood sub sectors.

"The apparent shifting of risk onto NI businesses is a cause for particular concern," he said.