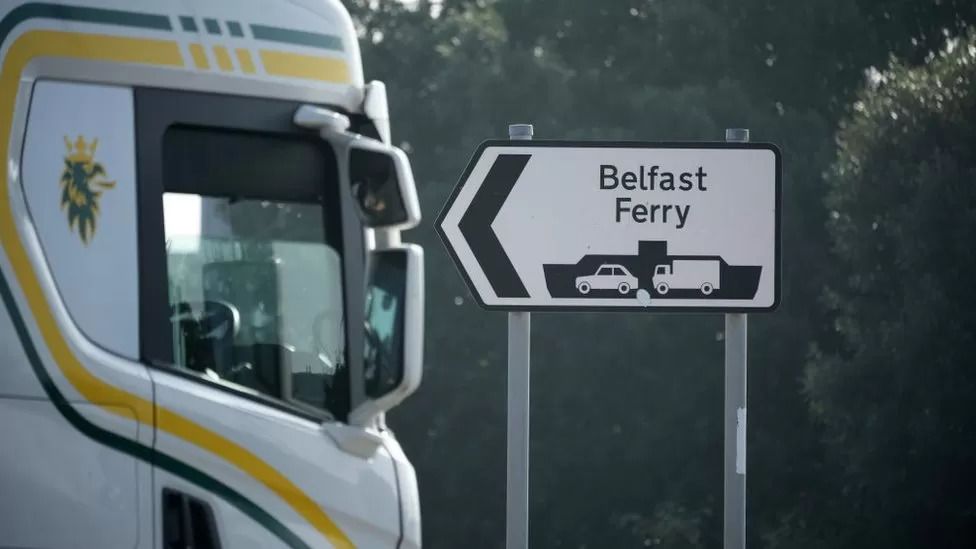 The proposals involve a "green lane" for goods from Great Britain (GB) which are staying in Northern Ireland.

A "red lane" will be used to check and control GB goods going on to the Republic of Ireland and the wider EU.

The government said the red lane will require the "enhancement" of existing facilities at points of entry.

The details are contained in a letter from the Minister for Biosecurity, Lord Benyon, to the House of Lords sub committee on the Northern Ireland Protocol.

In 2020, before the protocol was implemented, sites for permanent facilities were identified, planning consent was achieved and contractors were appointed - but nothing was built.

In the letter Lord Benyon said: "The government's position has always been that the arrangements in place for the red lane will require the enhancement of existing SPS facilities at points of entry in Northern Ireland.

"The necessary construction has not taken place to date owing to wider concerns about the protocol's implementation.

"However, acting to deliver these facilities is pivotal to securing a viable and sustainable way forward on the protocol in relation to EU-destined goods." 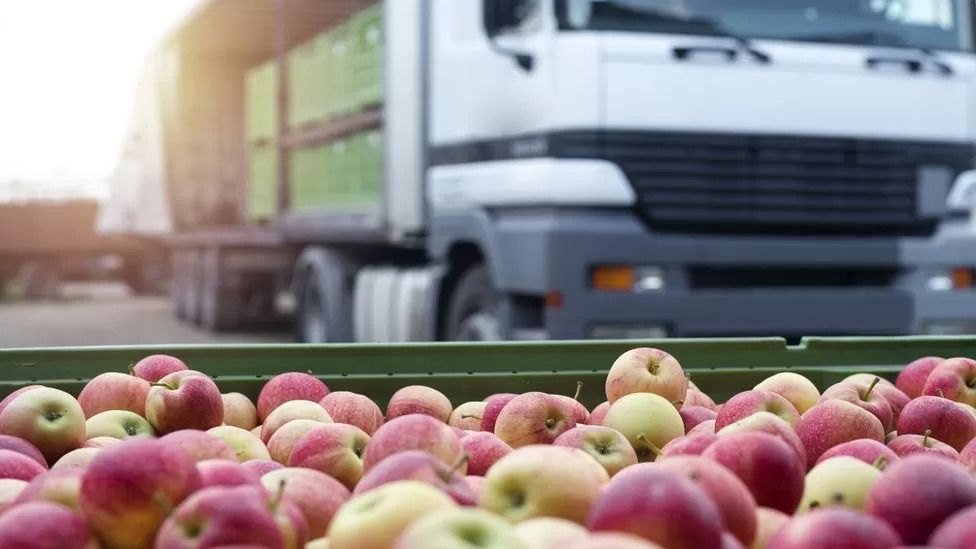 The protocol prevents checks on items at the Irish border

Lord Benyon also noted that delivery of the facilities is a devolved responsibility but that central government will act if the Northern Ireland Executive is not restored.

"In line with that responsibility, the Department for Environment Food & Rural Affairs (Defra) will introduce the necessary statutory instrument and relevant guidance to underpin this early in 2023," he said.

"This will be done with full recognition of the ongoing responsibility of the Northern Ireland Department for Agriculture, Environment and Rural Affairs (DAERA) in this area, including maintaining the appropriate staffing levels for those SPS facilities and other administrative matters."

"Providing a legal basis for the construction of post-Brexit check facilities is a requirement. Our local businesses need certainty and stability," he added.

What is the NI protocol?

The protocol is the post-Brexit arrangement for Northern Ireland agreed by the UK and the European Union (EU).

It keeps Northern Ireland inside the EU's single market for goods, preventing checks on items at the Irish border.

It also means there are checks and controls on goods entering Northern Ireland from Great Britain, leading to added cost and complexity for importing businesses.

It is opposed by unionists who say it undermines their place in the UK. The Democratic Unionist Party (DUP), is boycotting devolved government as a result.

The UK said it plans to override most of the agreement if the EU does not agree to changes through negotiation.

The UK plans, published in June, laid out broad plans for the red lane and green lane system, which would be based around a "trusted trader scheme".

The full details of the trusted trader scheme are still unclear.

EU-UK talks on the protocol are expected to intensify in the new year.