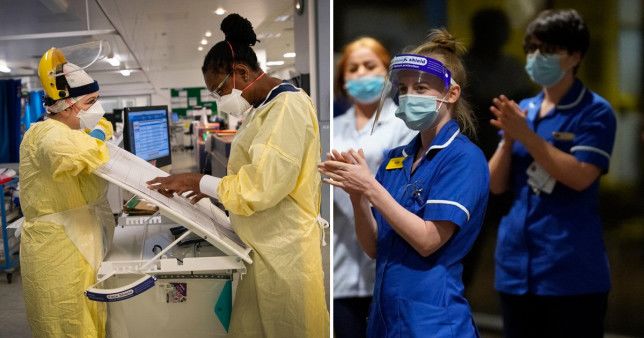 The ‘pitiful’ wage increase – said to equate to as little as £3.50 extra per week – was branded ‘an enormous slap in the face’ to devoted healthcare employees who have worked tirelessly during the pandemic.

The pay rise was suggested in evidence submitted to the independent NHS Pay Review Body by the Department of Health and Social Care.

But union leaders, backed by Labour, branded the move ‘callous’.

Unison head of health, Sara Gorton, said staff would think the suggestion was ‘some kind of joke’, while the public would be ‘horrified’.

‘A 1% pay rise is the worst kind of insult the Government could give health workers who’ve given their absolute everything over the past year,’ she said.

Shadow health secretary, Jonathan Ashworth, accused Chancellor Rishi Sunak of ‘sneaking out this announcement’ and failing to include NHS pay in his Spring budget yesterday.

‘A pay cut for NHS staff is the ultimate kick in the teeth to our NHS heroes who have done so much to keep us safe over the past year,’ he said.

‘Rishi Sunak promised to be open and honest with the public yet shamefully insults every single member of NHS staff, sneaking out this announcement and failing to include any mention of NHS pay in the Budget.’ 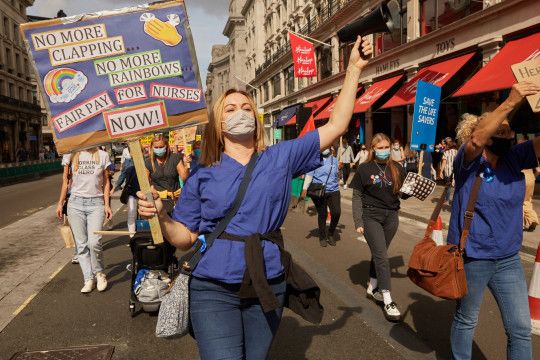 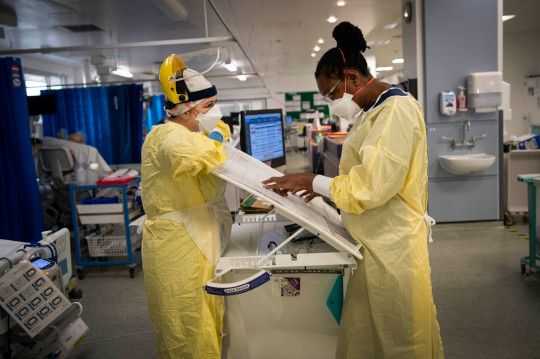 Other critics slammed the Government for being ‘dangerously out of touch’ with health workers.

And she warned the Government should expect a ‘backlash from a million NHS workers’.

‘Taxpayers are supportive of a significant and fair pay rise for NHS workers – this year of all years,’ Dame Kinnair said.

‘If the Pay Review Body accepts the Government view, a pay award as poor as this would amount to only an extra £3.50 per week take-home pay for an experienced nurse.

‘Nobody would think that is fair in the middle of a pandemic and it will do nothing to prevent the exodus from nursing.’ 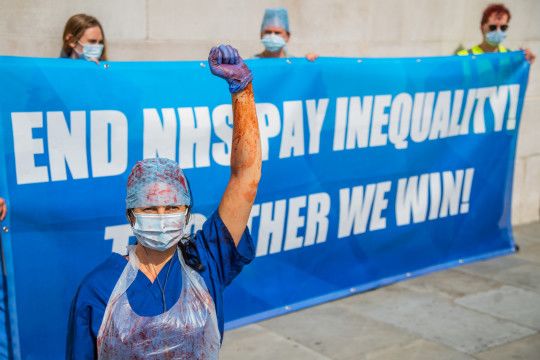 Meanwhile Jon Skewes, from the Royal College of Midwives, suggested the ‘meagre’ pay rise would crush morale and push staff out of the profession.

He said: ‘Do the Government have any idea what a pay proposal like this will do to morale? Midwives have already been eyeing the door and this will undoubtedly push many of them towards it.’

Many social media users also lashed out at the idea, with one person hailing NHS staff as the ‘glue holding this country together’, adding: ‘And they are receiving a 1% pay rise? I am so disappointed but not surprised.’

‘This is an insult.’ 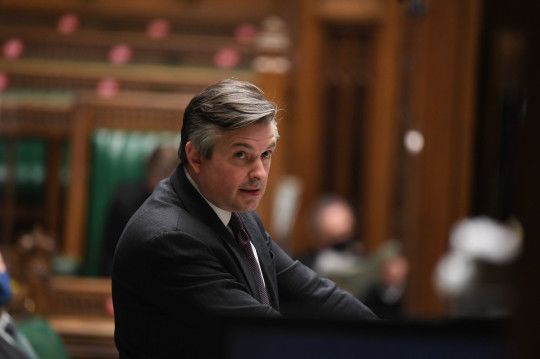 A Government spokesperson said: ‘Over one million NHS staff continue to benefit from multi-year pay deals agreed with trade unions, which have delivered a pay rise of over 12% for newly-qualified nurses and will increase junior doctors’ pay scales by 8.2%.

‘Pay rises in the rest of the public sector will be paused this year due to the challenging economic environment, but we will continue to provide pay rises for NHS workers, on top of a £513 million investment in professional development and increased recruitment.

‘That’s with record numbers of doctors and 10,600 more nurses working in our NHS, and with nursing university applications up by over a third.’

Ministers will ‘consider the Pay Review Body’s recommendations ‘carefully’ when they announce their findings in late spring, the spokesperson added.