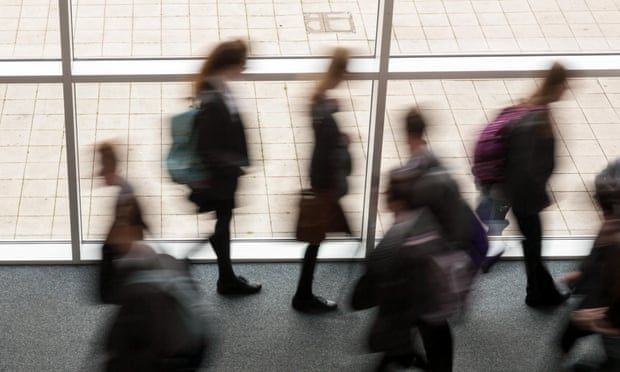 UK health officials say no decision has been made yet as new school year in England looms
NHS England has been told to prepare to administer Covid vaccinations to all children aged 12 and above, as vaccine advisers continue to consider whether to extend the programme, according to reports.

The planned extension to the vaccination programme would coincide with the start of the new school year. NHS trusts have been told to have plans prepared by 4pm on Friday, the Daily Telegraph reported.

Children aged 12-15 in the UK are currently offered coronavirus vaccines only if they have certain health conditions or live with vulnerable people, but distribution of the vaccines has already been extended to that age group by countries such as the US, Germany and Israel.

The Joint Committee on Vaccines and Immunisation (JCVI) has been considering whether to extend vaccine deployment to younger people in the UK, but one member recently admitted the panel was being “very cautious”.

Children very seldom experience serious Covid, meaning that any possible side-effects of vaccines must be weighed carefully against its potential benefits. Rare cases of myocarditis and pericarditis in young recipients of mRNA vaccines such as those made by Moderna and Pfizer have led to concerns in the US, while the Oxford University-developed AstraZeneca vaccine was restricted to the over-40s in the UK after it was found to cause potentially fatal blood clots in some recipients.

Speaking on the Today programme on Radio 4 on Thursday morning, Prof Devi Sridhar, the chair in global public health at the University of Edinburgh, suggested vaccine advisers were being too cautious.

“They’re waiting and watching, and I guess the issue with a pandemic is that waiting and watching cost time,” Sridhar said. “Time is the currency now that matters, because it’s not like we can wait and watch and in six months say: OK, it’s safe, let’s vaccinate.

“In those six months, if a large percentage of 12- to 15-year-olds get infected, in some ways they’ve lost that window of time. And so I think perhaps they don’t feel the urgency that we should be feeling, given it’s an emergency situation and we have Delta, which is so infectious.”

The Telegraph said it had seen NHS guidance suggesting that 12- to 15-year-olds should be considered competent to decide for themselves whether to consent to being vaccinated. Trusts were being asked to devise plans to begin the distribution of the vaccine in schools on 6 September, with the goal of vaccinating 75% of children by 1 November, the paper reported internal emails as saying.

Nearly 63% of Britons have so far received two doses of coronavirus vaccine.

The Department of Health and Social Care said it was planning for a range of scenarios. A spokesperson said: “No decisions have been made on vaccinating 12- to 15-year-olds and it is inaccurate to suggest otherwise. Ministers have not yet received further advice from the JCVI on this cohort. We continue to plan for a range of scenarios to ensure we are prepared for all eventualities.”
#vaccine  #Pfizer  #AstraZeneca  #Covid  #Coronavirus  #Vaccines
Add Comment