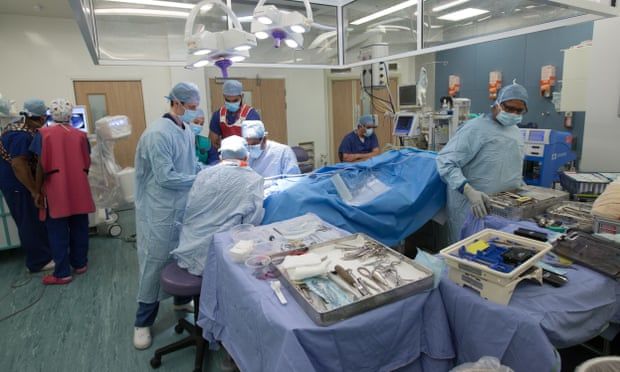 It means the waiting list has grown by 606,501 over the last three months as patients have started using the NHS again, renewing fears it will hit 7 million before the end of the year.

The figures showed that two-thirds (67%) of patients received treatments within 18 weeks in May, far below the standard the NHS sets itself of treating 92% within this timeframe.

Healthcare leaders said the figures showed there was an “immense task ahead” for healthcare workers, who were “valiantly firefighting on multiple fronts” as they faced “unprecedented levels of exhaustion and stress”.

The NHS said it was investing an additional £1bn in extra operations and treatments to restore services and cut backlogs. Patients waiting longer than 18 weeks for elective care dropped by more than 80,000 compared with April. Close to 337,000 patients are waiting more than a year though this that figure has fallen by 50,000 for the second month in a row.

Average wait times have been falling since February, with June the second lowest since before the pandemic started, at 10.8 weeks. However, experts predicted that the situation could deteriorate over the summer due to the unfolding third wave of Covid. 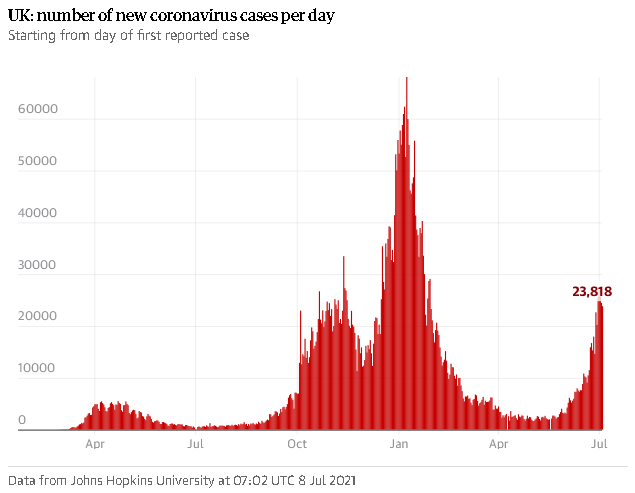 Nigel Edwards, the chief executive of the Nuffield Trust, said the risk of 100,000 new Covid cases a day within the next few weeks would result in “inevitable and significant demand for Covid-19 hospital beds”, which would slow efforts to catch up on waiting lists.

More than 2.1 million people attended A&E last month, making it the busiest ever June. Attendance figures collapsed during the early months of the pandemic, but they have been steadily returning to normal levels.

The figures came as the NHS Confederation said that “unsustainable numbers of people are now visiting A&E, seeing their GPs and calling ambulances. Overwhelming demand is putting severe and unprecedented strain on the urgent care systems.” 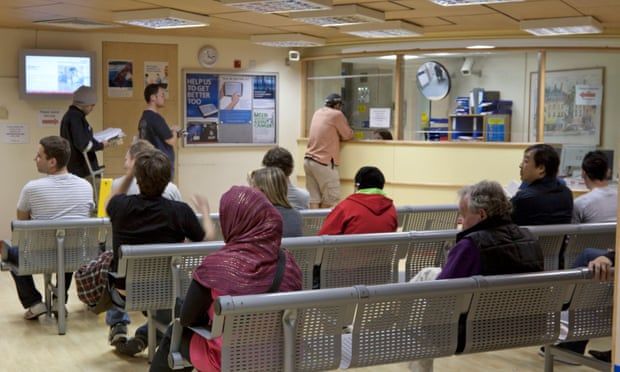 “A significant Covid surge this summer will place even more strain on an urgent care system struggling to cope, and this will have a direct and immediate impact on the care the NHS can provide to patients,” said Matthew Taylor, the confederation’s chief executive.

Nearly one in four people attending major A&Es waited more than four hours to be seen. Data on cancer patients also showed long waits after initial referrals, with just three-quarters of patients seen within two weeks of an urgent GP referral, falling far below the 85% target, with the same proportion seen after an NHS cancer screening against a 90% target.

In particular, the data showed that waiting times for a number of different treatments were especially long in the first half of 2020 as the health service grappled with the effects of the pandemic.

Analysis by the Macmillan cancer charity suggested the number of people who had seen a specialist for suspected cancer since the start of the pandemic was almost 300,000 lower than expected, while there were 35,000 missing patients starting treatment.

The charity estimated that the NHS in England would need to work at 110% capacity for 18 months to catch up on missing cancer diagnoses, and for 14 months to clear the cancer treatment backlog.

The shadow health secretary, Jonathan Ashworth, accused the health secretary, Sajid Javid, of prioritising a top-down reorganisation of the NHS over implementing a plan to bring down Covid infections, clear the backlog and properly support the NHS.

The NHS England medical director, Prof Stephen Powis, said: “Despite the huge disruption we have seen to care caused by the pandemic and the more than 405,000 Covid patients in our hospitals over the last 15 months, it is reassuring to see in today’s figures significant reductions in waits for routine operations, and for the first time this year a reduction in the number of patients waiting more than 18 weeks for treatment.”