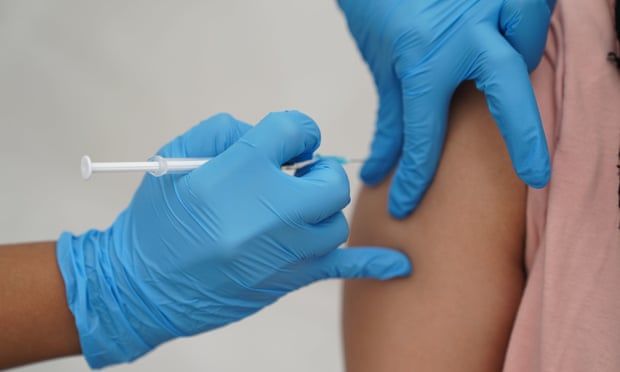 NHS workers in England must be legally required to get Covid vaccinations before the winter, Matt Hancock has said, in his first intervention since leaving government.

Writing in the Daily Telegraph, Hancock, who resigned as health secretary in June after it emerged he had breached Covid-19 social distancing restrictions with Gina Coladangelo, an adviser with whom he was having an affair, warned ministers against delaying mandatory jabs for nurses and doctors.

Hancock’s comments come as the chief executive of NHS England said the country faced “a difficult winter”, with hospital Covid admissions 14 times higher than they were this time last year.

It has been reported that the government is expected to say the law will not be changed to require Covid jabs for the NHS’s 1.45 million staff in England until spring 2022.

The law has already been changed to make Covid jabs mandatory for care workers in England, with the requirement to come into effect on Thursday. 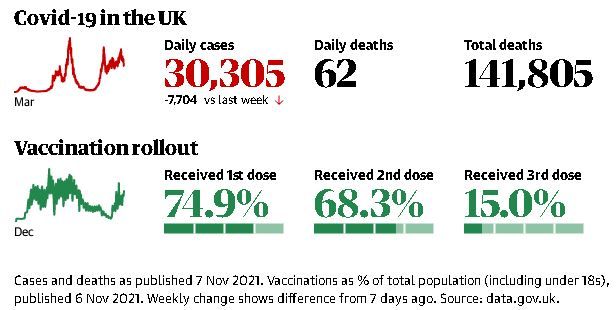 Hancock said: “Having looked at all the evidence, I am convinced we must require vaccination for everyone who works not just in social care but the NHS, and get it in place as fast as possible … So, as we prepare to face a difficult winter, let’s use all the tools that we have to save lives.”

He argued compulsory vaccination for health staff in France proved the policy could work, with the proportion of vaccinated healthcare workers rising from two-thirds to 99% after the requirement was introduced.

Hancock said: “To me, the logic is crystal clear. Medicine is founded on science, and the science of the Covid vaccine is comprehensively proven. Mandating the use of the best science isn’t controversial: it’s common sense.

“There are some people who say this isn’t the way we do things in Britain. But we already mandate vaccination against hepatitis B for doctors. The British historic precedents for compulsory vaccination go back to the 1850s.” He added that getting vaccinated was a “moral duty”.

“So as we look into winter, we’re very clear this is going to be a difficult winter and the things we would encourage people to do is anything they can do to protect themselves, so that’s the Covid vaccine, it’s the flu vaccination in particular.”

NHS industry bodies and Labour frontbenchers have warned that legally requiring staff to take the vaccine in the run-up to winter could risk loss of NHS staff at a critical time.

Chris Hopson, the chief executive of NHS Providers, said if the policy was wrongly adopted then “we risk a significant loss of a significant number of staff”.

Hancock was health secretary for three years, playing a key role in the UK government’s response to the pandemic.

There have been 141,805 deaths within 28 days of a positive tests reported by the Department of Health and Social Care since the crisis began in early 2020.

NHS workers in Wales, Scotland and Northern Ireland are the responsibility of the respective devolved administrations.

The latest figures show 79.7% of people aged 12 and over have had two doses of the coronavirus vaccine.