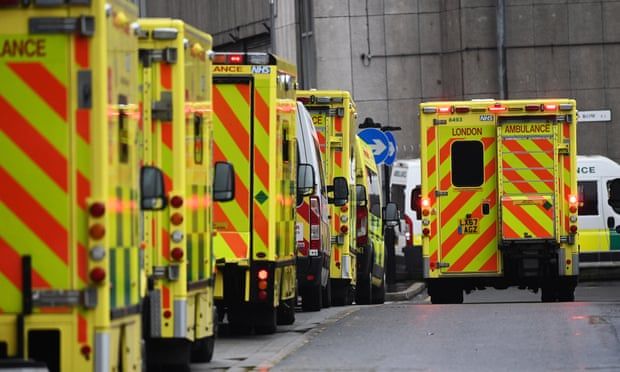 The final details of a funding package to help the NHS deal with the legacy of Covid are to be thrashed out in crunch talks on Friday, with health service leaders fearing the final figure could be just half the £10bn they are demanding.

Senior figures from No 10, the Treasury and the Department of Health and Social Care (DHSC) are meeting to agree the size of the budget boost the NHS in England will receive in the next few years, the Guardian understands.

Government sources confirmed that an announcement could come as soon as Monday, while insisting no final decision had been made, and the timetable could yet slip. The prime minister is expected to hail the plan on a hospital visit.

Despite Rishi Sunak’s promise that the NHS would get “whatever it needs”, the NHS settlement is expected to be closer to £5bn – in addition to the increase announced by Theresa May in 2018.

One NHS source said: “From what we can see the government is preparing to announce that it’s going to increase the NHS’s budget by about £5bn next year. If they do, that’s £5bn less than we’ve told them the service needs and thus they’ll be leaving the service £5bn short.”

Another NHS official with knowledge of the ongoing talks said: “Ministers will try to give the impression in their announcement that they’re giving the NHS gazillions. But the reality is that if it’s a £5bn increase then it won’t be enough.”

The uplift is expected to be paid for with a manifesto-busting 1p increase in national insurance contributions for workers and employers, badged as a health and social care levy.

With MPs returning to Westminster after their summer recess on Monday, one source suggested the government was keen to rush the necessary legislation through in the three weeks before the House of Commons breaks again for the party conference season.

At the same time as the NHS funding boost, the prime minister is keen to announce his much-delayed plan to fix the long-term funding of the crumbling social care system, which he claimed to have ready when he entered Downing Street in 2019.

The proposal is widely expected to be based on the decade-old Dilnot review, which proposed imposing a lifetime cap on the amount individuals would have to pay for care. The independent commission chaired by the economist Andrew Dilnot suggested £25,00-£50,000 as an appropriate level, but today’s figure could be closer to £100,000.

Since before the summer, discussions in government have focused on the idea of the health and social care levy, which would effectively be an increase in employee and employer national insurance – though some cabinet ministers are sceptical.

That could raise as much as £12bn, though some of that would then be clawed back as the government would have to pay it on its own employees, including the NHS workforce.

Most of the levy would initially be set aside for the NHS, but would then be diverted to paying for the social care cap in later years, as the costs of implementing it increased.

Helen Miller, deputy director of the Institute for Fiscal Studies, questioned the choice of national insurance contributions (NICs), because they are not levied on working people above state pension age, or on pension income.

“That is a pretty big choice, and you’re doing it at a time when you want to increase services for people above state pension age, of which there’s a growing group,” she said.

“The context here is that we already give pretty big tax breaks to people above the state pension age,” she added. NICs are also not levied on dividend income.

The Labour leader, Sir Keir Starmer, has called the potential national insurance rise a “jobs tax”. The shadow chancellor, Rachel Reeves, signalled last month that the party could oppose it, saying: “I don’t think national insurance is the way to do this.”

Labour would also be likely to highlight the fact that the health secretary, Sajid Javid, ruled out national insurance rises during the 2019 general election.