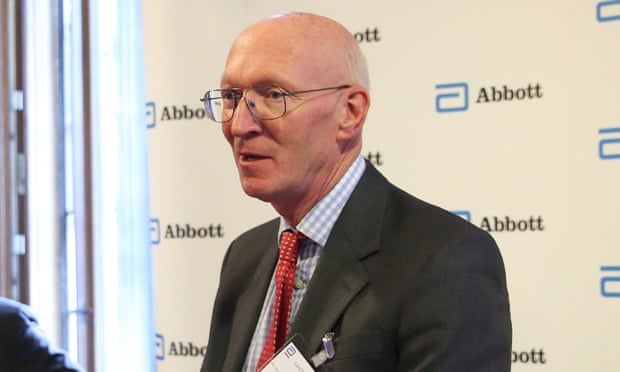 The Conservative peer who chairs NHS England is facing demands to explain why he helped arrange for Greensill Capital to lobby senior health service bosses, with Labour describing his role as “shocking”.

David Prior is facing questions over a meeting he organised between the now collapsed finance firm’s founder Lex Greensill and the overall boss of the NHS and its chief financial officer.

That encounter led to Greensill being able to meet the chief executives of a number of NHS hospital trusts whose support he was seeking for a scheme to let the NHS’s 1.4m staff in England be paid daily by Greensill, via an app called Earnd, rather than monthly in what Labour said was a latter-day “junk bonds” exercise.

Harding is best known as the boss of the government’s heavily-criticised £37bn test and trace programme.

Calls for clarity about Prior’s involvement with Greensill come amid continuing controversy about the roles played by David Cameron, the former prime minister, who was a lobbyist for and senior figure at the firm, and Matt Hancock, the health secretary, who backed the payments system it wanted to introduce across the health service.

Cameron has been under fire for weeks for lobbying an array of ministers and civil servants, both for Greensill to be able to access emergency government funding during the Covid pandemic and for the NHS to adopt the scheme involving health service pay.

“Trusts may have spent valuable time considering the adoption of this untested scheme and did so because the secretary of the state and the most senior NHS figures succumbed to Cameron and Greensill’s lobbying.”

Munira Wilson, the Liberal Democrats’ spokesperson on health, said: “Conservative party cronyism must not be allowed to interfere with the daily running of the NHS. I expect all details of Lord Prior’s engagement with Lex Greensill to be made public, allowing proper scrutiny to take place.”

The Sunday Times disclosed how Prior arranged for Lex Greensill and his close colleague Bill Crowther, an ex-head of government procurement under Cameron, to meet Julian Kelly, NHS England’s chief financial officer, in July 2019 at a meeting which Sir Simon Stevens – the service’s chief executive – attended for 15 minutes at the peer’s request.

Ashworth added: “We now need to know how many NHS leaders and officials did Cameron and Greensill lobby? How many NHS trusts in total were approached about a scheme that was really a form of usury?”

NHS England declined to say who had asked Prior to arrange access for Greensill. It is thought that he was approached by senior figures at the firm whom he knew from his days working in the City. 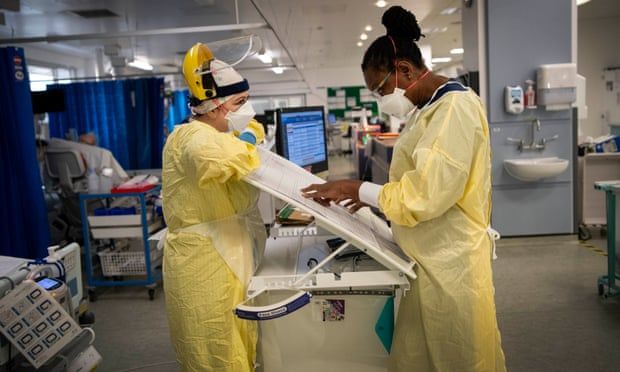 Nurses at work in St George’s hospital in Tooting, London. The app was designed to allow NHS staff to be paid daily.

Hancock is already under scrutiny for having a drink with Cameron and Greensill, who was an adviser to Cameron when he was prime minister of the coalition government of 2010-15.

The Sunday Times published an email that Cameron sent to Matthew Gould, the chief executive of NHSX, the health service’s digital innovation agency, seeking his help in ensuring that Greensill’s company, in the event of a deal, could access the personal details of NHS workers held in the service’s Electronic Staff Record. Gould replied that “we will certainly look into the ESR question”.

The Guardian asked the Department of Health and Social Care if Hancock had approached Prior or Harding before their respective engagements with Greensill. But it refused to answer and suggested we submit a freedom of information request to pursue that information.

A DHSC spokesperson said: “The wellbeing of NHS staff is the top priority of the department and health secretary.

“Our approach was and is that local NHS employers are best placed to decide how different pay flexibilities fit with their overall pay and reward offer for their staff.”

Dr John Puntis, the co-chair of Keep Our NHS Public, which campaigns against NHS privatisation, said: “Prior, Harding and Stevens are all concerned with promoting a digital transformation of the NHS on the unevidenced and highly dubious basis that it will save money and improve care.”

NHS England did not respond when asked why Prior arranged for Greensill and Crowther to meet Kelly and what contact if any Prior had with Hancock, Cameron, Greensill or Crowther before fixing the meeting with Kelly. They also did not respond to a request to disclose details of all relevant communications.