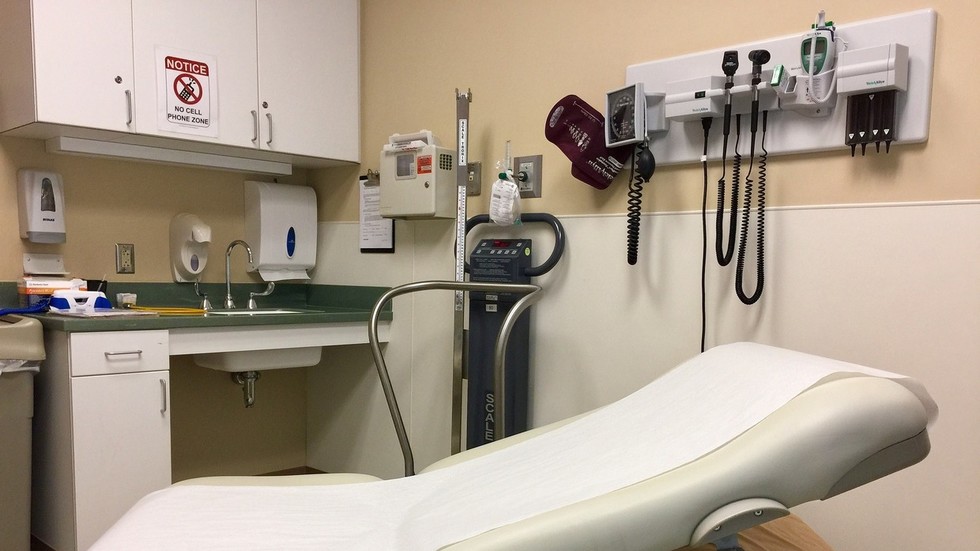 Striving for ‘inclusivity’ has played a bad joke on the NHS which addressed a pamphlet about a cervix exam to transgender men and forgot to mention the group it concerns the most – biological women.

A leaflet created by Public Health England for the NHS presented specific instructions for transgender women who are invited to take part in smear tests, but don’t have a cervix and transgender men who do have one. There was no mention of just women – biological females who are encouraged to get the test every three to five years to avoid cancer.

How the NHS celebrates #IWD2020 Their leaflets on the importance of smear tests feature trans men. But make no mention that a check for cervical cancer is actually for women. #InternationalWomenDay2020 https://t.co/KeC92zfrG1

“If you are registered as male you will not receive invitations, but your GP or practice nurse can arrange an appointment for you if you have a cervix. If you are a trans woman you do not need a cervical screening,” the leaflet also reads, according to the Sunday Times.

After the blunder was noticed, it was amended to say, “Cervical screening is for women and people with a cervix.”

Public Health England (PHE) has defended the leaflet and said the wording is in the name of “inclusivity.”

“We should be at the forefront of being inclusive, but also ensure we do not alienate the core populations that screening information is aimed at,” the organization said in a statement.

Even with the amendment, the language “people with a cervix” has drawn criticism.

Nicola Williams, director of the Fair Play for Women campaign group, says people whose first language is not English could be confused by the generic wording.

“That is why we use common language like a ‘woman,’” she said.

PHE came under fire in 2018 with its booklet called ‘Information for trans people’ that said people would be offered tests based on the gender they identify with but not the one at birth, thus leading to people skipping important health tests that could potentially prevent cancer and heart disease.