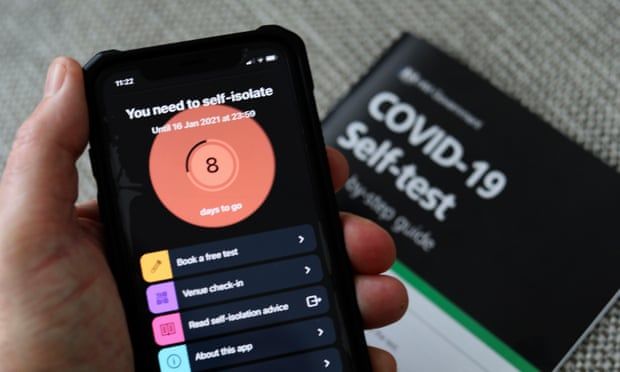 Ministers have decided to tune the NHS Covid app to make it less sensitive, amid concerns that rocketing cases will lead to millions of people self-isolating over the next month.

New rules that will exempt double-jabbed people in England from having to isolate if a close contact has tested positive – allowing them to take tests instead – are due to come into force on 16 August.

Ministers had been warned that cases could be up to 25% higher if the new regime came in at the same time as most Covid restrictions were lifted on 19 July.

But with the health secretary, Sajid Javid, conceding that cases could still be set to hit 100,000 a day, business groups had warned of closures and staff shortages.

Kate Nicholls, the chief executive of the trade body UKHospitality, said the high number of self-isolating employees was already causing “carnage” for pubs, bars and restaurants.

The chancellor, Rishi Sunak, acknowledged public frustration on Thursday, and said Javid was looking at an “appropriate, balanced and proportionate” approach for the app.

Jenny Harries, the head of the new Health Security Agency, later told MPs on the House of Commons public accounts committee that the government planned to tweak the app to account for the fact that the majority of adults were now vaccinated.

“We have a piece of work ongoing at the moment because it is entirely possible to tune the app to ensure that it is appropriate to the risk,” she said.

“When the app came into action, we know it has been hugely successful, but it has been utilised in a world where we did not have vaccinations.

“So working through what a vaccinated population using the app means is something that we are actively doing at the moment.”

Her comments followed reports of numerous people deleting the NHS Covid app before the government’s planned lockdown easing in England on 19 July through fear of being contacted. A user is not legally required to self-isolate when alerted by the app because all data is anonymous.

More than 32,000 coronavirus cases were recorded on Wednesday, the highest daily figure since January. 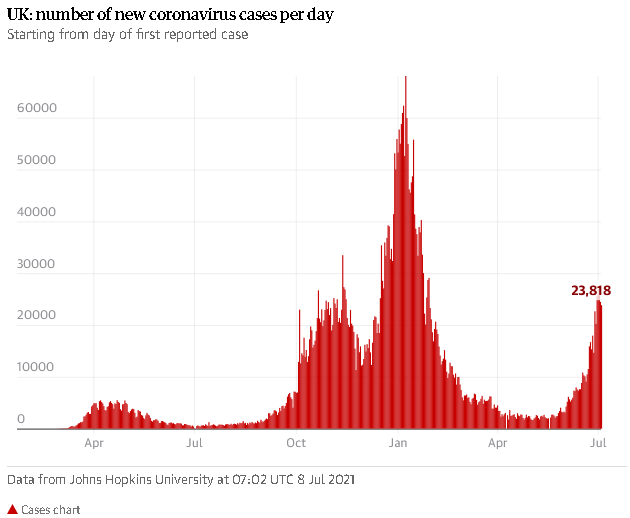 “The app counts for the majority of people who need to isolate, I understand on the numbers, and he’s looking at what the most appropriate, balanced and proportionate approach to isolation is in these circumstances.”

Business groups welcomed the planned change. John Foster, the CBI’s director of policy, said: “It’s welcome to see the government is considering changes to the NHS Covid app self-isolation rules ahead of 16 August. Boosting customer and employee confidence is the priority for supporting the economic recovery and learning to live with the virus.”

Michael Veale, a lecturer in digital rights and regulation at University College London, said it was important any change was driven by the behaviour of the virus, not political pressure.

“The question should always come back to the epidemiology,” he said. “With a person who is double-vaccinated, do we still believe that 15 minutes’ contact at a distance of 2 metres puts them at risk of developing the virus?”