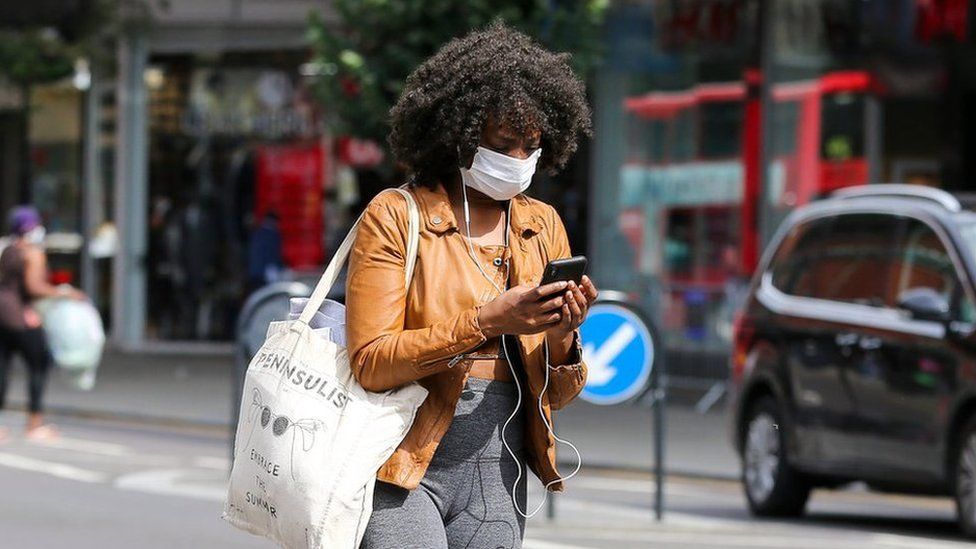 The number of alerts sent by the NHS COVID-19 app in England and Wales has fallen to its lowest number since the week ending 23 June.

The figures cover the first full week since changes were made to the app so that it notified fewer close contacts.

At its peak in July, the number of self-isolation alerts sent in England and Wales in one week was just under 700,000. 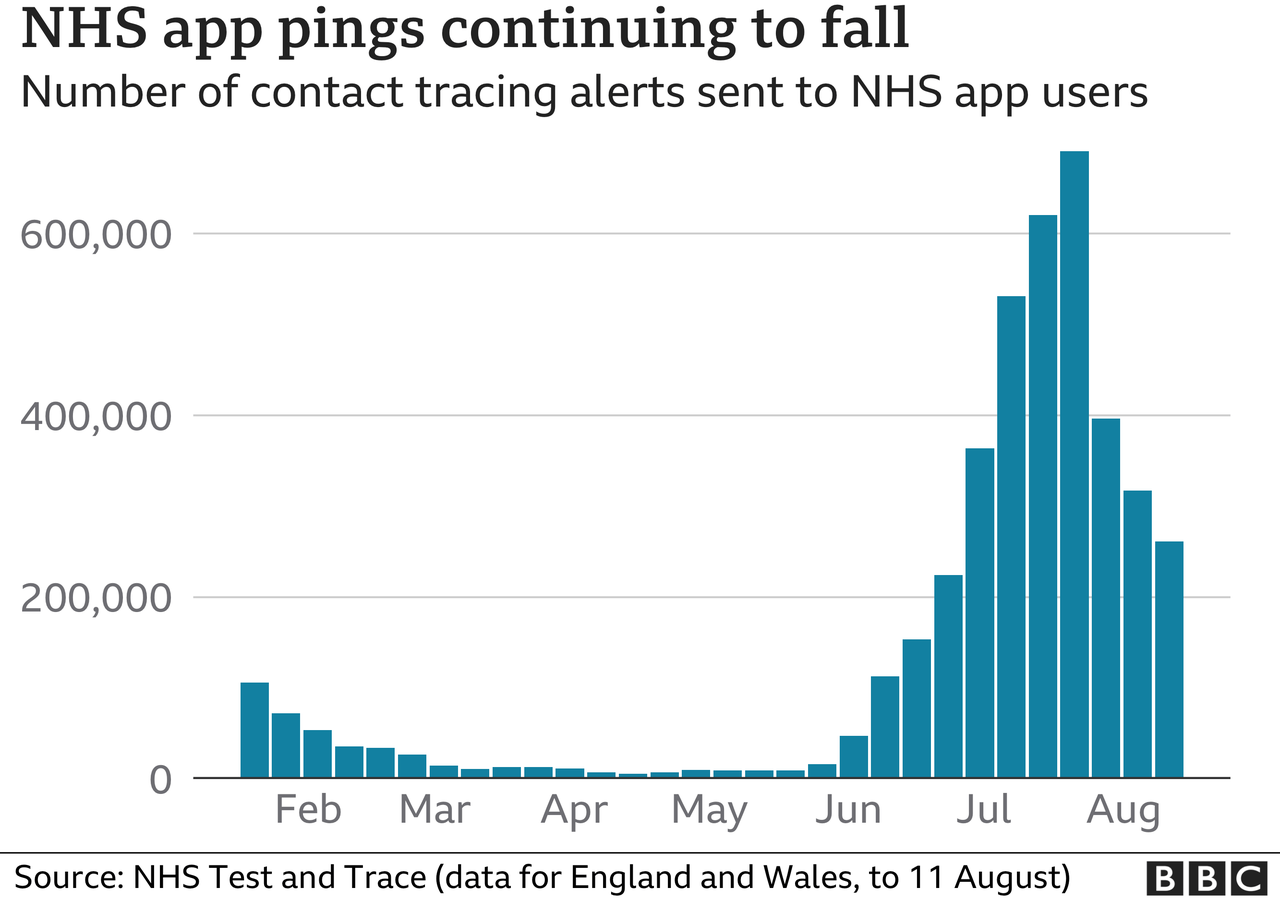 Latest government figures show that between 12 August 2021 and 18 August 2021, 211,238 people had a confirmed positive test result, an increase of 7.6% compared with the previous week.

On Monday in England and Northern Ireland rules were changed so that fully vaccinated adults and under-18s no longer had to self isolate if they were identified as a close contact of someone with Covid (as long as they had no symptoms).

Instead of having to quarantine for 10 days, they are now advised to take a PCR test - but this is not compulsory.

They are also advised to wear a face covering in enclosed spaces and to limit contact with others, especially the clinically vulnerable.

The guidance applies to under-18s too.

The changes to self-isolation rules have already been implemented in Scotland and Wales. 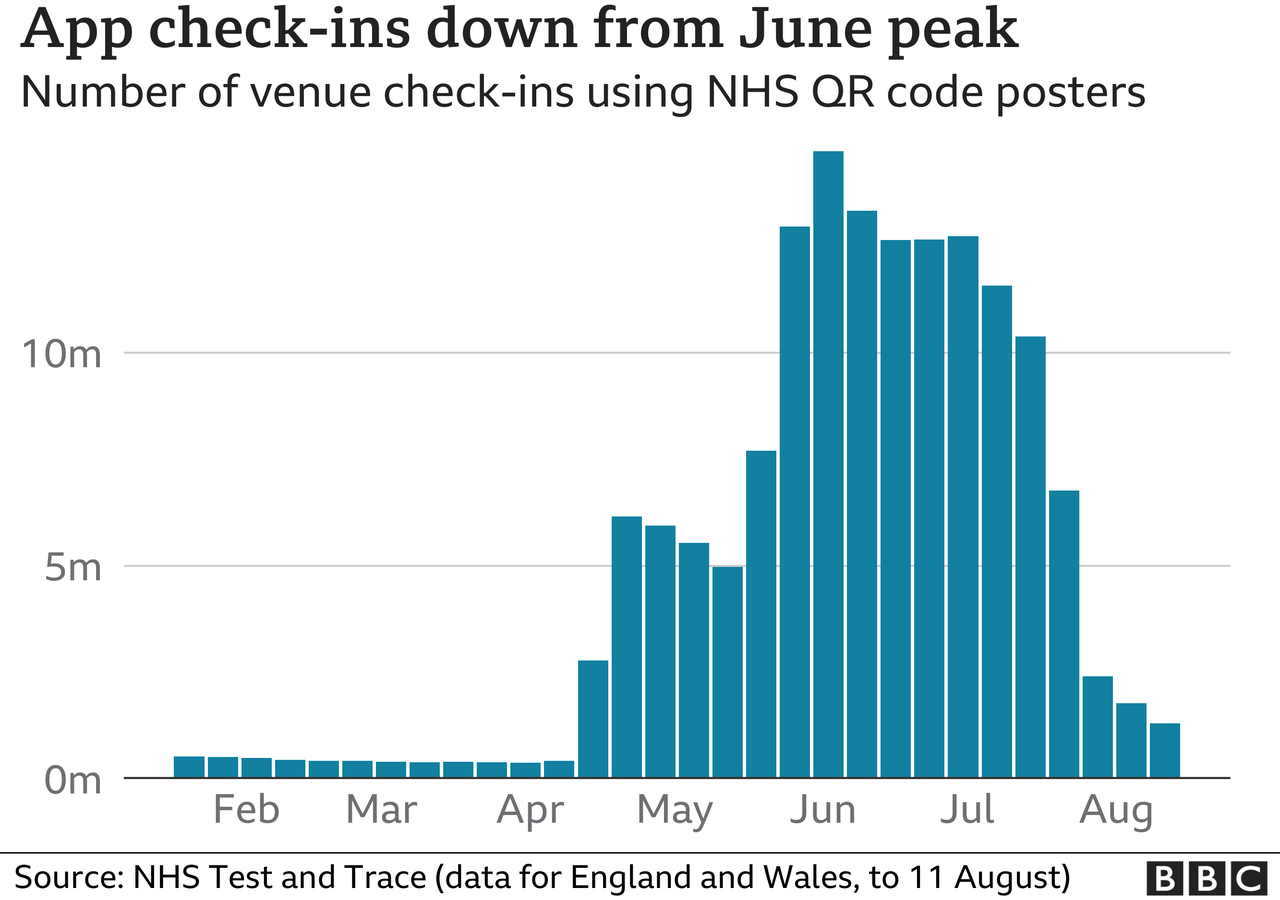 Health Secretary Sajid Javid said the changes to self-isolation guidance were part of a cautious "step back towards normality", as a result of the vaccine rollout.