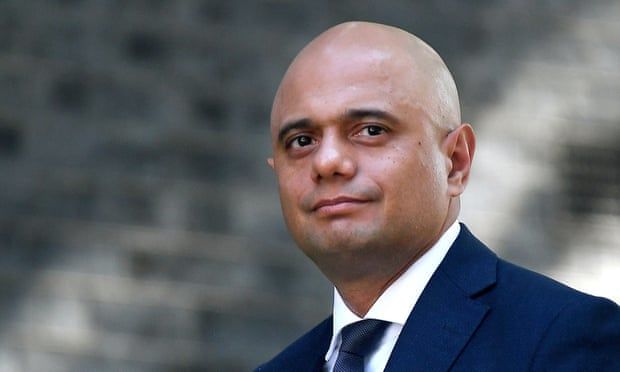 Department of Health and Social Care press release cited negative behaviours but not findings of political pressure
Bullying, discrimination and shifting the blame when things go wrong are rife in the NHS, a government-commissioned inquiry into health service leadership has found.

But NHS England bosses are fearful that Sajid Javid will use the report’s findings selectively to paint an unfair picture of the behaviour of senior managers.

NHS leaders are particularly concerned that while the Department of Health and Social Care’s (DHSC) press release about the review cited the negative behaviours, it did not include the inquiry’s finding that they are partly due to pressure put on the NHS by politicians.

They are also worried that the health secretary, in a planned round of broadcast interviews on Wednesday morning, will also highlight the report’s finding of longstanding “institutional inadequacy” in the way senior NHS managers are trained.

Tension over the exact content of the press release caused wrangling behind the scenes on Tuesday. At least two versions of the release were produced before it was finally issued in the late afternoon. Sources who have seen the report say it largely praises NHS managers for their hard work, dedication to improving patients’ outcomes and response to the relentless rise in the demand for care.

The inquiry, by Gen Sir Gordon Messenger and Dame Linda Pollard, is the biggest review of the strengths and weaknesses of NHS management since Roy Griffiths undertook a similar exercise for Norman Fowler, the health secretary in Margaret Thatcher’s government, in 1983.

In a summary of the key findings from the Messenger/Pollard inquiry issued to the media, the DHSC said that they had “found evidence of poor behaviours and attitudes such as discrimination, bullying and blame cultures in certain parts of the health and social care system, with some staff in the NHS in particular not feeling comfortable to speak up”.

However, the DHSC’s summary did not include any reference to the report’s finding that what NHS bosses have traditionally seen as political micro-management of the service’s performance is part of the explanation for such behaviour.

NHS trusts in England are often embroiled in bullying controversies, either as a result of staff speaking out, evidence found by the Care Quality Commission during an inspection, or due to reports from the trust’s “freedom to speak up guardian”.

For example, wholesale changes in the senior leadership of the Tavistock and Portman mental health trust in London have recently taken place after a report by its freedom to speak up guardian, a separate external review, and findings of bullying and staff’s fear of speaking out in the most recent NHS staff survey.

The DHSC said that while the health service leadership report “recognised the current pressures faced by the workforce and identified many examples of inspirational leadership, it found overall there was a lack of consistency and coordination.” In particular, the DHSC said, “there has developed, over time, an ‘institutional inadequacy’ in the way that leadership and management is trained, developed and valued”.

The report’s findings were “stark”, said Javid. “It shows examples of great leadership, but also where we need to urgently improve. We must only accept the highest standards in health and care. Culture and leadership can be the difference between life and death.”

In separate remarks, Javid told the cabinet on Tuesday that the NHS in England is “a Blockbuster healthcare system in the age of Netflix”. He added that it must make greater use of technology, notably artificial intelligence, to improve productivity, free up doctors’ time and tackle the backlog of care.
Add Comment