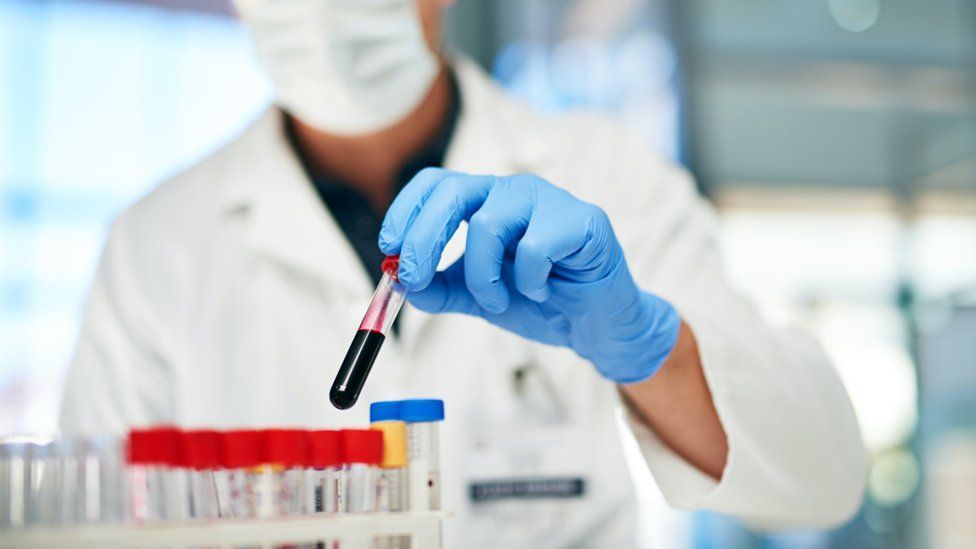 NHS England has admitted that a shortage of vials used for blood tests will worsen over the next few weeks and will last until mid-September.

It said supplies remain constrained and are forecast "to become even more constrained over the coming weeks".

While the NHS expects the position to improve by the middle of next month, "overall supply is likely to remain challenging for a significant period."

Doctors had been told to stagger some blood tests due to the shortage.

They are warning that patient care will suffer due to delays.

It comes after Becton Dickinson, a company that makes vials for the health service, said it is experiencing serious supply chain issues.

Due to the shortage, the NHS has temporarily stopped some blood testing for fertility, pre-diabetes, allergies and certain blood disorders.

In its guidance, NHS England said "alternative products are being sought to alleviate these constraints," as a result of the global shortages of blood tube products.

Dr Farah Jameel, a GP based in north London and a representative from the British Medical Association trade body said she was having "difficult conversations" with patients about rationing the vials "among the very sickest". 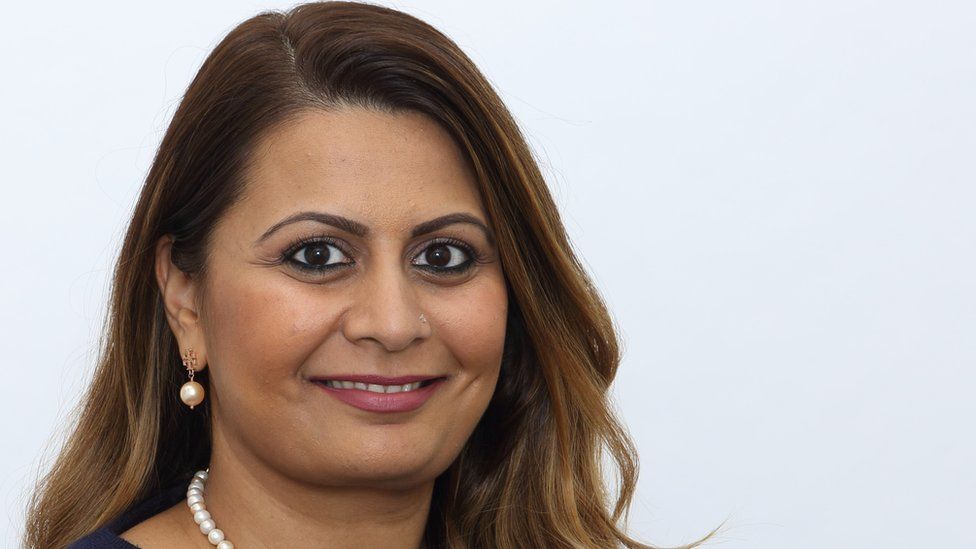 She said there has been "very unclear messaging from NHS England on how quickly we're going to run short and what the impact will be on patient care."

"The NHS needs to communicate clearly with the public and with the profession so there is a clear understanding of the problems which will help us manage expectations," Dr Jameel said.

"These tests are a fundamental part of patient care, giving us essential insights into different conditions, warning signs and overall health."

Doctor Gavin Jamie, an GP based in Swindon agreed that preventative care is going to be slower, in addition to screening delays cause by the pandemic which he said he's still trying to catch up on.

"We've not seen the full effect yet but it looks like it could carry on for at least a few months from the time scale NHS England have been giving us," he added.

GPs across the country have tweeted about the difficulties the shortage is causing, while patients have tweeted texts from their surgeries which have said their blood tests have been cancelled. 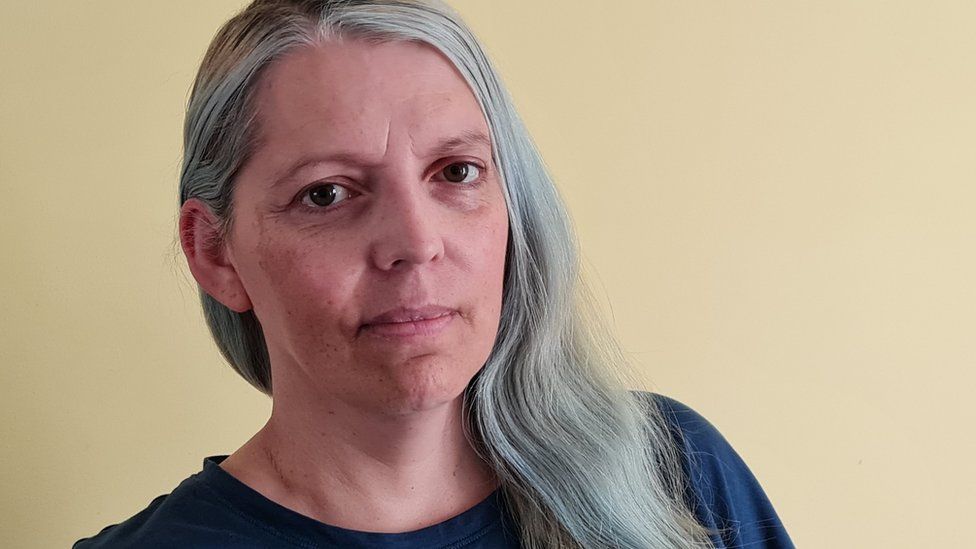 Alison Webb, from Wales, told the BBC she was told that she can't have her yearly thyroid and cholesterol checked due to the blood tube shortages. She has a condition which means the thyroid gland does not produce enough hormones and said her blood tests are currently overdo by four months.

"Now I've been told to ring again in a month's time. Terrible," she said.

The medical device company, Becton Dickinson, which manufactures its tubes in the US, said the need to test Covid-19 patients in addition to routine testing for procedures which were delayed due to the pandemic had increased demand. 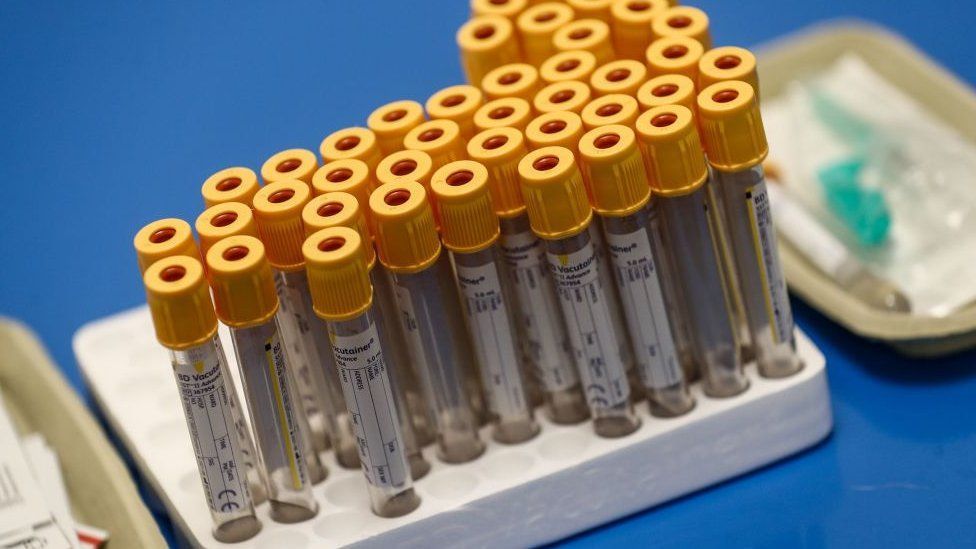 Responding to the new NHS guidance, the British Medical Associationsaid that healthcare staff were "still no closer to understanding how this situation was able to develop and why there wasn't a contingency plan".

"Today's guidance does not explain what will happen if hospitals or GP surgeries do run out of stock, and this must be addressed as a matter of urgency," said Dr David Wrigley, deputy chair of BMA council.

"No doctor wants the consequence of delayed diagnosis for patients due to these shortages, and they also need to know they are protected from any possible negligence claims," he added.

Like many other industries, Becton Dickinson said in addition to increased demand, it was experiencing "continued transportation challenges", which included port and transport capacity, air freight capacity and UK border challenges.

"Suppliers are also challenged to meet increased demand for raw materials and components," the firm told the BBC.

"We are balancing the frequency of preventive maintenance leading to plant shutdown to provide continuing supply of products, and we are working closely with our raw material suppliers, transport agencies and other necessary third parties to minimize supply disruptions," a spokesperson added.

A spokesperson for the Department for Health and Social Care told the BBC: "Patient safety and continuity of care is our priority and we are working to ensure there is minimal possible impact on patient care.

"The health and care system is working closely with Becton Dickinson to put mitigations in place to resolve any problems if they arise," they added.

Diabetes UK expressed concerns for the 13.6 million people in the country at increased risk of developing type 2 diabetes. The symptoms of type 2 diabetes can develop more slowly than those for type 1.

Nikki Joule, policy manager at the charity, said the supply issues would make the condition "harder to spot" and said it's "very important" that those at risk "do not fall through the cracks due to a logistical issue."