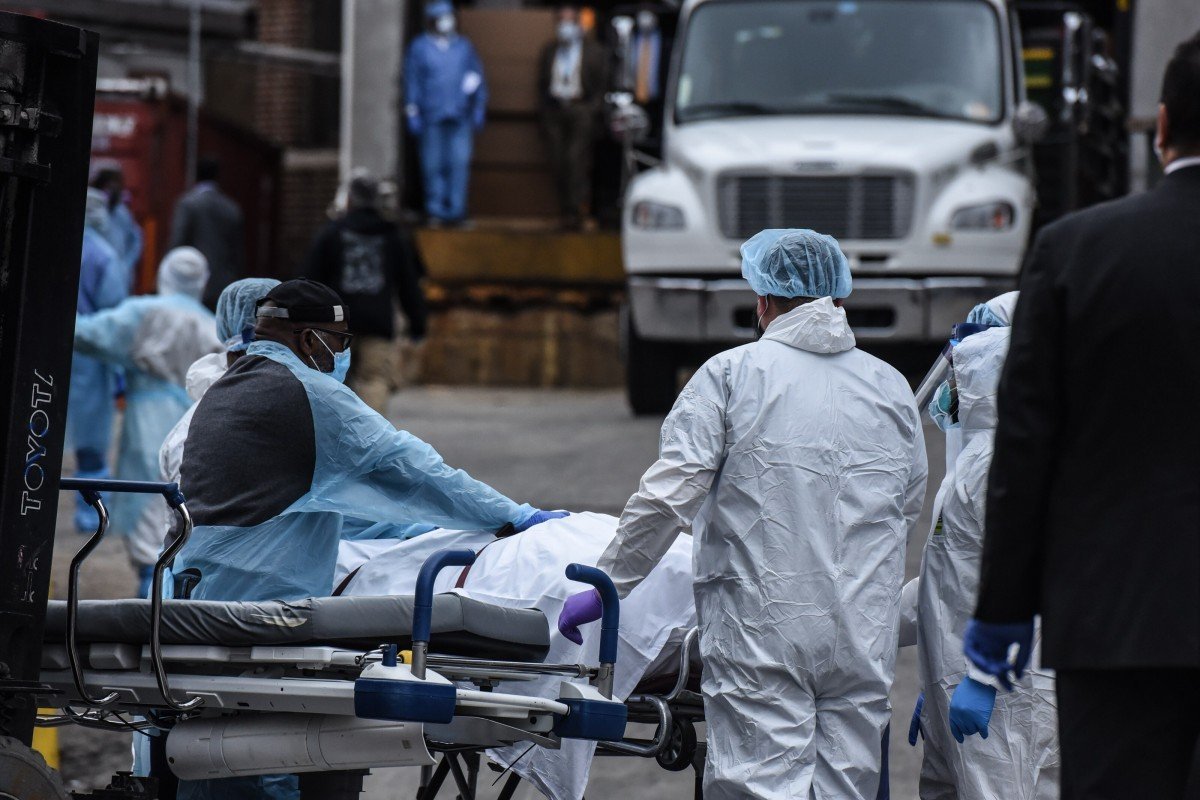 Analysis of gene samples from 84 Covid-19 patients in city suggests most had a European origin, according to researchers from Icahn School of Medicine at Mount Sinai. Similar study conducted in April found that about two-thirds of infections in New York were probably imported from Europe

The coronavirus spreading in New York is unlikely to have come directly from China, but from infected people travelling to the United States from Europe, according to a new study.

Researchers from the Icahn School of Medicine at Mount Sinai in New York said genetic analysis of samples taken from 84 Covid-19 patients in the city showed “limited evidence” of direct introductions from China, where the virus was first identified at the end of last year.

In most cases, the source of the infection was “untracked transmission between the US and Europe”, according to the study, which was published in Science magazine last week.

“Notably, the majority of introductions appear to have been sourced from Europe and the USA,” it said.

While most cases probably originated from Italy, Finland, Spain and France and other European countries, local transmission is likely to have contributed to the early community spread of the coronavirus, the researchers said.

The study was based on analysis of viral genotypes collected from patients cared for under the Mount Sinai Health System – a hospital network in New York – between February 29 and March 18.

Scientists can roughly correlate how a virus spreads around the world by examining small mutations in its gene sequence as it is transmitted from person to person.

The American researchers said their study, which involved 44 women and 40 men aged from their 20s to their 80s, was the first to involve genetic analysis of samples collected from patients in the New York metropolitan area.

However, a study carried out in April by genome scientists from NYU Langone Health, an academic medical centre in New York, who looked at viral samples from 75 Covid-19 patients in the city found that about two-thirds of the infections appeared to have been imported from European countries, including Britain, France, Austria and the Netherlands.

New York reported its first coronavirus case on February 29. Since then, more than 200,000 people in the city have contracted Covid-19 and more than 20,000 have died, according to figures from the public health department.