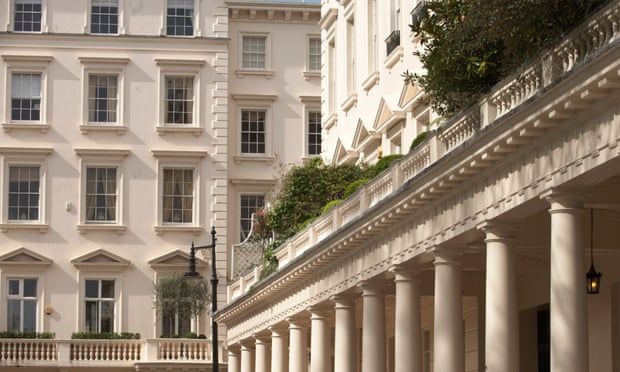 However, a string of lawyers, tax experts, MPs, accountants and transparency campaigners are warning that the long-awaited register of overseas entities, which was sped through parliament after Russia’s invasion of Ukraine, is “riddled with flaws and loopholes” and will have no impact on forcing corrupt oligarchs to reveal which UK mansions they own.

The register is intended to, in the government’s words, “flush out corrupt elites laundering money through UK property” by forcing secretive overseas companies to reveal the true owner or risk “tough fines”, or even up to five years in prison.

The Labour MP Margaret Hodge, who has long campaigned for a crackdown on secretive overseas ownership of UK property, complained that the register was “more lead balloon” than the “silver bullet we were promised would stop abuses like money laundering in our real estate sector”.

She said: “The new register is riddled with flaws and loopholes that mean oligarchs and organised criminals will still be able to evade scrutiny and secretly purchase premium London property, such as Highgate mansions or Kensington townhouses.

“To truly stop the flows of corrupt wealth into our housing market, the government must urgently put in place an open register of the true owners of UK land and property, not just of those owned by companies. Anything less would demonstrate once and for all that this government is truly soft on dirty money.”

John Cullinane, the director of public policy at the Chartered Institute of Taxation, the leading body representing tax accountants, said oligarchs and other members of the corrupt elite would be easily able to exploit “gaping holes” in the new rules.

He said individuals could legally sidestep the rules by holding property or land in the name of a nominee company, or by simply sharing the ownership with more than four relatives or friends.

“We highlighted a particular loophole in the new law, namely that the legislation requires the identification only of the beneficial owners of the company in question, and not those of the land or property itself. This matters because the company could be holding that land as a nominee for an individual who does not own the company,” Cullinane said.

“The company might be owned by a Cayman or Panamanian law firm, for example, which holds legal ownership of many properties on behalf of wealthy clients. In this scenario the names on the register would likely be the partners in the law firm, or perhaps no one at all. The name of the oligarch would be nowhere to be found.”

Cullinane said that even if an oligarch did own shares in an offshore company that owns a UK property, “if they hold 25% or less of that company’s shares, nothing needs to be disclosed.” He said: “A family of six could each own a 16.67% share of the company, thus bringing them outside the registration requirements.”

He pointed out that Alisher Usmanov, who has been subjected to UK sanctions and described by the government as “one of Vladmir Putin’s favourite oligarchs”, has said he has transferred properties into irrevocable trusts in the names of members of his family, potentially putting them beyond sanctions.

Cullinane also said a fine of up to £2,500 a day for failing to comply with the rules was unlikely to pose much of a deterrent to the super-rich targets of the legislation.

The Conservative MP Andrew Mitchell, who has long called on the government to do more to tackle international corruption, said: “It is probably true that bad people will find loopholes to prevent total transparency. If so, it will be up to the government to plug those loopholes with speed and effectiveness.”

Steve Goodrich, the head of research and investigations at Transparency International UK, said the law “isn’t perfect” but “it’s a good start”.

He said: “If enforced properly, this register will reveal who controls offshore companies holding property in the UK. For decades, criminals and kleptocrats have used opaque corporate structures to launder dirty cash into high-end real estate. Now they’ll have to do so without as much cover.

“Criminals are always trying to stay one step ahead of the law, and we’ve highlighted to government potential loopholes they might want to exploit. While some will still try to game the new rules, there’ll be far fewer shadows for them to hide in. Soon kleptocrats and oligarchs will have to break the law in order to keep hold their property portfolio anonymously.”

A spokesperson for the Department for Business, Energy and Industrial Strategy said: “The register of overseas entities will crack down on foreign criminals using UK property to launder money and will achieve greater transparency in the UK property market – with the 25% threshold for beneficial ownership being a global norm.

“The potential daily fine of £2,500 for those who are noncompliant is only one element of the sanctions. Individuals could face up to five years in prison and any noncompliant overseas entity will find it extremely difficult to sell, lease or raise charges over its land.”
Add Comment