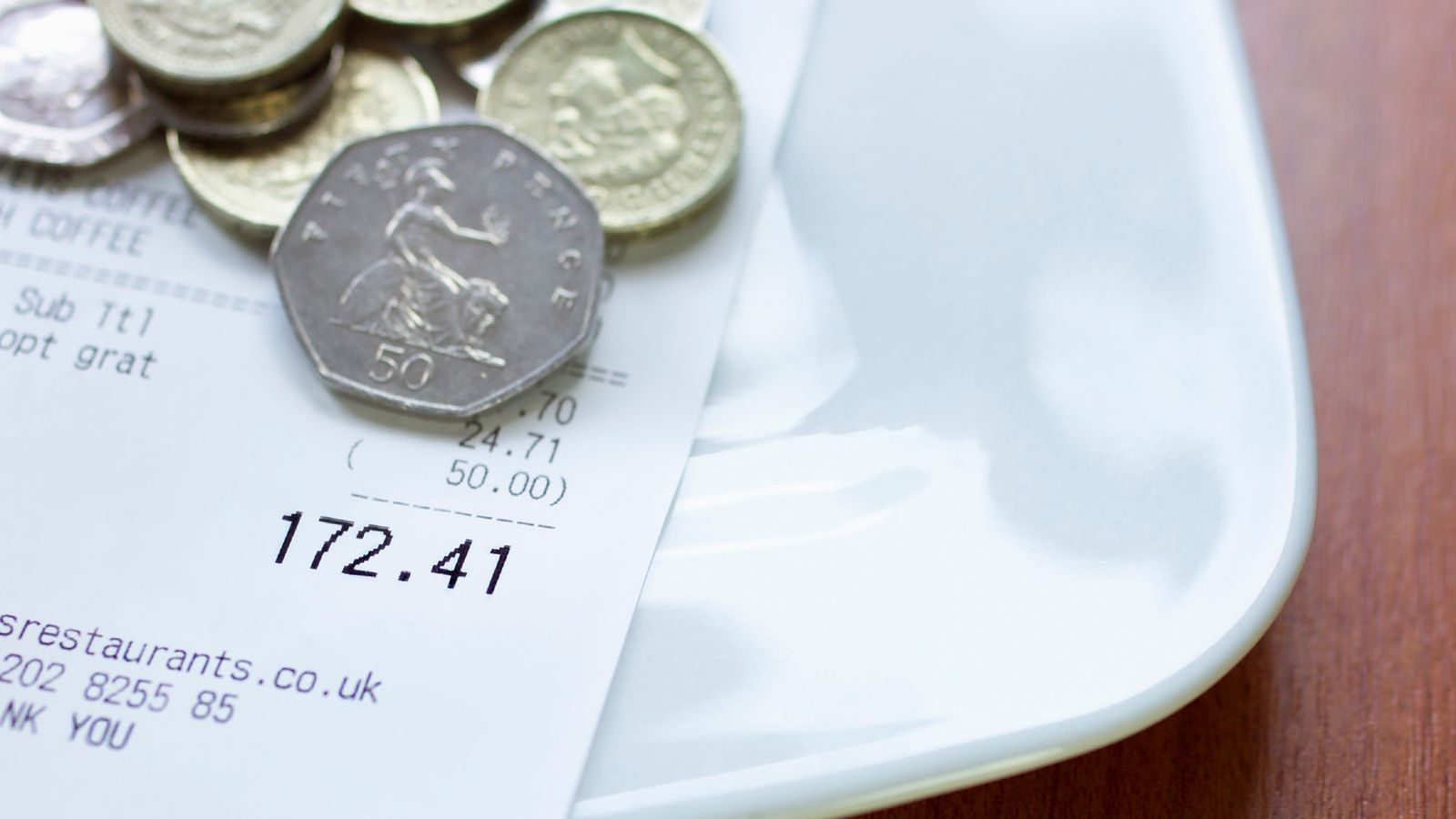 The issue was first highlighted in 2015 when it was revealed some chains were adding service charges and using some of this money to top up managers' salaries.
A bill to ensure hospitality workers and others receive their tips in full has moved closer to becoming law after gaining cross-party support in the House of Commons.

Plans to legislate in this area have been delayed since 2015 when a government consultation found restaurant customers were overwhelmingly in favour of the tips they paid going to the people who served them.

Further research the same year found that many owners of restaurants, bars, and cafes add discretionary service charges to customers' bills but then keep some of the money themselves.

Under the Employment (Allocation of Tips) Bill, employers would have a legal obligation on employers to ensure all tips, gratuities and service charges are paid to workers in full.

Employees will be able to request tipping records and take employers to a tribunal if they feel tips have been withheld.

The long-delayed legislation would also enable the government to create a code of practice intended to ensure fairness and transparency in how the money is allocated among staff, and introduce an enforcement mechanism for employees to make complaints and seek redress.

In October 2018, then prime minister Theresa May announced plans to deal with tips but Brexit turmoil prevented the legislation from going ahead.

Similarly Boris Johnson, when he was in the top job, also looked to make the change when in October 2019 the Queen's Speech committed to bringing forward the Employment (Allocation of Tips) Bill.

Following the snap general election that year, the Queen's Speech incorporated the measures into a proposed Employment Bill - but it did not materialise in the last parliamentary session.

The Queen's Speech in May 2021 did not list an Employment Bill or a specific tips bill.

Law will 'create confidence for consumers'


Now, Tory MP Virginia Crosbie has sponsored the bill - and on Friday it cleared its final hurdle in the Commons and will progress to the House of Lords for further scrutiny.

Speaking during the bill's third reading on Friday, Ms Crosbie told MPs: "The tipping bill has a simple message: to promote fairness and to promote transparency, to ensure that workers receive the tips they earn.

"This will create a level playing field for businesses who are already passing on tips to workers in a fair and transparent way.

"It will create confidence for consumers, who will know that the full value of the tip that they give will go to the workers."

She added: "It is estimated that this bill will benefit around one million workers in the sector, with a financial benefit of around £200 each year.

"With the cost of living at the front of a lot of people's minds, this bill will help those workers who are wrongly not receiving the money that they are due from the tips that they have earned."

Business minister Kevin Hollinrake said the bill will protect workers from "bad bosses" and give them an avenue to seek remedies.

He said: "Businesses will be assured they are not being undercut by companies where bosses are keeping tips for themselves.

"Consumers will have increased confidence that their tips are going to the workers they are intended for."
#Boris Johnson  #Johnson
Add Comment