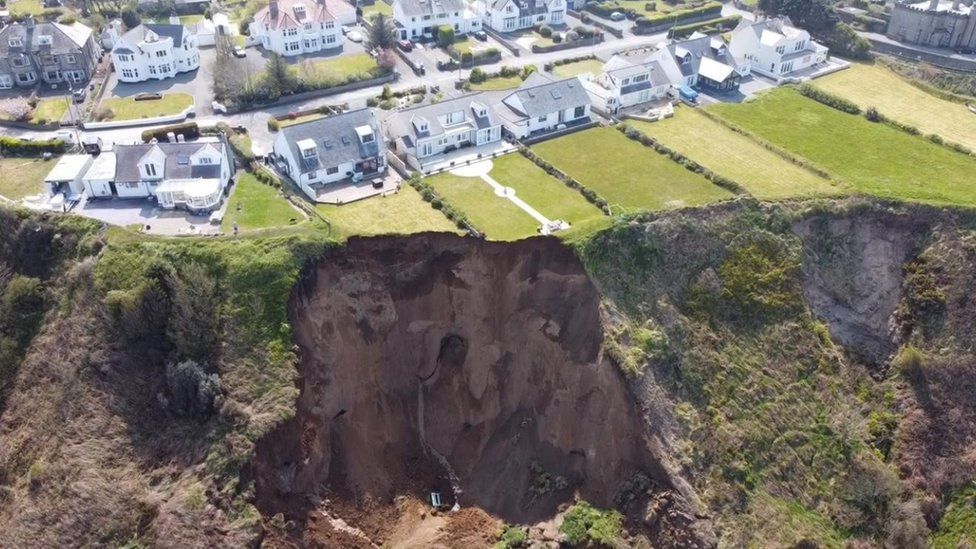 A major landslide at a beach in north Wales has prompted warnings for people to stay away.

The cliff fall, which eyewitnesses say is up to 40m (131ft) wide, happened on Nefyn's coastline in Gwynedd.

Christian Pilling, who works nearby, said he was on a walk in the area and "had the shock of our lives" when they saw what had happened.

Coastguard crews were alerted to the fall at about 12:30 BST, the Maritime and Coastguard Agency said.

Emergency services and utility companies are securing the area after the landslide, which saw parts of some gardens on the cliffs above tumble onto the beach below.

Gwynedd Council said: "A significant landslide has affected the beach in Nefyn with a large part of the cliff having fallen on the beach earlier today."

It said council officers were on site, adding: "Arrangements have been made for an initial investigation of the cliff to be carried out."

In a tweet, North Wales Police also said: "We are aware of people gathering to take photographs - the public are advised to avoid the area until further notice."

Mr Pilling, a hairdresser from nearby Morfa Nefyn, said: "We'd just gone down for a walk and turned round and had the shock of our lives.

"I don't think anyone was on the beach. We'd gone down there about half an hour after it happened. 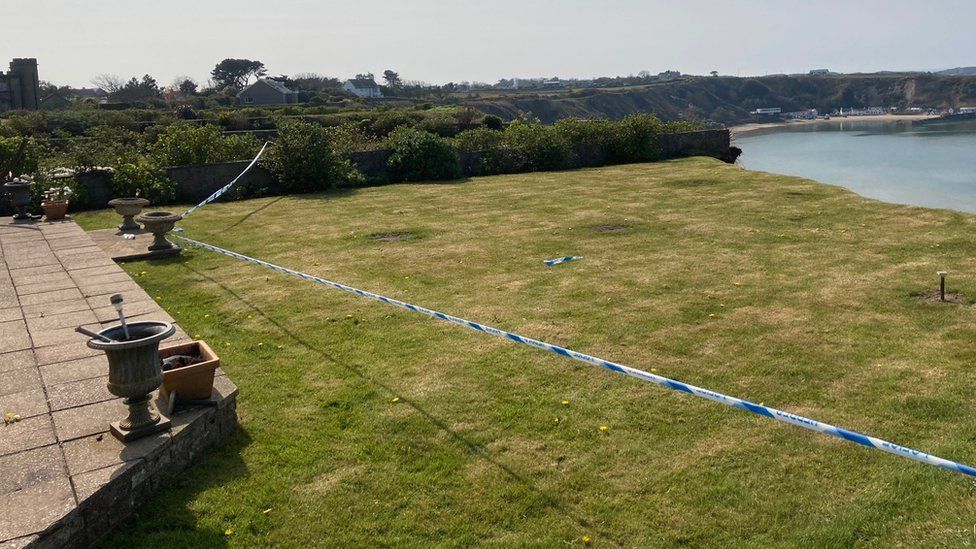 Joan Coppin, who lives near the beach, said: "It's taken land from the bottom of holiday homes on Rhodfar Mor - we have got local people to the right of those and they are in quite a precarious place, I would say.

"I live at the back of the beach. I'm so glad it's today it happened - I seriously hope no-one is missing. If it happened yesterday, there were people around, it was sunny.

"Us locals don't go there when the tide is coming in. The whole of the area - about two-and-a-half miles - has coastal erosion. We have had big landslides before." 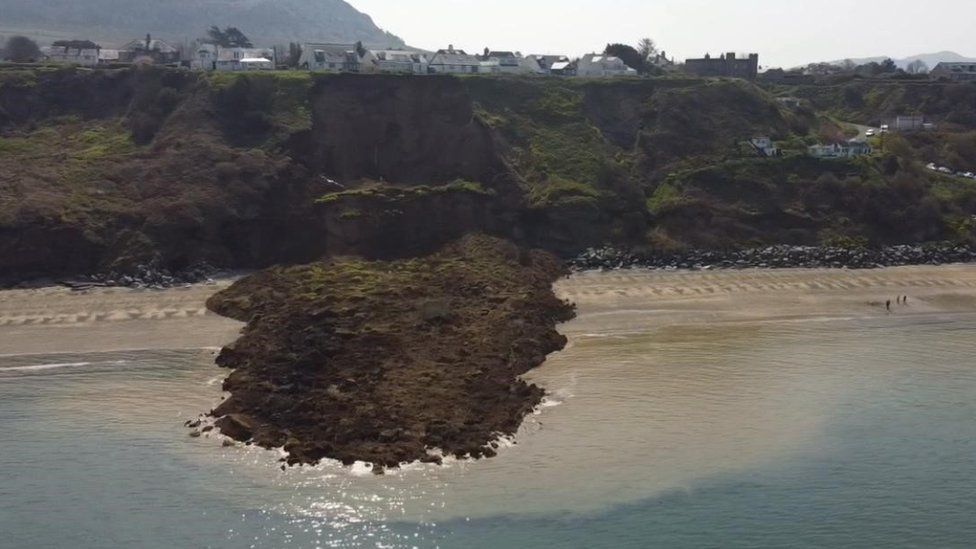 In 2001, Shirley Race, 58, died and her husband Donald, 63, was seriously injured in Nefyn when a landslide engulfed their car, sweeping it over a cliff and into the sea.

The British Geological Survey (BGS) lists Nefyn as being in a "subsidence hazard zone".

The coastal area has a surface geology of weak, superficial drift deposits of clay, silt, sand and gravel. 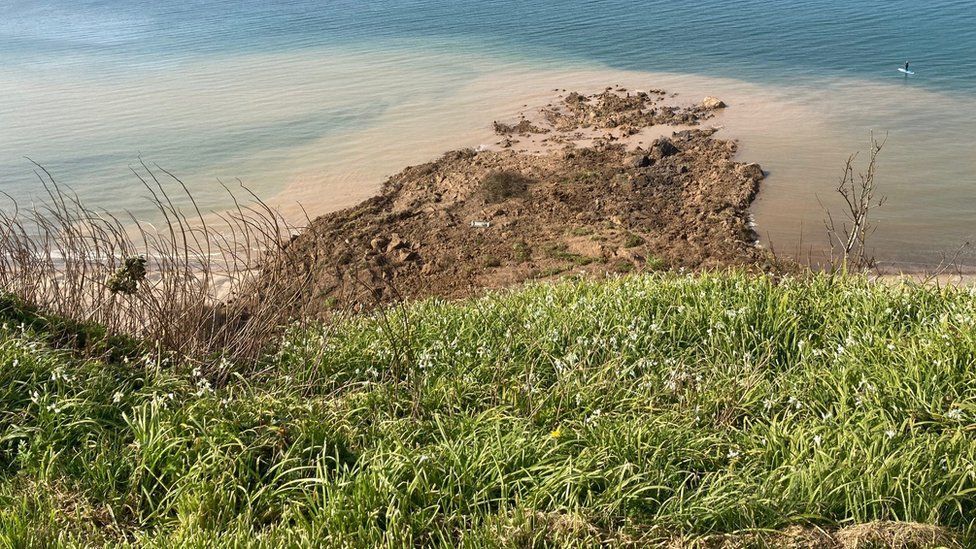 The BGS has said there was "a variety of landslide types within Nefyn Bay including rotational failures, flows, falls and debris slides.

"The slopes are covered in weathered debris and this is particularly susceptible to shallow landsliding, especially when saturated by water."

When asked if people living in Nefyn should be worried, engineering geologist for the BGS Ashley Patton said: "I wouldn't want to scare anyone but of course, when you see events like this and of this scale, you can't help but think 'is that area of the cliff next'?

"Of course that happens all along that coastline, so there is the potential anywhere could go." 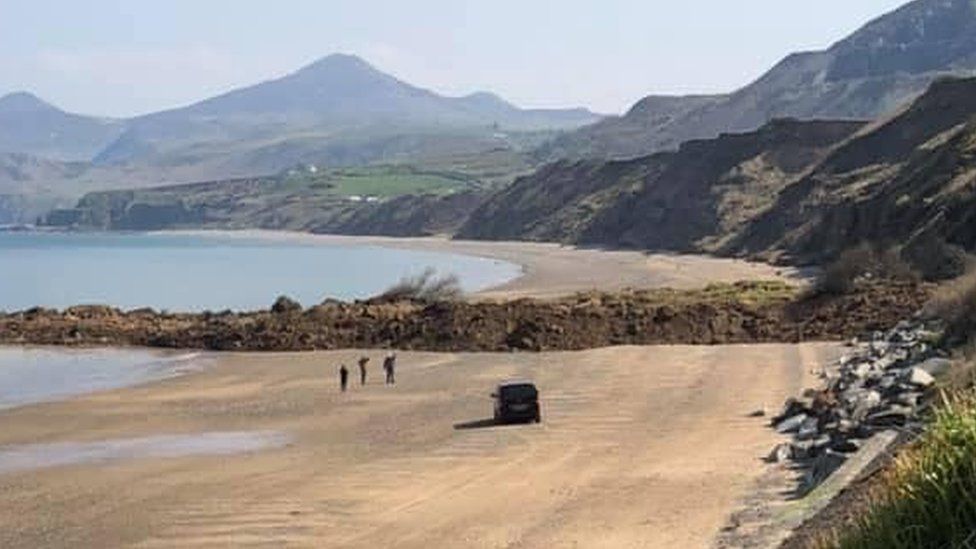 Emergency services and utility companies are securing the scene