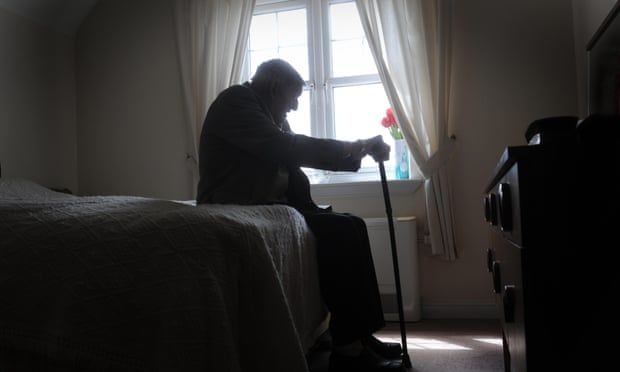 Nearly 70,000 may die waiting for adult social care before Johnson plan kicks in

Criticism has continued to mount after the prime minister announced a 1.25% tax to be paid by workers and businesses aimed at finally resolving the social care crisis he promised he had a strategy to fix more than two years ago on the steps of Downing Street.

The manifesto-busting move has been condemned by opposition parties, thinktanks and some backbench Conservatives, who warned it would disproportionately hit the poorer and younger, fail to guarantee people would not have to sell their home to foot the costs and not address the urgent situation for those seeking care.

Ahead of a bill to be debated in parliament on Tuesday that will give the new levy legal force, estimates have been drawn up showing that 69,950 adults are likely to die waiting for social care before the £86,000 cap on costs is introduced in October 2023.

A further 72,883 adults are also likely to have died while waiting for social care in the 26 months between July 2019 – when Johnson said he had a “a clear plan we have prepared” – and the point this month when details were finally released.

Labour said if the rate of people dying while waiting for adult social care continued over the following 25 months to October 2023, the number would total 69,950.

Jonathan Ashworth, the shadow health and social care secretary, said: “These numbers expose a gaping flaw in the plan – the fact that thousands of people in need of support will feel no benefit from it. Tory MPs are imposing a punishing, unfair tax rise on hardworking people for something that won’t even fix social care when eventually is introduced in 2023.

“In the meantime thousands of people will die without dignity and comfort waiting to receive the social care they desperately need.”

The Department of Health and Social Care was contacted for comment.

This week, Johnson comfortably won a vote on the new levy, managing to contain unhappiness from within his cabinet. Just five Tories voted against the proposal, while 36 abstained. The motion was to allow the government to make tax changes, which will now be carried out under the health and social care levy bill to be debated and almost certainly passed on Tuesday.
#Boris Johnson  #Johnson
Add Comment