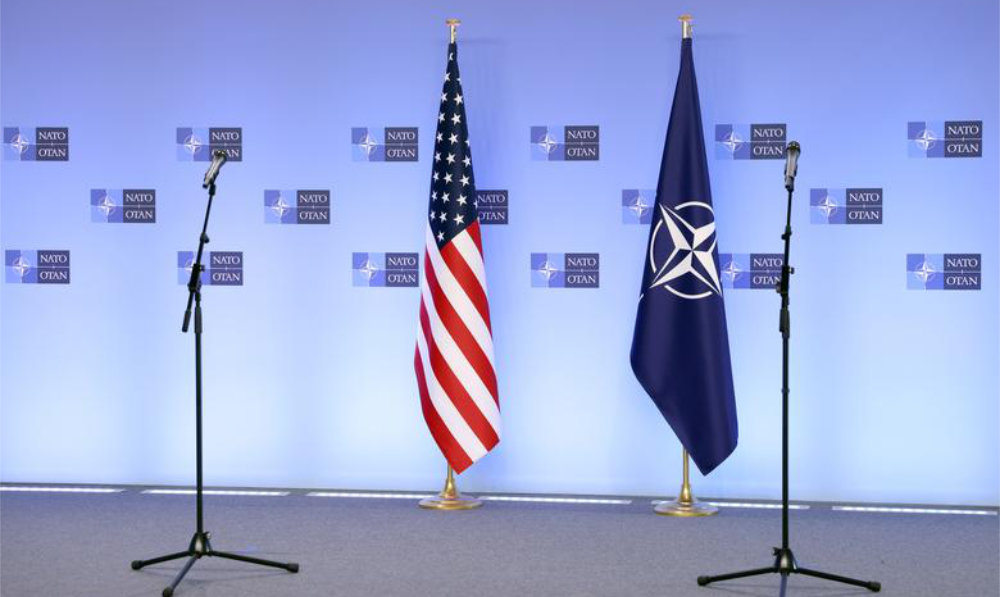 The current priority for Washington and its NATO allies is addressing the emerging global challenges the alliance faces, especially those originating in Russia and China, according to the US undersecretary of state for arms control and international security.
Speaking during a press briefing in Brussels on Tuesday, attended by Arab News, Bonnie Denise Jenkins said the alliance has for the first time formally discussed the challenges posed by Moscow, especially in light of the conflict in Ukraine, and the growing global strength of Beijing, which is perceived as a threat to Western powers.

She said her talks with European allies at NATO headquarters focused mainly on arms control related to the war in Ukraine, and the alliance’s new strategic concept, which was approved during its summit in Madrid last month.

“The summit showcased our collective strength to meet the challenges of the world and threats we are facing today and in the future,” said Jenkins.

Jenkins stressed that the US and its allies have no interest in a direct, potentially nuclear, confrontation with Russia and that they are instead working to provide Ukrainian forces with weapons and other military assistance.

She also described NATO’s recent formal invitation for Sweden and Finland to join the alliance as a “historic act.”

In another first, Indo-Pacific countries Australia, Japan, New Zealand and South Korea were invited to participate in last month’s NATO summit. Jenkins said the discussions with them included defense of allied nations and threats to the “rules-based order.”

She also highlighted other key principles addressed during the summit, including the concept of strategic stability through deterrence and defense, arms control and disarmament. She said countering the growing strength of China and Russia remains key to the shared security of NATO members.

On the question of Iran’s nuclear program, and Washington’s position on the negotiations with Tehran to limit it, Jenkins said that since the US withdrew from the 2015 Joint Comprehensive Plan of Action in 2018, Iran’s breakout time — the time needed to produce enough fissile material to develop a nuclear weapon — has fallen from a year to a matter of weeks, or even less.

Jenkins said President Joe Biden’s administration is “seeking to return to full implementation of the JCPOA,” which imposes restrictions on Iran’s nuclear program and subjects it to monitoring by the International Atomic Energy Agency.

“We still value the JCPOA and see it as the most important way in which we can achieve success in trying to prevent Iran from obtaining nuclear weapons,” she said.
#Joe Biden
Add Comment