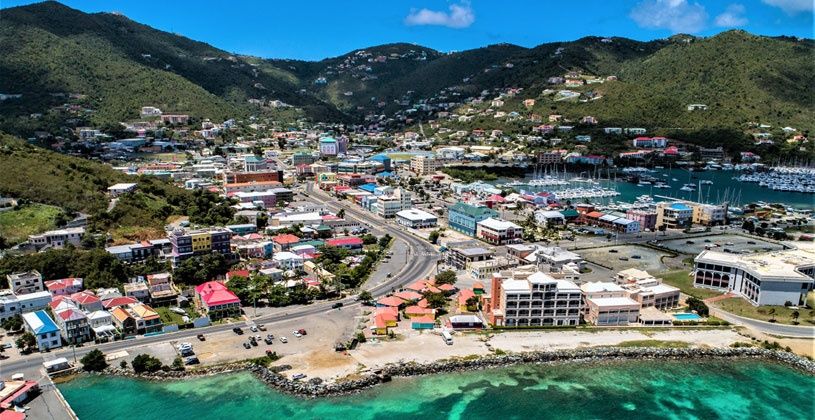 In a matter of days, the British Virgin Islands’ draft National Sustainable Development Plan will be made public and residents of the territory are being asked to have their say by commenting and providing recommendations.
A press release from the Government issued on Thursday, January 6, informed that the draft plan will be available on its website – bvi.gov.vg on January 15.

In explaining the reason for the initiative, Premier and Minister of Finance, Hon. Andrew Fahie said, “The overarching goal of preparing a development plan is to strengthen the resilience of the society to withstand future hurricanes, pandemics and any other crisis that may come; and to secure the future prosperity of the Virgin Islands through sustainability.”

He continued: “One of the promises made to the citizens of this country was that the draft National Sustainable Development Plan would be submitted to them for comments before it was completed and taken to the House of Assembly for approval.”

Members of the public will be given one month to provide their feedback on the draft plan that will guide the development of the territory for the next 15 years.

There will also be public consultations on the plan, which is being developed with technical support from the United Nations Economic Commission for Latin America and the Caribbean (UN ECLAC).

The release stated that UN ECLAC Lead Consultant, Dr. June Soomer and her team will meet with special groups such as farmers, fisherfolk, financial services, teams from ministries, tourism stakeholders, private sector officials, sports personnel and Civil Society Organisations to ensure that they are well represented within the plan.

She said the plan is grounded in a vision espoused by the people of the country for their future and is sustained by an implementation strategy and a monitoring and evaluation, which will measure its progress.

Dr. Sooner added: “In this regard, a series of goals have been prioritised and each goal will advance one of the key pillars of sustainable development, namely people, prosperity, planet, peace and partnerships in order to ensure a focus on the achievement on the national vision.”

Premier Fahie said that the plan in question has been built on inclusivity with recommendations from the public and industry stakeholders from the onset with over 70 sets of consultations and submissions received from individuals, schools, community leaders, organisations, the Private Sector, Public Officers, ministries, District Representatives, institutions and Virgin Islanders in the diaspora.

“The plan is aligned with the national development priorities with the sustainable development goals, which is an indication of national ownership of the global agenda and will help to meet international monitoring and evaluation standards, as well as allow Government to be accountable to the people of the Virgin Islands,” the release added.
#the Virgin Islands  #Fahie
Add Comment