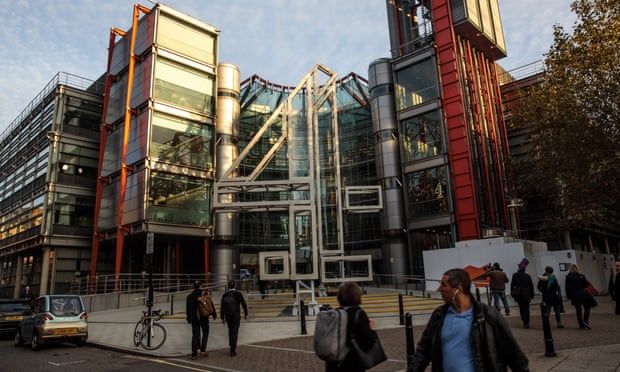 Nadine Dorries presses ahead with plan to privatise Channel 4

The culture secretary, Nadine Dorries, is pushing ahead with controversial plans to privatise Channel 4, with the government backing proposals to sell off the broadcaster after 40 years in public ownership.

The government hopes to raise around £1bn from the sell-off, making it one of the biggest privatisations since Royal Mail went public a decade ago. Ministers have suggested they could spend the proceeds to boost creative training and independent production companies, essentially funding their levelling up agenda.

The plans had met fierce reaction from the media industry, with prominent broadcasters such as Sir David Attenborough suggesting the government was pursuing an agenda of “shortsighted political and financial attacks” on British public service broadcasters.

Channel 4’s chief executive, Alex Mahon, told staff of the news in an email on Monday night, saying: “We have been informed in the last hour that the government will shortly announce that the secretary of state has decided to proceed with the proposal to privatise Channel 4.

“In our engagement with the government during its extended period of reflection, we have proposed a vision for the next 40 years which we are confident would allow us to build on the successes of the first 40. That vision was rooted in continued public ownership and was built upon the huge amount of public value this model has delivered to date and the opportunity to deliver so much more in the future.”

Mahon hinted that the current leadership of Channel 4 would not go down without a fight, suggesting that “ultimately the ownership of Channel 4 is for government to propose and parliament to decide” and the lengthy process of passing legislation to privatise the channel meant it was not a done deal.

On Monday evening Dorries tweeted that public ownership was “holding Channel 4 back from competing against streaming giants like Netflix and Amazon”. She added: “A change of ownership will give Channel 4 the tools and freedom to flourish and thrive as a public service broadcaster long into the future.”

The shadow culture secretary, Lucy Powell, described the move as “cultural vandalism”. She said: “Selling off Channel 4, which doesn’t cost the tax-payer a penny anyway, to what is likely to be a foreign company, is cultural vandalism. It will cost jobs and opportunities in the north and Yorkshire, and hit the wider British creative economy.”

The channel is run on a commercial basis and carries adverts but reinvests all of its profits into making new programmes. Its current leadership has argued that a new private sector owner would instead seek to maximise profits at the expense of original and distinctively British programming.

Last year Dorries wrongly claimed in parliament that Channel 4 was in “receipt of public money”. In reality the channel operates without any public subsidy but it has the ability to access emergency borrowing from the state.

Despite this, the government has argued Channel 4 is too small to survive in the long term when competing against global streaming companies for programmes. Although it has grown the audience for its own All 4 catchup service, the broadcaster is heavily reliant on the traditional income that comes from selling advertising on live broadcasts.

Potential buyers for the broadcaster could include a streaming service, another British commercial broadcaster such as ITV, or a US media company such as Discovery – although they could all be put off by the need to meet public service requirements such as providing expensive current affairs programming.

Dorries’ decision comes days after the government, in consultation with Ofcom, appointed the businessman Sir Ian Cheshire as the chair of Channel 4 with an eye on privatisation. Michael Grade, the newly installed chair of Ofcom and a former chief executive of Channel 4, is also a supporter of privatisation – potentially making it easier to clear any regulatory concerns.

The announcement comes shortly after Dorries announced another real-terms reduction in the BBC licence fee, which will result in further cuts to its budget.

Although the government would be likely to be able to pass the legislation required to privatise Channel 4 through the Commons, it could struggle in the Lords. There had been speculation in recent weeks that the prospect of a tough battle to pass the relevant law would cause the government to abandon the privatisation plans as it prepares the ground for a general election due in the next two years. Instead, it appears to be betting it can push through the sell-off at speed.

Proposals to privatise Channel 4 have been made regularly during its existence but until now the broadcaster has always successfully retained its independence.

The latest sell-off proposals were made in the wake of the Conservatives’ 2019 election campaign, when the broadcaster’s news arm angered the governing party by replacing Boris Johnson with a melting block of ice during a debate about climate change.

Channel 4’s former head of current affairs Dorothy Byrne also alienated Downing Street when she described the prime minister as “a known liar” and compared him to the Russian president, Vladimir Putin, in a speech to the media industry – views that are rarely publicly expressed by sitting senior news executives.

A formal consultation on whether to privatise Channel 4 was launched last year and attracted more than 60,000 submissions, with independent television production companies putting up a particularly fierce opposition. They argued ministers should be celebrating Channel 4 as a creation of Margaret Thatcher’s government which helped turn the UK into one of the biggest global centres for media production.

A Channel 4 spokesperson said the government’s announcement on Monday had been “made without formally recognising the significant public interest concerns which have been raised” during the consultation process.

“Channel 4 has engaged in good faith with the government throughout the consultation process … Recently, Channel 4 presented DCMS [the Department for Digital, Culture, Media and Sport] with a real alternative to privatisation that would safeguard its future financial stability, allowing it to do significantly more for the British public, the creative industries and the economy, particularly outside London.

“Channel 4 remains legally committed to its unique public-service remit. The focus for the organisation will be on how we can ensure we deliver the remit to both our viewers and the British creative economy across the whole of the UK.

“The proposal to privatise Channel 4 will require a lengthy legislative process and political debate. We will of course continue to engage with DCMS, government and parliament and do everything we can to ensure that Channel 4 continues to play its unique part in Britain’s creative ecology and national life.”