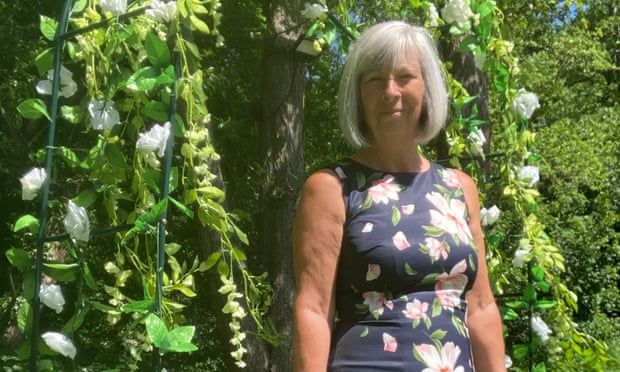 ‘My choices are limited’: over-50s turn to flatsharing in cost of living crisis

Marie, 53, shares a flat with her friend and their family. It’s noisy and cramped and she is desperate to move into her own place but she can’t. Rents are high in East Sussex, where she lives, and the property market is highly competitive, with estate agents prioritising dual-income families.

“I’m looking all the time, I have to move,” she said. “It’s not conducive to my mental health or wellbeing here.”

Marie teaches English to refugees. “None of them can believe their teacher is struggling to make ends meet and to have somewhere to live. They are flabbergasted,” she said. “I don’t need a lot – just a one-bed flat and a garden. It shouldn’t be too much to ask. It’s really rather incredible seeing as I did everything right, I went to school, to university, I have two degrees, 17 years of experience in my field.”

While some are choosing to share properties for social reasons and because there is less stigma than in the past, many are priced out of living alone.

SpareRoom’s Matt Hutchinson said: “The cost of living crisis has had a huge impact on the rental market,” making it even more unaffordable than pre-pandemic. He said it was likely to “get worse before [it gets] better”.

Among older flatsharers there is a mix of people who have faced life-changing circumstances and realised they can’t afford to rent on their own, and long-term renters who “simply can’t afford to get on to the property ladder”, Hutchinson said.

This has accelerated since the cost of living crisis began. Cohabitas, a flat-sharing platform for people over 40, has seen a 44% increase in users over the past six months. Its research suggests 93% are motivated by financial reasons.

Its co-founder Nick Henley said “structural issues with housing” were driving the increase. “The cost of living has been an issue for people for about 20 years, but now it’s reaching more people. They’re more open to house-sharing because of changing social norms, and fewer have the capability to own a home, so all these factors are squeezing people and accelerating what’s been underlying.”

He added that flatsharing in later life was different. People tend to be better at keeping the space clean, being considerate of noise and respecting privacy, but there tends to be less in-house socialising.

Renters over 50 who spoke to the Guardian said they did not spend quality time with their housemates and felt trapped in their situation, with the soaring cost of bills extinguishing any hope of finding a place of their own.

Angi Long, 60, a housing association administrator, said she had hoped for the “Scandinavian view of older people living together in a community, helping each other out and becoming friends”. “That’s lovely, but it hasn’t worked out,” she said. In her seven-person house, most people stay in their own rooms and rarely use the communal lounge.

She has found it difficult to find flatshares elsewhere – “there is massive ageism out there” – and said she felt trapped by the rising cost of living. “Looking forward, bills will increase quite considerably over the next year – do I want to sit tight for another year?”

In areas where housing is expensive – a growing swathe of the country – many people in employment are struggling to afford a studio or one-bed, and for people on universal credit it is even more difficult.

Joseph, 55, was placed in a 12-person house share in Sandwell by the council after a period of homelessness. He pays £400 a month for a room in a house full of “mould and rats”, he said. His mental health has deteriorated to the point that he is having suicidal thoughts.

He knows his rent should afford him a better place, but landlords are reluctant to accept him and the local housing market is competitive. “I don’t know when I’m going to end up getting myself somewhere proper where my son can come round, sit with his dad, play computer games. It’s just a no-win situation.”

His frustration is shared by Martin, who turns 60 this year. He is unable to work for health reasons, and he can only afford a room shared in a house with a revolving cast of low-skilled, low-waged temporary workers. He is a long-term renter after a property bought in the early 1990s fell into negative equity during a market crash, leaving him unable to take out another mortgage.

He has to move regularly owing to “Homes Under the Hammer”-style landlords who do up properties, briefly rent them out, and sell them on to make money, and he is unhappy with low standards and housemates “being noisy, not being considerate to others, not keeping the place clean and tidy”.

He wants to be able to “put more emphasis on stability” and move into his own place, but he said “it feels like my choices are pretty limited”.

He had a bleak take on the silver linings to his situation: “If nothing else, I’ve learned to be a bit more accepting now. You’ve got to deal with where you are and what you’ve got. It’s not ideal, but the property owner [where he now lives] is decent, and the agent is crap but manageable.”