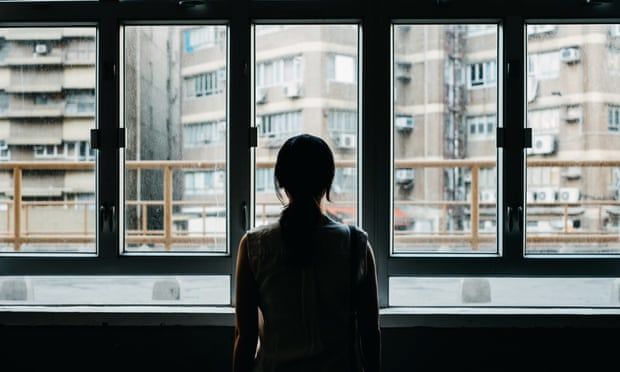 The government’s pledge to outlaw virginity testing will be undermined unless fake surgery touted as “virginity repair” is also banned, the Royal College of Obstetricians and Gynaecologists (RCOG) has warned.

Last month ministers committed to criminalising the invasive and unscientific “tests” offered by some private clinics to determine whether someone is a virgin through an examination to see if the hymen is intact.

However, there are no plans to ban a procedure the same doctors claim can “restore virginity” by constructing a layer of skin at the entrance to the vagina to create the illusion of an unbroken hymen.

Typically girls and women are forced into the surgery known as “hymenoplasty” by their relatives, who want to present them as a “pure newborn virgin” who will bleed on their wedding night.

In 2020, an investigation by the Sunday Times identified 22 private clinics across the UK charging up to £3,000 for the procedure, which is performed under local anaesthetic. During the course of a year, about 9,000 people in the UK had searched Google for “hymenoplasty” and related terms, it found.

The RCOG claims efforts to ban virginity testing will be compromised if procedures that “repair or reconstruct” the hymen are not also made illegal.

Dr Edward Morris, the RCOG president, said: “We believe both procedures should be banned in the UK. Neither have any medical benefit and both are harmful practices that create and exacerbate social, cultural and political beliefs that attach a false value to women and girls in relation to their sexual history.

“A ban on virginity testing is undermined without a ban on hymenoplasty, as the two practices are inextricably linked.”

The hymen is a membrane with relatively few blood vessels and, according to the RCOG, studies have found that bleeding is not routinely observed after first vaginal intercourse.

The World Health Organization is clear the appearance of the hymen is not a reliable indicator of intercourse and says virginity testing is a violation of human rights.

Diana Nammi, executive director at IKWRO Women’s Rights Organisation, said hymenoplasty is a form of violence against women and girls and a harmful practice that can enable forced marriages.

“A ban on virginity testing is essential but on its own will not be enough to protect many of the girls and women we work with. They tell us they do not choose to undergo this procedure of their own free will – rather it is always because they are under pressure to present as a virgin,” she said.

“And if a girl doesn’t bleed on her wedding night, which hymenoplasty doesn’t guarantee, she will be at even greater risk from honour-based abuse.”

The MP Richard Holden is hoping for cross-party support for two clauses banning virginity testing and hymenoplasty that he has tabled for the health and care bill going through parliament.

He said: “Virginity tests and hymen repair surgeries are being conducted by doctors to check or ‘restore’ the virginity of girls and women, often prior to marriage. These practices are not founded in science, are abusive and perpetuate dangerous myths.”

The government has already committed to banning virginity testing in its violence against women and girls strategy – but hymenoplasty was not mentioned.

It confirmed it would legislate to make virginity testing illegal at the “earliest opportunity”.

The Department of Health and Social Care said it remained concerned about the practice of hymenoplasty and said it intended to set up an independent expert panel to examine the clinical and ethical aspects of the surgery.

Case study: ‘I was so confused and scared’

Hafsah, a British woman whose family is from Kurdistan, described how she came under pressure from her parents to have the surgery after she was raped by a stranger at the age of 15.

Speaking for the first time about the attack and subsequent abuse, she recalled: “I had stayed late at school to catch up on my studies and was walking home in the dark when I was grabbed from behind. I tried to defend myself but my attacker ripped off my trousers.”

When she arrived home she tried to hide the assault but her mother noticed her clothes were torn and muddy.

“It was discussed that if I didn’t bleed I wasn’t a virgin. They wouldn’t let me go to the toilet on my own and when there was no blood my mum went crazy. They came to the conclusion I must have had sex before which I hadn’t.”

For months Hafsah was harassed by her family who said they could “fix her shame”.

She said: “At first I didn’t know what they meant, but they said there was a surgery that would make me a girl again. My dad said ‘we have a solution, we have faith in you’. He was smiling but I was so confused and scared.”

Her mother used a tissue to demonstrate how a layer would be used to create a fake hymen that would tear when she had sex.

“She whispered to me, ‘when it’s your first night you will bleed like a pure newborn virgin’,” said Hafsah, whose real identity we are protecting. “All that mattered to them was that I would bleed on my wedding night.”

Hafsah, now in her 30s, said: “I told them I didn’t want the surgery but for more than a year they used emotional blackmail to try and persuade me.”

The harassment took a toll on her mental health and only ceased when she married in secret, got pregnant and was disowned by her father.