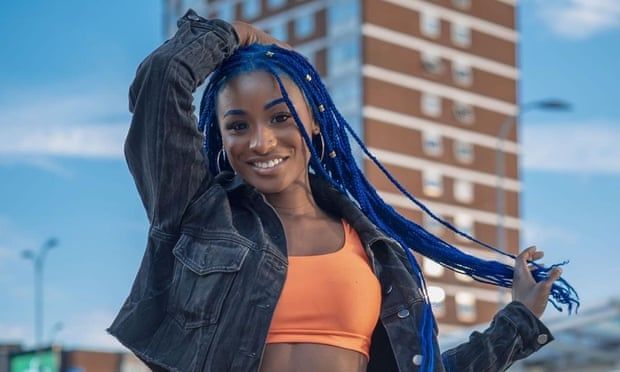 MPs to investigate influencer pay amid evidence of racial gap

For social media influencers, success comes in units of thousands and millions – but for many of them that is followers, not pounds.

This month, MPs recommended that the government investigate pay standards in the industry as part of a wider review of the influencer market, citing inconsistent pay rates and evidence of a racial pay gap.

Influencers and content creators told the Guardian differing stories. Florian Gadsby, 29, posts videos of himself making pottery on Instagram, YouTube and TikTok. He says his earnings are inconsistent across the different platforms, although it is not his main form of income (and he also uses the sites to advertise his wares to buyers). He makes the most on YouTube, which offers a cut of revenue from adverts shown alongside his videos, but a small amount from Instagram directly, where he has 639,000 followers.

“It would be great if there could be a consistent way of paying influencers on social media platforms, but I think it’s too complicated to standardise,” he says.

Aziza Makamé, 27, has a full-time job in marketing but supplements her income with a TikTok account carrying pet content. “I would never recommend it full time,” she says, adding that life outside the top tier of influencers is tough. “You are constantly chasing payments and invoices, and trying to make content.”

But for Nifè, a 26-year-old TikTok creator and influencer with 2.3 million followers, her popular dance videos have been a commercial success. Brand partnerships with Coca-Cola and Nespresso have helped her earn more than £150,000 since the end of 2021. “I think attracting the right brands and opportunities is probably the best way to make money from TikTok,” she says.

The huge variation in the pay rates of influencers has prompted MPs to act. The digital, culture, media and sport committee said social media platforms are “not appropriately and consistently rewarding influencers for their work” and also warned that payment from brands “varies wildly”. The committee also flagged research pointing to a racial pay gap within the industry.

Influencers – a catch-all term for people who make money from producing content online – build relationships with their audiences, which can number in the millions, by making content that ranges from TikTok clips to YouTube videos and Instagram posts. Their work can be in the form of cooking lessons, exercise tutorials or fashion and cosmetics video blogs.

Payment can come from a number of sources, which include: brands that pay influencers to promote their products; YouTube’s partner programme, which offers a cut of the advertising revenue from ads accompanying the videos; loaning or giving products or services in exchange for a review or endorsement; follower donations or purchases of an influencer’s own products; and funding schemes offered by TikTok, Snapchat and Instagram.

If you go down the brand partnership route, payment rates can vary wildly. Influencers with 100,000 followers who sign up with brands to promote products fetch between £250 and £30,000 per campaign, according to data from the SevenSix Agency, which helps influencers broker deals with brands. The Instagram page influencerpaygap is a popular location for influencers to share pay rate information.

“There is definitely an inconsistency in fees, but it’s possible to have a successful career as an influencer. Understanding the industry fee structures, as unsophisticated as they may be currently, is very important,” says Charlotte Williams, SevenSix’s founder, who says the key to success is building contacts with public relations professionals and the brand managers who run campaigns for products.

TikTok makes undisclosed funds available to some creators in the UK, Snapchat paid out $250m (£200m) to users globally from its Spotlight programme last year, and parts of Instagram’s bonus programme for creators are available in the UK, while OnlyFans gives creators 80% of their subscription fees. YouTube’s partner programme for accounts with more than 1,000 subscribers offers a 55% cut of advertising revenue.

The Advertising Standards Authority told MPs that a “small minority” of influencers command the highest fees, while “many are not successful”. It is a competitive but growing market. According to one estimate, the influencer marketing industry will grow from $6bn in 2020 to $24.1bn by 2025.

There are also moves to establish a trade union for influencers and creators in the UK. Kat Molesworth, co-founder of the Creator Union, is hoping to start recruiting members later this year. She says influencers and content creators are often treated badly, working without contracts and waiting months or years for payment.

“I think that funding for a union should in part come from the industry, both the advertising industry and the social media platforms, because influencers are part of a $6bn global economy and they deserve to be treated fairly and represented,” says Molesworth.