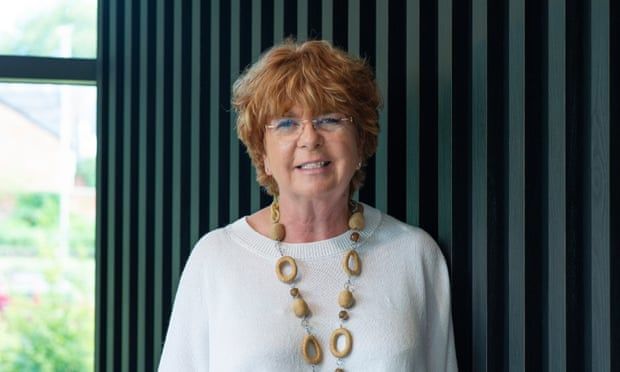 Caroline Kean, who represented Catherine Belton when she was sued by Russian billionaires, says libel actions are an existential threat
A leading media defence lawyer has urged MPs to show “guts” and act to protect public interest journalism in England and Wales from the existential threat she says is posed by public figures and bodies attempting to shut down criticism.

Caroline Kean, a partner at Wiggin, represented the journalist Catherine Belton when she was sued by multiple Russian billionaires including Roman Abramovich and the Russian state oil company Rosneft. Kean is also defending FT journalist Tom Burgis against a lawsuit brought by an arm of the Kazakh mining company ENRC.

Both libel actions have been criticised by free speech campaigners and were highlighted in a recent debate in the House of Commons about abusive legal actions known as strategic lawsuits against public participation, or “Slapps”.

Kean said the interest in Slapps was welcome but must be backed by legislation to prevent public interest journalism from being shut down.

“You can look at the balance of power and the type of person that’s bringing it [the lawsuit],” said Kean. “If it is somebody who is in a controversial area and they have quite often had a lot of material written about them in the past and they are very wealthy, you should expect them to tolerate a degree of criticism – I mean that in the proper sense of the word, not necessarily negative criticism – and exploration of what they’re doing, how it impacts on society, what their motives might be, what their working practices should be.

“I think it is healthy for democracy and in the public interest to have that debate, without being afraid that one aspect of that criticism will meet the displeasure of somebody who has the wealth to squash it.”

Kean said publishers often settled cases because of the costs of proceeding to trial and fears they would be deterred from investigations into important issues such as the origin and purpose of foreign investment in the UK, big pharma and cladding companies.

“It’s really important for everybody who cares about this to put their shoulders to the wheel and make sure that something does happen,” she said. “It is interesting to know whether the MPs will have the guts to pass something.”

Her suggestion to “level the playing field” is for judges to decide at the outset of a case whether it relates to public interest journalism – in other words, is the subject matter and company or individual worthy of scrutiny – and if so, it should be halted and resolved by granting a prominent right to reply.

“I think Catherine’s case is a really good case in point,’” said Kean. “That [Putin’s People] is a really serious book on a really serious subject. I think that would be a perfect book for a judge to read and say: ‘OK, if you’ve made any mistakes or not given as much balance to something as somebody wants then they’ve got to have the right to reply – but, no, they can’t sue you.’”

Belton and her publisher, HarperCollins, were sued over a number of matters in the book. All of the claims were subsequently settled or withdrawn. Abramovich, the owner of Chelsea Football Club, ended his case after HarperCollins accepted some information concerning him was inaccurate and agreed to make revisions to the book. HarperCollins apologised and agreed to make a payment to charity in recognition of a particular error, but otherwise no damages were paid and both sides agreed to pay their own costs.

Kean acknowledged that it was difficult for the public to understand why there should be any inaccuracies in journalism but said: “The real public interest is in having debate. When you take a sentence or two out of a book of five or 600 pages, and you say: ‘Oh, those two might not be quite completely right, and therefore you shouldn’t have an interest in publishing it,’ what happens then is the journalist goes on trial and … everything is put under the most minute scrutiny, which is holding people up to an impossible standard.”

In the Commons debate, the justice minister, James Cartlidge, agreed that Slapps represented “an abuse of the legal system”, but said the government response must be “proportionate … balancing individual rights with the public good”.
Add Comment