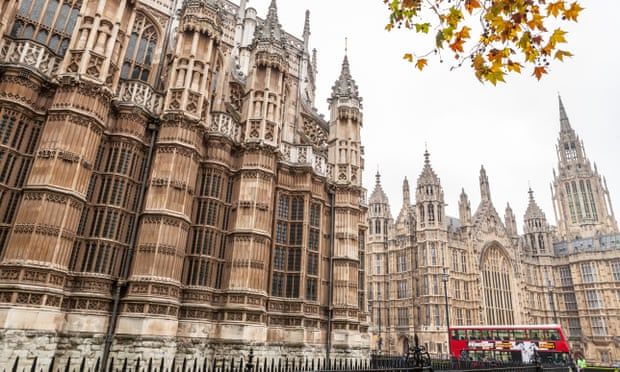 MPs are keeping secret their employment agreements for second jobs worth up to £100,000 annually after quietly changing the rules on disclosure.

The public had been entitled to inspect MPs’ contractual arrangements linked to their work in parliament. But the rules requiring MPs to deposit the agreements with the office of the parliamentary commissioner for standards were scrapped by parliament in 2015.

Campaigners are now calling for an urgent change in parliament’s code of conduct to force disclosure of the work involved in MPs’ advisory roles.

Boris Johnson also faces calls for a review of MPs’ outside interests and a ban on consultancies linked to politics after a public backlash over the extra earnings of many politicians.

An analysis of the MPs’ register has revealed more than a quarter of Tory MPs have second jobs, worth more than £4m a year. The interests they represent include the gambling industry, global investments firms and the energy sector.

Tom Brake, director of Unlock Democracy, a not-for-profit group which campaigns for democratic reforms, said new rules should be introduced urgently to require the publication of MPs’ employment agreements linked to their political activity. He said: “MPs should make this information available on a voluntary basis with immediate effect. It would help clear the air.”

Under a previous guide to the code of conduct, published in 2012, MPs were required to deposit any employment agreement connected to their work as an MP for public inspection. A new code, approved by the House of Commons, in March 2015 removed the obligation.

The office of the parliamentary commissioner for standards said last week that no MPs had deposited contractual agreements in the last six years. One official said: “The only such agreements we still hold are historical ones dating from the period before the 2015 election, and none of them are live contracts as the employment has ended.”

The row over the government U-turn on proposals to overhaul the House of Commons’ disciplinary system has focused public attention on MPs’ second jobs.

Former Conservative transport secretary Chris Grayling is one of the best-paid MPs, with a £100,000-a-year advisory role with Hutchison Ports Europe, which operates the ports of Felixstowe and Harwich and has its parent company in the Cayman Islands. He is paid about £270 an hour. Grayling was given the go-ahead for the role by the Advisory Committee on Business Appointments, but said he would not do work in areas where he may have “gleaned specific information” in his ministerial job.

Rishi Sunak, the chancellor, announced in March that Felixstowe and Harwich would be given freeport status, where normal tax and customs rules do not apply.

Former minister Andrew Percy, the Tory MP for Brigg and Goole, has disclosed in the MPs’ register of interest a signing-on bonus of £7,000 for the Canadian-based government relations firm Maple Leaf Strategies, which he worked for until last April. Percy also said he would receive commissions on any business referrals.

Percy also discloses in the latest MPs’ register that he has been paid £500 an hour for six hours’ work a month for Iogen Corporation (Canada), a world leader in the development of cellulosic ethanol, a renewable transport fuel. Percy has previously campaigned in parliament for the national rollout of E10 fuel, which contains 10% ethanol. He has also been a member of the all-party parliamentary group for British Bioethanol. He did not respond to a request for comment on his outside interests last week.

A report by the committee on standards in public life in July 2018 said the MPs’ code of conduct and guide to the rules should be changed to read: “MPs should not accept any paid work to provide services as a parliamentary strategist, adviser or consultant.” The recommendation was not adopted by the Commons.

Speaking at an event at University College London last week, Lord Evans, chair of the committee on standards in public life, said the controversy over MPs’ second jobs showed the public’s concern on conduct in public office. He said: “Ethical standards are important for making democracy work. The public does care about this.”