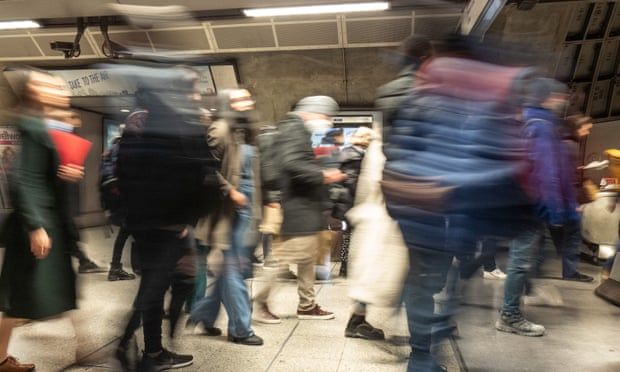 Tory chair of Commons committee says government lacks will to foster fairer society
A group of MPs has accused the government of lacking the “will or care” to create a fairer and more equal society, after it rejected calls to force companies to reveal the pay gap between white employees and others.

On Friday the government stated its intention to instead accept the recommendation of its controversial report on racial disparity, which was widely condemned by MPs, unions and equality campaigners as “divisive” and a missed opportunity for systematic change when it was published in March 2021.

In February, the cross-party women and equalities committee called for legislation to introduce mandatory reporting for companies with more than 250 employees, a requirement that has existed for the gender pay gap since 2017. It argued that mandatory reporting would help address pay disparities between employees from different ethnic backgrounds.

The guidance includes advice on reporting the distinction between different ethnic groups and advice for employers in regions with statistically low numbers of people from ethnic minorities. Caroline Nokes, the Conservative chair of the women and equalities committee, said systems and structures were already in place for mandatory reporting, and added that the government had already stated it would address the stated difficulties around reporting in its guidance.

“The government’s nonsensical response – which claims that gathering the necessary data would be too difficult, and then promptly outlines how this could easily be addressed – is disappointing. It makes clear that what is lacking in this administration is not resource or knowhow, but the will or care to foster a fairer and more equal society.”

In its response to the MPs, the government said it was accepting the recommendation made by the Commission on Race and Ethnic Disparities that ethnicity pay gaps should continue to be reported on a voluntary basis.

Its response stated that the government did not want to “impose new reporting burdens on businesses”, adding: “Ethnicity pay gap reporting is just one type of tool to assist employers in creating a fairer workplace. It may not be the most appropriate tool for every type of employer seeking to ensure fairness in the workplace.”
Add Comment