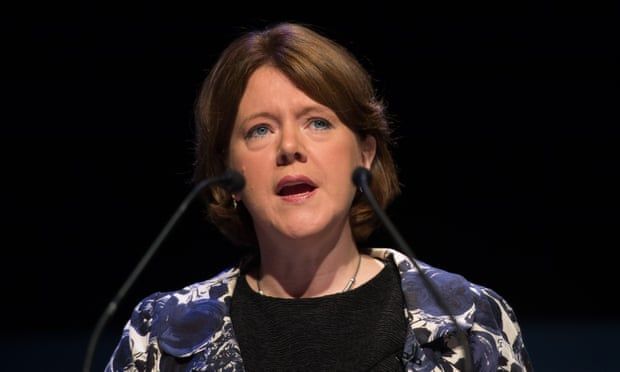 NDAs are being used to silence wrongdoing at work, says chair of women and equalities committee
A senior Conservative MP has proposed a law that would stop “scurrilous” employers using gagging orders to silence victims of sexual harassment.

Maria Miller, who chairs the select committee on women and equalities, said employers were being allowed to “conceal unlawful wrongdoing” through the use of non-disclosure agreements (NDAs).

Such contracts are intended to prevent former employees leaking confidential or sensitive information but Miller warned they were also being used to “silence the disclosure of wrongdoing experienced at work”.

NDAs were “driving the wrong culture in the British workplace – a culture where poor management can be covered up and where the silence of employees who have experienced significant wrongdoing can effectively be purchased, even motivating a small number of employees to vexatiously seek payouts from employers by making spurious allegations”, she said.

“We simply have to break this damaging cycle.”

The pressure to crack down on the use of NDAs has been building since 2018, when retail billionaire Sir Philip Green was named in parliament as the subject of multiple sexual harassment and bullying allegations.

Court of appeal judges had granted a temporary injunction blocking the Daily Telegraph from publishing allegations of misconduct made by five employees about a figure the newspaper described as a “leading businessman”. The staff had signed non-disclosure agreements.

The gagging orders were also at the heart of serious allegations of sexual abuse in 2017 against the former film producer Harvey Weinstein, which sparked the #MeToo movement.

Zelda Perkins, a former aide of the producer, broke an NDA to expose how he had used the gagging contracts to silence harassment victims.

Miller, who was women and equalities minister under the former prime minister David Cameron, said the global #MeToo movement had helped highlight the use of NDAs to silence victims.

But she warned that while the government was aware of the problem, it had not done enough to tackle it. She pointed to efforts to legislate against NDAs in Ireland, Canada and California.

“We cannot be left behind,” she said. “We need to legislate for change. We can no longer pretend that abuse of the law is not happening. It is happening, and the government have evidence of that.

“Parliament must legislate now if we are to ensure that everybody is protected equally at work under the law.”
Add Comment