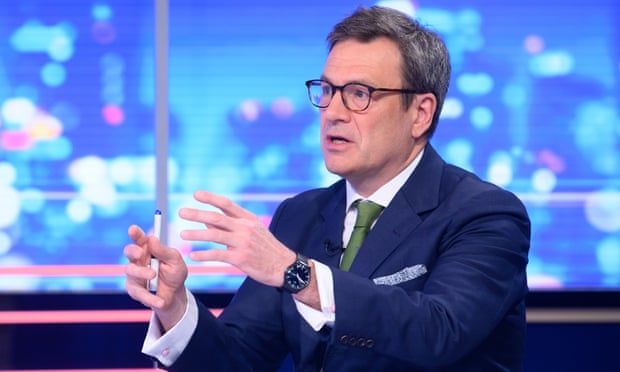 Bob Seely says Lisa Nandy’s corruption allegation misinterprets his statement to constituents
A Conservative MP has angrily denied that he voted to keep Boris Johnson as leader of his party in return for “a bag of cash” for his constituency after being accused of “corruption” in the Commons.

Bob Seely, MP for the Isle of Wight, wrote on his website that he had backed the prime minister in his confidence vote “only after discussion with senior ministers”.

Seely told constituents that ministers had assured him they would “look again” at funding for the island hours before Monday’s vote.

In furious exchanges in the Commons on Wednesday, the shadow levelling up secretary, Lisa Nandy, said the backroom conversation “sounds awfully like corruption to me”.

Nandy was asked to withdraw the allegation by the Commons deputy speaker, Eleanor Laing, after Seely said it was “completely untrue”.

The row follows reports that some Tory MPs were offered government jobs in return for supporting Johnson in the confidence vote.

Nandy had been addressing a second reading of the government’s levelling up and regeneration bill when she asked Michael Gove, the secretary of state, whether he was aware of Seely’s statement.

She said: “Can I ask the secretary of state: did he have knowledge of this? Did he sign it off? Because that sounds awfully like corruption to me.”

Seely immediately demanded that Nandy withdraw the “completely untrue” allegation and said: “She completely misunderstands and she gets it completely wrong.”

The Isle of Wight MP said Johnson had promised several years ago to correct a “policy flaw” and give his constituency more funding. Seely said he reminded Johnson of this promise before Monday’s vote.

He told MPs: “I said to the prime minister: will you commit to rectifying this wrong, which is a policy flaw, and he said yes – and I reminded him of that promise beforehand.

“So did I ask for a bag of cash? No, and it is completely untrue for her to say that, so she can get up now and apologise.”

Seely then shouted “withdraw” across the Commons chamber as Nandy rose to her feet.

Nandy said she was quoting from Seely’s statement on his own website – as Seely said “untrue” in the background.

Raising a point of order, in which MPs draw attention to a rule violation by another member, he added: “This is a very serious allegation. Corruption has been alleged and there is no basis for it and it should be withdrawn.”

Laing said she was not in a position to judge whether Nandy was misrepresenting Seely’s statement so asked the Labour MP to withdraw the “very serious” allegation.

Nandy agreed to withdraw the “corruption” remark but said it “looks awfully dodgy”.

Seely later called the allegation “silly” and said: “For the record, I make no apology for persuading the government to treat to the Isle of Wight like every other island in the UK.

“The island is the most under-represented place in this country – I have twice as many constituents. We are separated by sea from the mainland and I have to fight three times as hard to get any government to listen to me.”