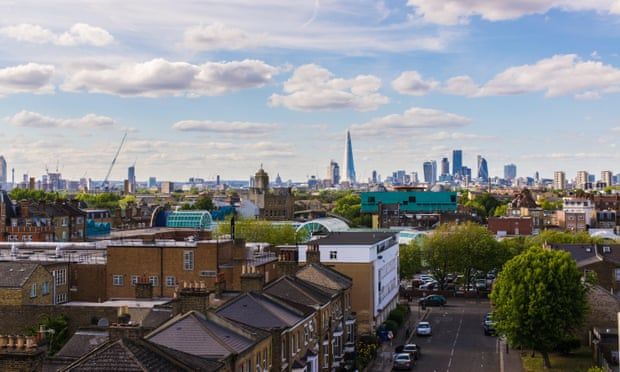 Woman whose body was apparently left for two years in Peckham flat is named locally as Sheila Seleoane
Harriet Harman has called for a full investigation into how a housing association failed to realise that a tenant had apparently been left dead in her south London flat for more than two years despite repeated calls from neighbours.

The body of a woman, named locally as Sheila Seleoane, 61, was found in the Peabody housing association flat in Peckham on Friday after neighbours complained about the noise of a balcony door banging during Storm Eunice.

The same neighbours said they had told staff at the housing association in the late summer or early autumn of 2019 that they were worried by the appearance of flies, maggots and a disturbing smell.

Other neighbours said they tried to stop the smell coming into their flats by putting old clothes on the floor by the front door to seal the gap. “We called them many times. It’s shocking that our complaints were handled so badly,” said a neighbour whose flat stands opposite that of the dead woman. “No one listened to us.” Both residents asked not to be named.

The victim has not been named formally but local media reported that she was Sheila Seleoane. Police said her death was being treated as unexplained but not suspicious.

Harman, the Labour MP for Camberwell and Peckham in south London, said: “You would like to think that this kind of thing wouldn’t happen in a block of flats in a busy part of London. It is shocking – awful for the neighbours and for the woman’s relatives. It raises a lot of questions for Peabody and for the police and for the council.

“Peabody say they were contacted in 2020, but the neighbours say they contacted them much earlier. There is a clear discrepancy between what the housing association are saying and what the neighbours have said. We need a prompt report from Peabody and the police. What is already clear is that tenants weren’t listened to. We will establish what needs to be done to prevent this from happening again.”

In a letter to local councillors, Wells Chomutare, Peabody’s assistant director of resident services for the south region, wrote: “We are fully investigating what happened. From our initial search our neighbourhood manager visited when concerns were first raised by neighbours. This was in October 2020.

A Peabody spokesperson said: “This is a desperately sad situation and we understand that people want answers. Our early inquiries show that we treated residents’ concerns extremely seriously when they were reported to us. We made repeated attempts to contact Ms Seleoane and called the police to raise concerns for her welfare in 2020.

“Our records indicate that the police then visited the property and reported to us that our resident was safe and well. We are now working with the police and other partners to establish how this happened as part of a full investigation into all of the circumstances. We need to understand what went wrong so this can never happen again.”
Add Comment