Demonstrations took place on the M4 at the border between England and Wales and on the M5. Groups of motorists took part in "slow-downs" where they occupied all three lanes and dropped their speed to back up traffic behind them.

Twelve people have been arrested after protesters used "rolling roadblocks" to bring parts of the M4 to a standstill during demonstrations over high fuel prices.

Demonstrations took place on the motorway at the border between England and Wales and on the M5.

Groups of motorists took part in "slow-downs", occupying all three lanes and dropping their speed to back up traffic behind them.

At least 12 have been arrested on the M4 for breaching a legal notice issued by police before the protest.

Demonstrators were told by officers that they needed to travel at 30mph or higher to carry out the action legally.

Dozens of police vans and police officers blocked the eastbound and westbound carriageway, just past the Prince of Wales Bridge into Wales, to make the arrests.

Some drivers had their vehicles seized and those considered passengers were driven back to Magor service station, where their convoy had started.

Video footage showed one driver holding his phone as he drove along the motorway. Using a phone for any reason while behind the wheel is a criminal offence. 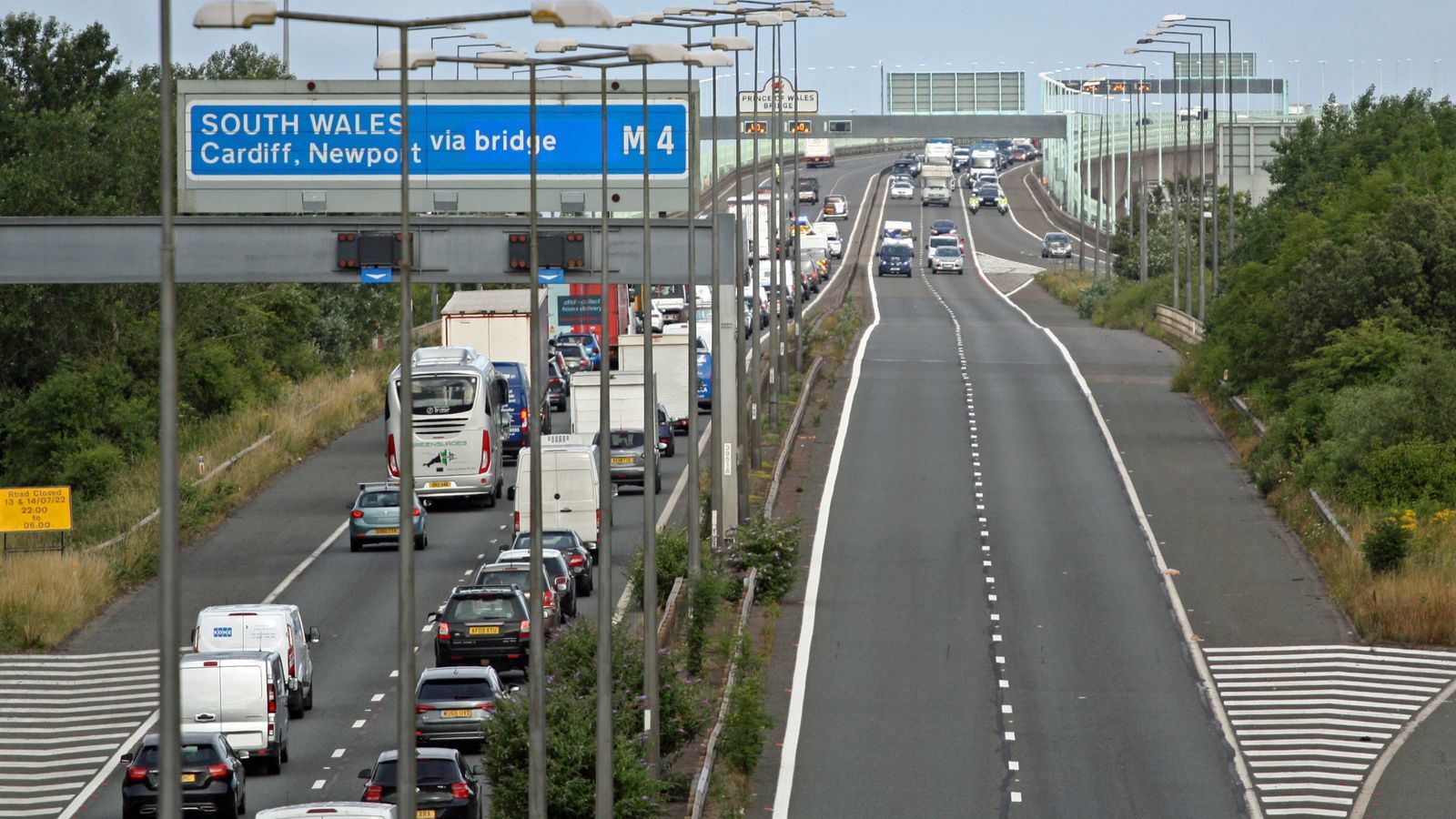 Gwent Police said: "We are aware of driving offences being committed during the planned protest on the M4.

"We are committed to increasing the safety of all road users in Gwent and beyond.

"We urge all motorists to drive carefully, responsibly and within the limits of the law."

Drivers also came to a stop during the protests, despite warnings from police.

The RAC says on its website: "Although there isn't an official minimum speed limit on most motorways, travelling too slowly can be considered dangerous and you might attract the attention of the police."

The protesters are understood to have been organised via social media under the banner Fuel Price Stand Against Tax. 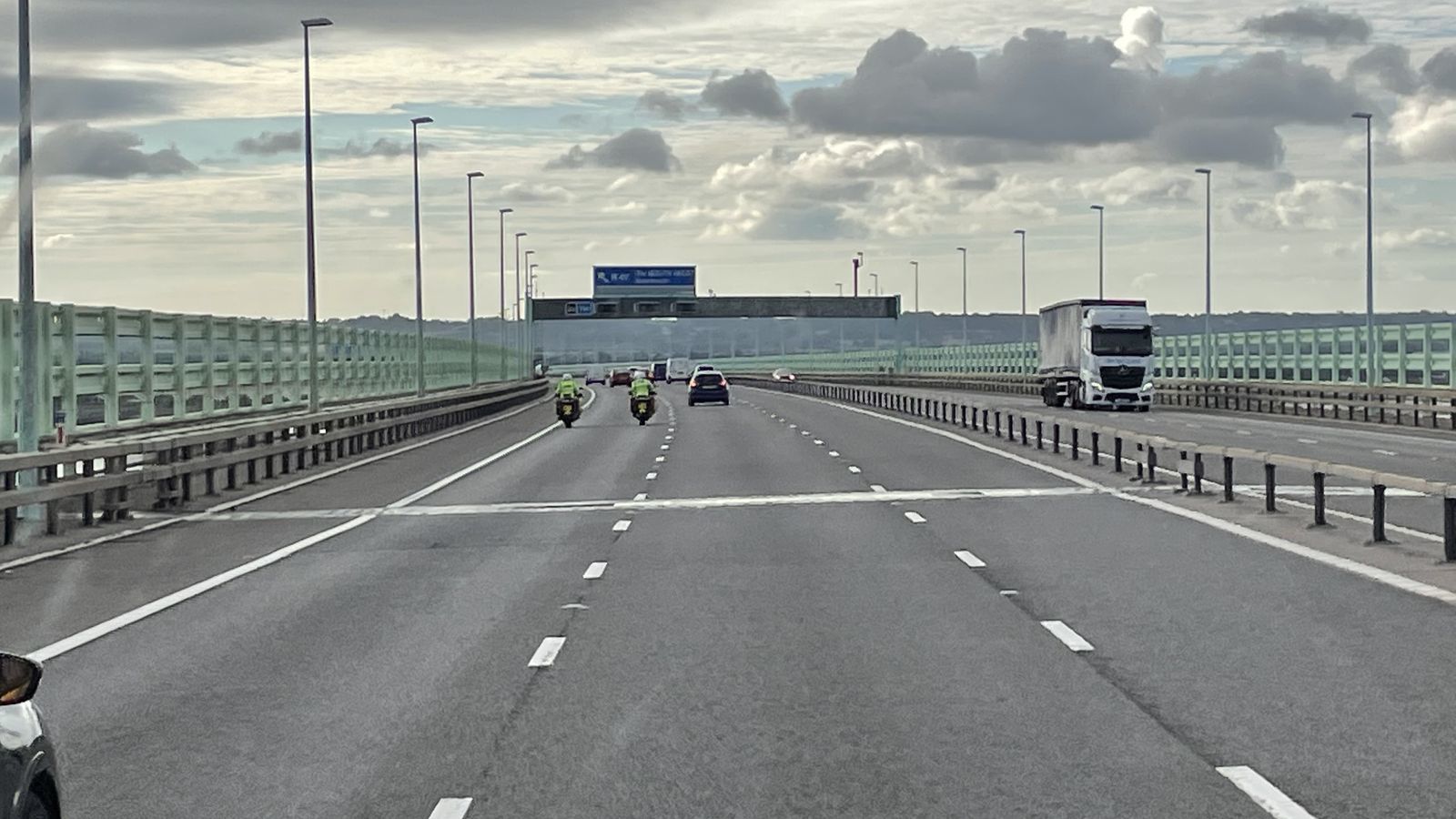 A near-empty Prince of Wales Bridge

Where else has been affected?

The M4 has been one of the worst affected roads, but drivers have also demonstrated elsewhere.

Earlier on Monday, there was disruption along the northbound carriageway of the M5 as motorists slowed down, but it came to an end by the afternoon.

On the A38, Devon and Cornwall Police said a driver was arrested after ignoring a warning about travelling dangerously slowly.

In West Yorkshire, police said a "small group" of drivers had gathered near Ferrybridge services, but had not caused any disruption as yet.

The force warned that "deliberate disruption" of the network will "inconvenience huge numbers of people, draw police resources away from other important work and potentially delay the response times of emergency services".

In Shropshire, fuel price campaigners held a protest on the M54 by travelling in a slow convoy between J1 and J4.

There was also a protest at a Tesco petrol station in Shepton Mallet, Avon and Somerset Police said, but no other forecourts have been affected.

In Bristol, drivers seemed agitated by the protests, with one man telling Sky News: "They're just wasting time. It's a pain in the backside."

Another motorist said he was going into "anaphylactic shock" and had spoken to police about what to do.

"I need to get to a doctor and their answer was 'phone an ambulance', that was their answer," he said while sitting in queues of traffic.

"Well, how's an ambulance going to get here?" he said.

Both her and her partner, from Cwmbran in South Wales, used to work in Bristol.

"We had to leave those jobs because it was costing us £380 a week just to get to and from work," she said.

"I then lost a job two weeks ago because the company couldn't afford to put fuel in that many lorries so, last in first out."

She also called for Boris Johnson to resign.

Richard Dite, 44, from Maesteg, South Wales, said it cost him more than £300 in fuel to work every week.

"My only option soon will be to put the welding gear in the shed and call it a day, maybe go on the doll," he said. 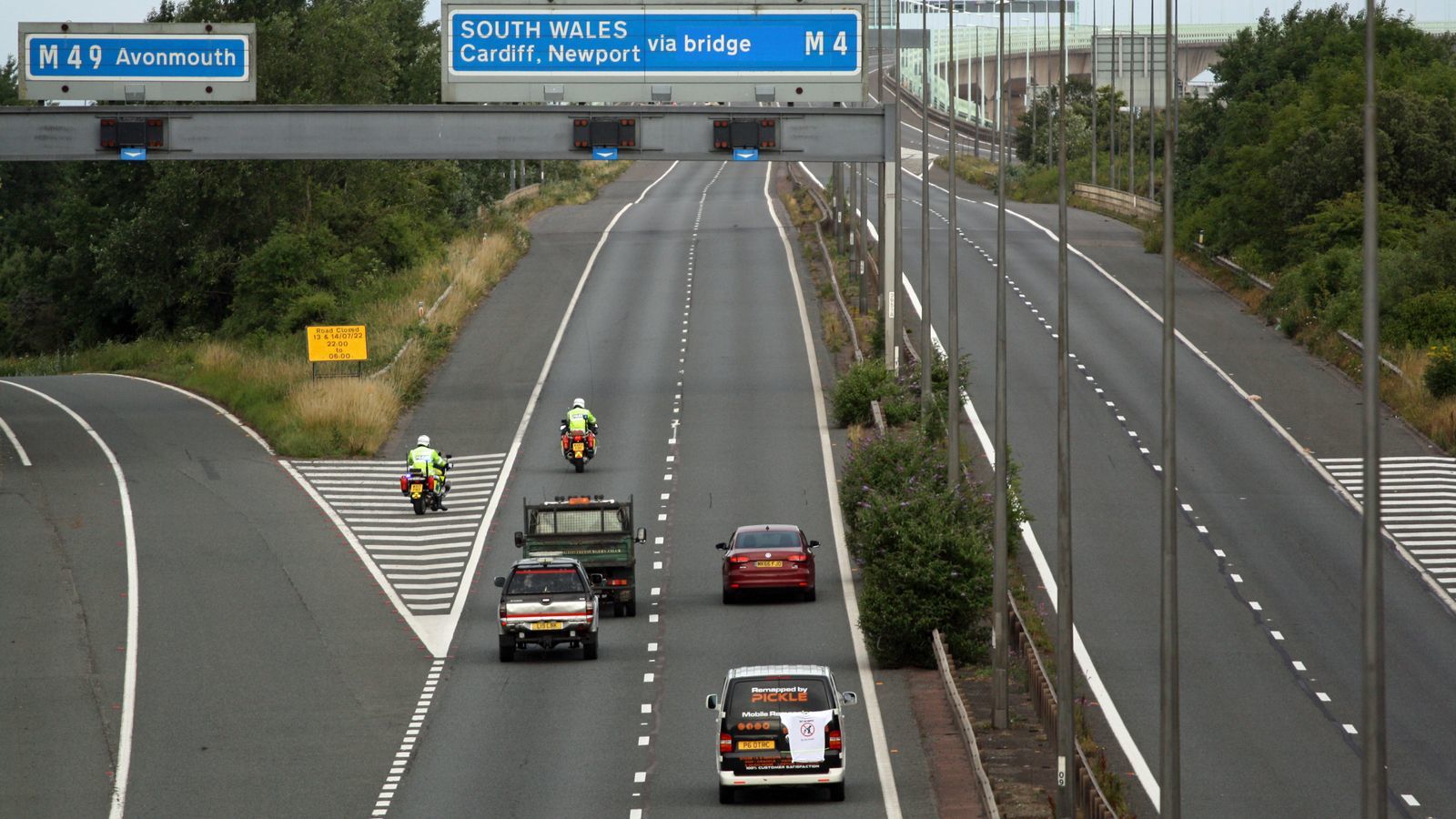 Police escort vehicles along the M4 during the morning rush hour 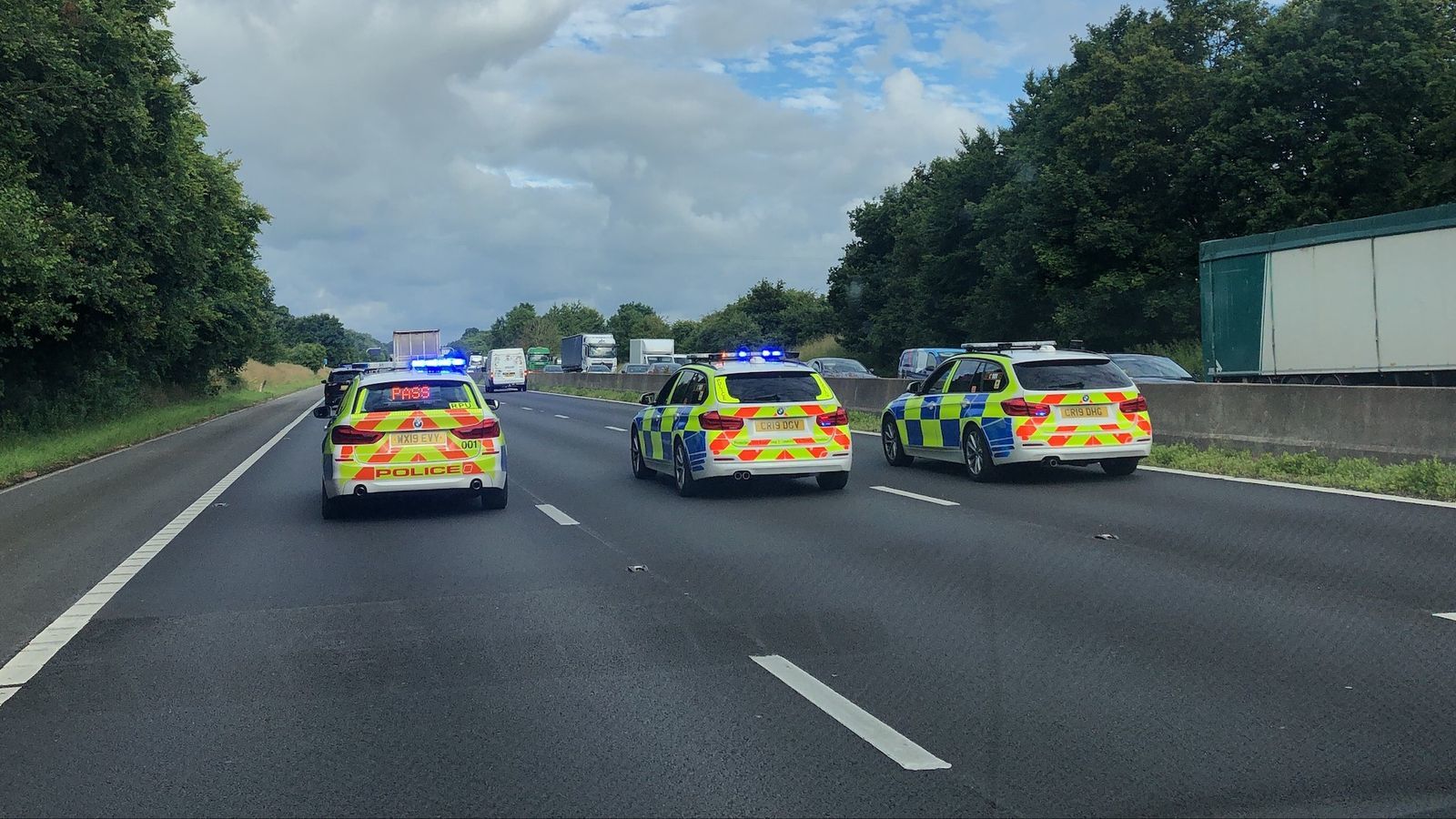 The average price of a litre of petrol at UK forecourts reached a new high of 191.5p on Sunday, figures from the data firm Experian show. Diesel hit 199.1p on Thursday before dropping to 199.0p on Sunday.

The AA criticised retailers for failing to pass on nearly a month of falling wholesale costs.

Petrol wholesale costs have been down at least 5p a litre for more than a fortnight, having ended last week 10p down on the record highs of early June, the motoring association said.

"It is an outrage, plain and simple, that the fuel trade could be slashing petrol prices as the nation heads towards the holiday season, but isn't," Luke Bosdet, its fuel price spokesman, said.

Chancellor Rishi Sunak has said he will carefully consider calls for a "more substantial" fuel duty cut after the 5p per litre reduction implemented in March failed to halt price rises.