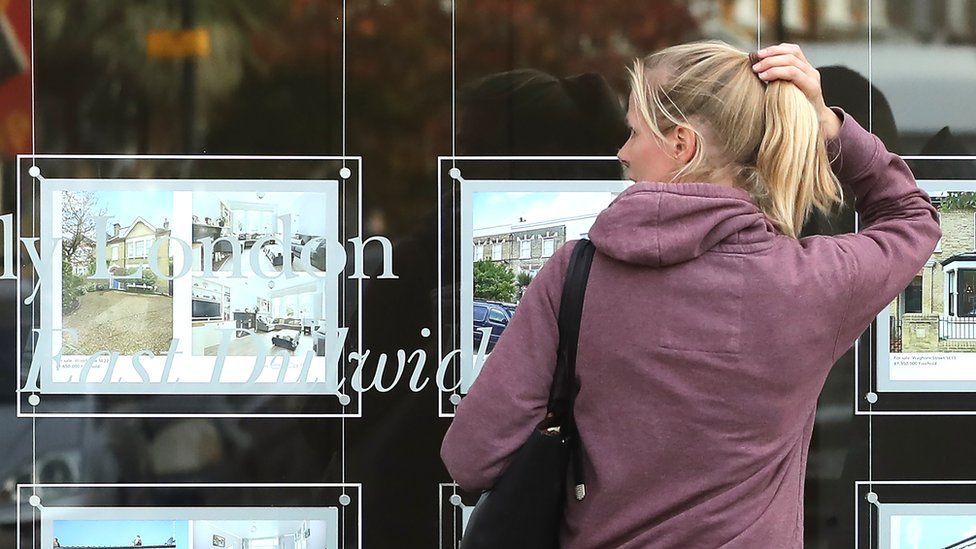 Halifax said it would stop mortgages with product fees, which can result in better repayment rates.

It comes as the Bank of England said it was monitoring the markets "closely".

The bank said it would "not hesitate" to hike interest rates to curb inflation, after the pound fell to a record low against the US dollar.

It came following Chancellor Kwasi Kwarteng's pledge to cut taxes further at the weekend, on top of Friday's mini-budget, where he announced the biggest tax cuts in 50 years.

Some investors believe the government's tax cuts will lead to people spending more, which will push up prices. So in an effort to limit price rises, the Bank could raise interest rates sooner and faster.

The Bank of England said it would make a full assessment as to whether it should change interest rates at its next meeting on 3 November, following speculation it might have intervened earlier.

The statement has prompted predictions that interest rates could more than double by next spring to 5.8% from their current 2.25%, to curb inflation - the rate at which prices for consumers rise.

Samuel Tombs, chief UK economist at Pantheon Macroeconomics, said if interest rates rise as predicted, the average household refinancing a two-year fixed rate mortgage in the first half of next year would see monthly payments jump to £1,490 from £863.

"Many simply won't be able to afford this," he said.

Inflation is currently running at a 40-year high in the UK at 9.9%.

Experts said a rise in the cost of long-term borrowing meant the current cost to mortgage lenders of offering new deals was expensive.

A spokesman for Virgin Money confirmed its decision to halt deals for new customers was due to the market conditions.

Both it and Skipton Building Society said they would issue a new range mortgage of deals in the coming weeks.

Halifax said from Wednesday it would remove mortgage products that come with a fee "as a result of significant changes in mortgage market pricing we've seen over recent weeks".

Mortgage deals which have product fees can result in lower monthly repayments for homeowners, with the fee being added to the total mortgage debt.

But although mortgage rates may be lower per month, the overall cost of the loan will be higher due to more interest accruing over time.

Halifax said it hadn't changed its mortgage rates and it continued to offer product fee-free options for borrowers.

HSBC said it had no plans to change mortgage offers, while Natwest said its rates were under "continual review in line with market conditions".