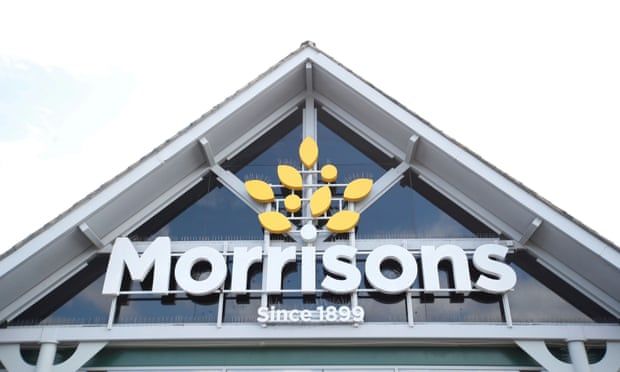 Bid for UK’s fourth largest supermarket would be biggest private equity deal since £11bn takeover of Boots in 2007
Morrisons has given the green light to a £6.3bn takeover deal led by the American investment firm which controls Majestic Wine.

If it succeeds, the bid for the UK’s fourth largest supermarket would be the biggest private equity deal since the £11bn takeover of Boots in 2007.

MPs called for any deal to be “closely scrutinised” to protect jobs and pensions, and said the company’s ability to ensure food supply during disruptions such as those caused by the pandemic must not compromised.

Fortress, which is owned by the Japanese investment giant SoftBank, has teamed up with the Canada Pension Plan Investment Board and the Koch family, billionaire US industrialists who are known for their libertarian and conservative activism.

The agreed deal, which values the equity of Morrisons at £6.3bn, plus £3.2bn of net debt, leapfrogs a £5.52bn proposal from US private equity firm Clayton, Dubilier & Rice (CD&R), which Morrisons directors rejected on 19 June, saying it was far too low. It is not clear if CD&R will return with a higher bid.

Under the terms of the Fortress-led deal, Morrisons shareholders will receive 254p a share, comprising 252p in cash and a 2p cash dividend. That is a 4% premium to the 243p Morrisons share price closed at on Friday but a premium of 42% to its closing share price of 178p on 18 June – the last business day before CD&R’s proposal.

Andrew Higginson, the chair of Morrisons, said: “The Morrisons directors believe that the offer represents a fair and recommendable price for shareholders which recognises Morrisons’ future prospects.

“Morrisons is an outstanding business and our performance through the pandemic has further improved our standing and enabled us to enter the discussions with Fortress from a hard-won position of strength.

“We have looked very carefully at Fortress’s approach, their plans for the business and their overall suitability as an owner of a unique British food-maker and shopkeeper with over 110,000 colleagues and an important role in British food production and farming.”

Fortress said it would keep Morrison’s head office in Bradford and its existing management team and was “fully supportive” of the company’s recent increase in pay to £10 an hour for shop floor staff.

Morrisons owns most of the buildings which house its stores, making it a valuable target for private equity buyers who might want to turn a quick profit by selling buildings which the supermarket would then have to lease back. Fortress attempted to allay concerns, saying it did not anticipate engaging in any material sale and leaseback transactions of Morrisons stores.

Joshua Pack, managing partner of Fortress, said: “We believe in making long-term investments focused on providing strong management teams with the necessary flexibility and support to execute their strategy in a sustainable and value-enhancing manner.

The deal comes hot on the heels of a takeover of Asda, the UK’s third largest supermarket, which was backed by private equity group TDR Capital and led by the Issa brothers, the Bury-based entrepreneurs behind petrol station operator EG Group.

Private equity firms have snapped up more UK companies in the last 18 months than at any time since the financial crisis in a £52bn deal frenzy, according to data from Dealogic, raising fears of “asset stripping” and job losses.

Supermarkets’ assets look particularly attractive to private bidders as share prices have taken a hit after profits fell in the past year, owing to higher costs of handling the Covid crisis cancelling out the benefits from booming sales.

Seema Malhotra, shadow minister for business and consumers, said: “The government’s indifferent approach to takeovers means British businesses are far too often bought by companies with short-term aims and without the interests of the British economy, businesses, workers and customers in mind.

“Britain’s supermarkets provide an essential national service and the Covid crisis has highlighted their importance to customers, communities and our retail and farming industries.

“Any takeover bid must therefore be closely scrutinised by the government. Ministers must urgently work with Morrisons and the consortium to ensure that crucial commitments to protect the workforce and the pension scheme are legally binding, and met.”

Richard Lim, the chief executive of industry analysts Retail Economics, said of the Morrisons deal: “This signals the biggest shakeup in the UK grocery sector for over a decade. The grocery sector is transitioning through a period of enormous change as the impact of the pandemic has shifted buying behaviour. Navigating the fast-paced change in market dynamics, customer behaviour and the pressures on the food supply chain in a post-Brexit environment will be no easy feat.“

Fortress is a global investment manager with about $53bn (£38bn) in assets under management as of March. The company is best known for investing in distressed companies but has previously put money into US supermarket Albertsons, and bought out Tesco’s failed venture into the US, Fresh & Easy.

Morrisons said an initial unsolicited proposal was received from Fortress on 4 May at 220p a share. Fortress then made four subsequent proposals before its offer reached a total value of 254p a share on 5 June.
#Covid
Add Comment