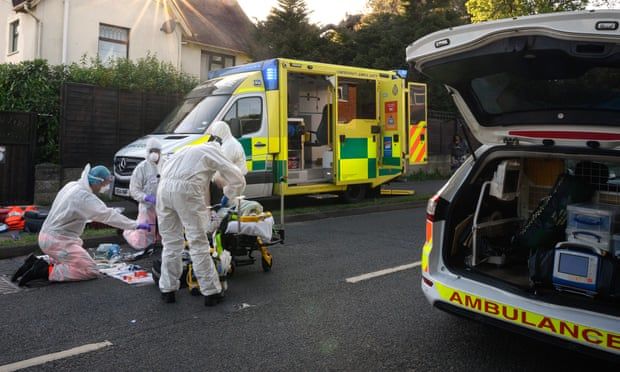 More than half of NHS paramedics suffering from burnout, study finds

Heavy workload, record 999 calls and inadequate breaks are storing up mental health problems for ambulance crews
Over half of paramedics are suffering from burnout caused by “overwhelming” workloads, record numbers of 999 calls and the public misusing the ambulance service, a study has found.

Frontline crew members also blame lack of meal breaks, delays in reaching seriously ill patients and their shift often not ending when it should for their high levels of stress and anxiety.

The working lives of ambulance staff are so difficult that nine out of 10 display symptoms of “depersonalisation”, characterised by “cynicism, detachment and reduced levels of empathy” when dealing with patients who need urgent medical treatment.

The widespread poor mental welfare of paramedics is a problem for the NHS because it is leading to some quitting, thus exacerbating its shortage of ambulance personnel, the authors said.

The findings, published in the Journal of Paramedic Practice, have prompted concern that the demands on crews, alongside the injury, violence and death they encounter, are storing up serious mental health problems for them, including post-traumatic stress disorder.

The research is based on responses from 382 crew members who work for an unnamed NHS regional ambulance service in the north of England.

“Ambulance staff are passionate about their role. However, burnout is a significant and very real issue that decreases staff efficacy and reduces quality of patient care,” the study said. It was undertaken by Rachel Beldon, who works for the Yorkshire ambulance service, and Joanne Garside, a professor and school strategic director of Huddersfield university’s health and wellbeing academy.

“Participants wanted better resources and staffing levels. The current workload appeared to be overwhelming and negatively affected their mental health and work-life balance.”

Many ambulance crew also have negative feelings about their bosses, do not feel valued, and “some felt they were thought of as ‘dots on a screen’ rather than people”, the paper said.

The findings come as 999 calls hit record levels and concern is rising about unprecedented numbers of patients being kept waiting in ambulances outside hospitals because A&E staff are too busy to admit them. Two major reports last year said delayed handovers were a factor in thousands of patient deaths a year.

One paramedic, who recently described ambulance crews’ working lives in an article in the Guardian, said the findings captured the realities of responding to 999 calls. “Workload is massive. You could have just dealt with a very complicated job and need a few minutes to gather your thoughts, but that time is never allowed as the control centre is constantly harassing you.

“Burnout affects the quality of care patients receive because staff are exhausted generally and only get a 30-minute break during an eight-hour shift, so become grumpy and make poor decisions, and that is reflected in poor patient care.”

Sara Gorton, head of health at the union Unison, said: “Excessive hours without proper breaks, shifts overrunning, and queueing for hours outside hospitals has become commonplace for many ambulance staff. Some are regularly reduced to tears by the overwhelming pressures.

“The government’s failure to fund services properly has left them with too few staff and emergency vehicles.

“Demand is so extreme that paramedics have no time to offload about their many challenging experiences. Long-term exposure to this level of stress could lead to serious mental illness. Staff shouldn’t be left to suffer emotional damage just for doing their jobs.”

A spokesperson for the Department of Health and Social Care said: “We recognise the pressure this pandemic has put on all NHS staff.

“To help relieve these pressures, NHS England and Improvement has given ambulance trusts an extra £55m to boost staff numbers for winter, providing over 700 additional staff in control rooms and on the frontline, alongside £1.75m to support the wellbeing of frontline ambulance staff.”
Add Comment