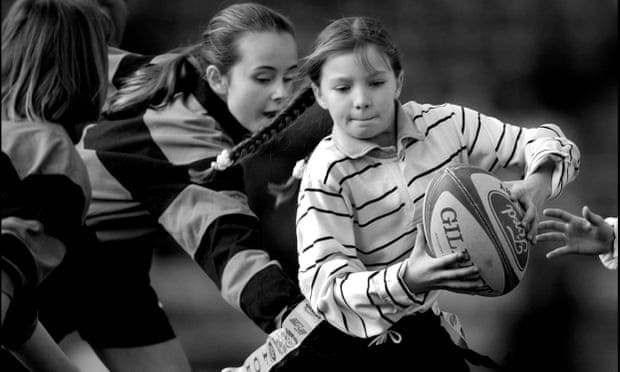 Survey by Women in Sport finds fear of being judged and lack of confidence are main reasons for drop in physical activity
More than 1 million girls who thought of themselves as sporty at primary school lose interest in physical activity as teenagers, according to estimates based on a new survey.

The study, by Women in Sport, found that a fear of being judged and a lack of confidence were the main reasons cited for a waning interest in sport among teenage girls. Its poll of more than 4,000 teenagers found that 43% of girls felt they were sporty at primary pupils but no longer saw themselves this way. This would equate to 1.3 million girls across the UK, the survey pointed out.

Out of these girls, 68% said that a fear of feeling judged prevented them from taking part, while 61% said they lacked confidence. Just under half (47%) said they were too busy with school work to carry on with sport.

And teenage girls were much more likely to say they used to be sporty but were no longer keen on exercise than boys (24%). A report on the findings concluded that girls may need more support to engage with sport as they go through puberty.

Nearly eight in 10 (78%) of girls who said they used to be sporty admitted they avoided taking part in sport when on their period – higher than those who had never been sporty (69%) and those who were still passionately involved in sport (64%).

The poll also found that the pandemic had affected teenage girls’ worries about their appearance, as well as mental health issues, more than boys. It found they are less physically active than boys in general and are far less likely to take part in team sports.

“Worryingly, girls lose their love of sport and exercise during teenage years, and this presents a significant psychological barrier throughout life,” the report says.

According to the survey, among respondents aged between 11 and 16, just 37% of girls enjoyed physical activity compared with 54% of boys. By age 17 to 18, just three in 10 girls would describe themselves as sporty, compared with six in 10 boys.

Self-belief and body image concerns were found to be issues that all girls struggled with, but this was especially true for girls who had stopped taking part in sport and physical activity as they grew older.

Of previously “sporty” girls, 73% said their dislike of others watching them was an obstacle to their taking part in exercise.

Women in Sport said it was “deeply concerned by the number of girls who disengage from sport and exercise post primary school”. It added that a further dip in engagement was found at age 17 to 18, once school sport was no longer compulsory.

The report showed most girls understood the benefits of being active, and that they wanted to increase their levels of physical activity, but only 47% said they found it easy to motivate themselves.

Stephanie Hilborne, the chief executive of Women in Sport, said: “It’s an absolute travesty that teenage girls are being pushed out of sport at such a scale.” She added that losing sport at this formative stage of their lives equated to a “loss of joy as well as good lifelong health”.

“It is well documented that taking part in physical activity can have a profound and positive effect on mental wellbeing as well as providing many pivotal life skills such as resilience, teamwork and communication,” she added.

“We must bust the myth that teenage girls drop out of sport simply because their priorities change. Our research has found that 59% of teenage girls who used to be sporty like competitive sport, but they’re being failed due to early-years stereotyping, inadequate opportunities and a complete dearth of knowledge about managing female puberty.

“Teenage girls are not voluntarily leaving sport, they are being pushed out as a consequence of deep-rooted gender

stereotypes. We must all do more to reverse this trend and not continue to accept this as inevitable.”

The charity is calling for sport, leisure and education sectors to keep girls engaged in sport, especially during the transition from primary to secondary school and during puberty.
Add Comment