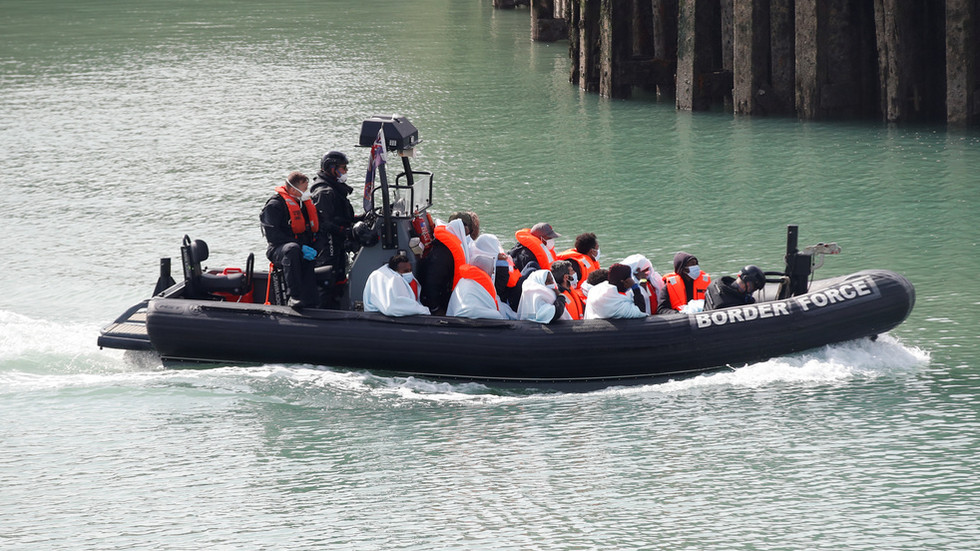 London and Paris have signed a new deal in an attempt to prevent illegal immigrants from crossing the Channel on boats. The agreement will see more police, drones, and other technology deployed to control movement.
The number of French police personnel patrolling the coastal area will double, in accordance with the agreement reached on Saturday. Those officers will be using drones and radars to make their work more effective, UK Home Secretary Priti Patel announced.

The deal, which comes into effect on December 1, will “make a difference” to the numbers of people trying to illegally cross into Britain, she said.

Migrants looking to smuggle themselves from makeshift camps in northern France to the UK have previously been a source of tension between the two nations, with London accusing Paris of not doing enough to curb the flow of people.

But now Patel and French Interior Minister Gerald Darmanin insist that it is a "shared mission” for the UK and France to “make channel crossings completely unviable.”

The home secretary said the UK has given France 150 million pounds (167 million euros) over the last decade to tackle illegal migration.

This year, French police have already stopped some 5,000 people from getting to Britain, she added.

The shadow home secretary, Nick Thomas-Symonds, insisted that the deal with France “alone was not enough” to solve the problem. Instead, the Labour politician advised the government to finally establish safe and legal routes for migrants to enter the country.

Amnesty International UK also blasted the agreement, with its refugee programme director, Steve Valdez-Symonds, insisting that London’s “reckless” policy of shutting down all possible entry opportunities for migrants was only increasing the risks for people who have already suffered enough.

It is reported that this year alone, some 8,000 people crossed the Channel in search of a better life in Britain. They used rubber dinghies, kayaks, and life jackets, with the journey ending in tragedy for some. In 2020, seven people were confirmed to have drowned.

Other routes employed by migrants include ferries, as well trucks and trains traveling through the Channel Tunnel.
#Priti Patel
Add Comment